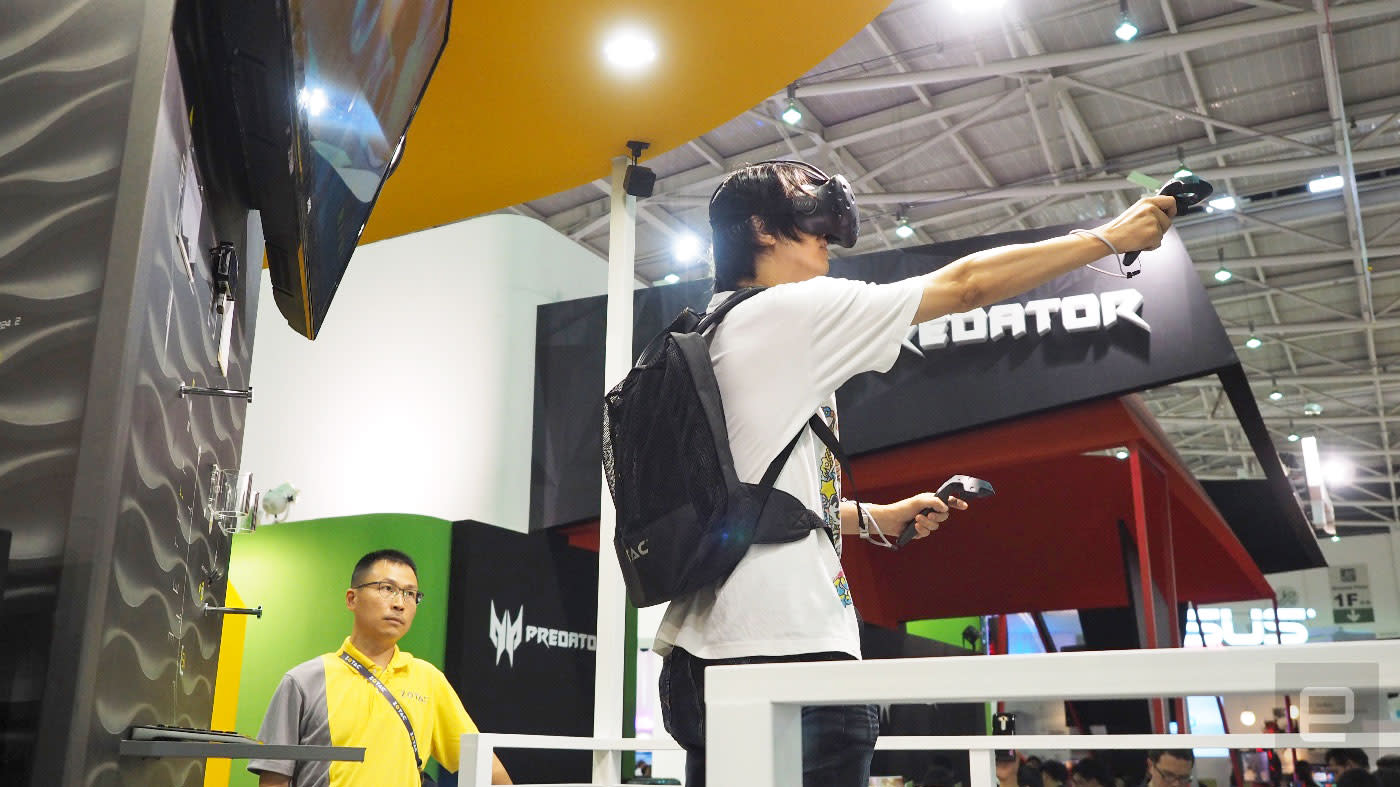 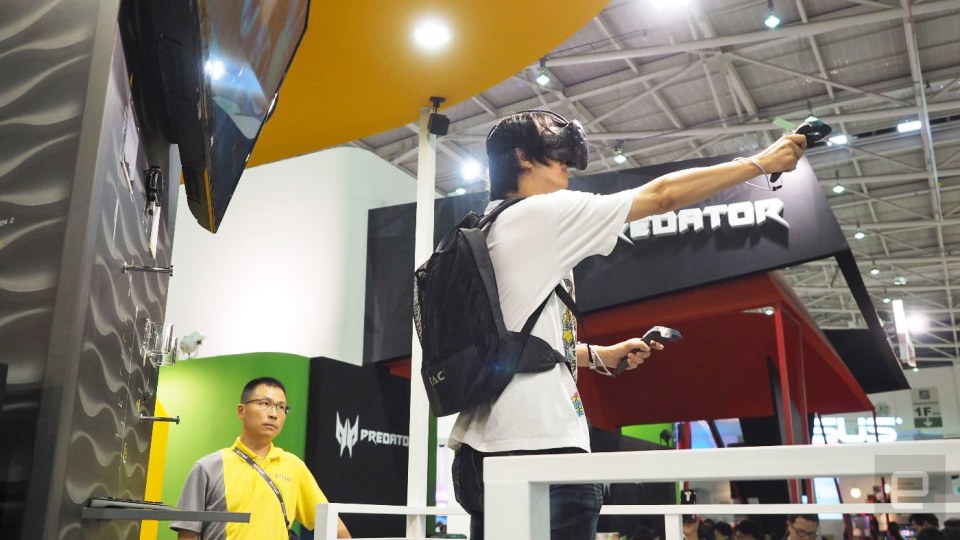 This is the year of virtual reality. In 2016, consumer versions of three major VR headsets -- the Oculus Rift, HTC's Vive and the PlayStation VR -- have or are about to hit store shelves, while smartphone-based models like the Gear VR are growing in popularity. But even as VR gains momentum, it's still an enigma for most people. This was never more apparent than in the halls of this year's Computex in Taipei. VR was front and center, but instead of traditional game demos, we saw examples of curious and niche applications that suggest the use case for VR is still evolving.

Take the VR rower I tried a few days ago, which had me wearing an HTC Vive while using an ergometer. I do like the idea of pretending you're paddling in a kayak rather than on a stationary rower, but it doesn't seem very practical for most consumers as it requires the investment of not just a VR headset but a specialized computer. How many people will buy this? Will gyms and fitness centers cough up the cash for it? If they do, how will they solve the issue of the sweaty headset? (Believe me, it's a real issue.)

The same goes for the Birdly flight simulator. It's admittedly pretty cool to flap your arms as wings, but the use case seems extremely niche -- it's for just the one game! And if consumers like you and me aren't going to buy it, who will? Arcades? Luxury health clubs? Will they then offer rentable headsets for each customer? This is an example of hardware looking for an audience.

Besides, the technology itself doesn't seem to be fully baked. The most glaring example of this are VR backpacks, which aim to solve the wire nest problem of current headsets. I tried out the MSI Backpack PC here at the show, but HP released something similar last week as well. Another company, Zotac, didn't even bother creating a special chassis for the PC; it simply crammed one of its VR-ready mini PCs into what looks like a regular canvas backpack and then connected a Vive to it.

The whole concept is extremely silly and impractical, with the clunky setup making virtual reality look even dorkier than it already is. Plus, these VR backpacks are really just stopgap measures until companies like Oculus and HTC figure out a wireless solution. It all seems as if the VR industry is still messing around with half-baked ideas. And this is a problem because right now we're here (thousand-dollar gaming PCs and bulky VR headsets connected with inch-thick wires), when we need to get to there (seamless, VR entertainment that's as immersive as Holodeck of "Star Trek").

Despite the barriers, however, it's clear that VR has momentum. Google announced its Daydream platform a couple weeks ago, which could lead to a whole new generation of VR-compatible smartphones. Microsoft entered the fray earlier this week by opening up its Windows Holographic technology to VR use cases.

And even though virtual reality is expensive right now, it'll get more affordable -- and accessible -- in the future. AMD, for example, just announced a $200 VR-ready GPU, which is far cheaper than anything else on the market. Of course, the technology will have to improve too.

But while we wait for the future to arrive, I guess we'll have to live with awkward PC backpacks and strange flapping-bird contraptions at technology trade shows.

In this article: computex, computex2016, gaming, gear, personal computing, personalcomputing, virtualreality, vr, wearables
All products recommended by Engadget are selected by our editorial team, independent of our parent company. Some of our stories include affiliate links. If you buy something through one of these links, we may earn an affiliate commission.