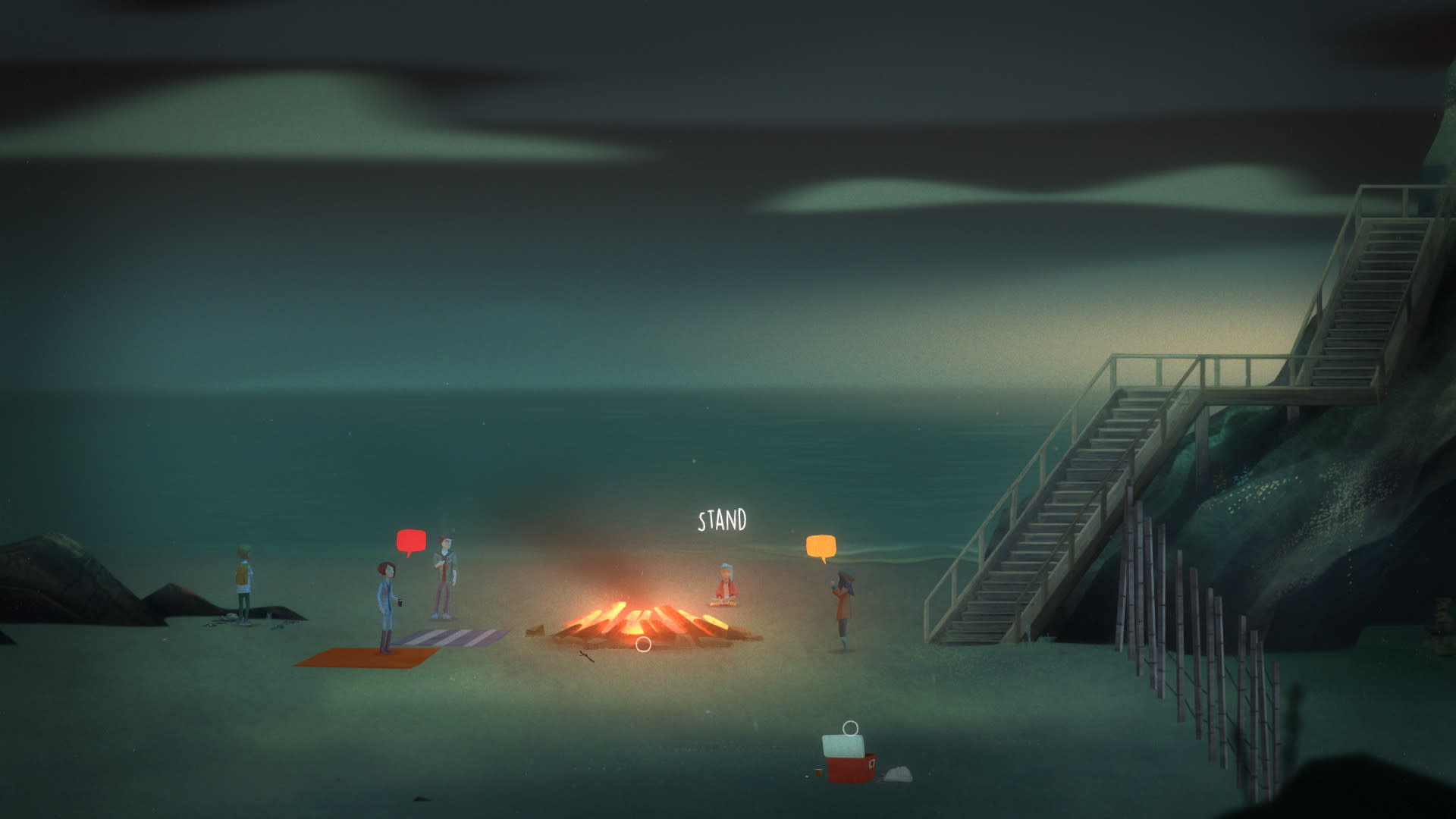 In the recent hit game Inside, you play a child on the run through a mysterious and horrifying surveillance state straight out of 1984. Oxenfree stars a group of teenagers with a complicated history arriving at a spooky island for an ill-advised camping trip. Life Is Strange puts you in the shoes of a young girl at a boarding school with burgeoning time-warp powers and messed-up friends. The common thread among these three highly acclaimed indie games is obvious: They star youthful protagonists facing confusing coming-of-age moments in worlds tinted by magic and mystery. They're what you might call "young adult" video games.

But these games -- and popular "YA" works in other mediums, such as the Netflix series Stranger Things -- tell us something about what YA has become. Over the past few years, "young adult fiction" has become less of a demographic for book readers, and more of a genre in its own right, like sci-fi or true crime. It used to be that young adult fiction was regarded strictly as books aimed at children aged 13 to 17, but many of those titles appeal to a much broader age range. In fact, young adult fiction is hugely popular among grown-ups too, with Nielsen reporting last year that over 80 percent of all YA book sales were made to adult readers.

With such broad appeal, it was inevitable the young adult genre would soon colonize film and television with massive multimillion-dollar franchises. Now YA has taken root in video games too -- and it's thriving.

What defines "young adult" as a genre? Settings span from high fantasy to science fiction to magical high schools, while a lot of stories are set in ordinary places with ordinary people. But there are two common elements. First, while any good story is about change, YA embraces a kind of all-consuming transformation as its core theme. It is, in essence, about leaving behind an old self and (sometimes reluctantly) embracing a (sometimes frightening) new one. You could call it growing up.

The second tenet of young adult is, of course, youthful protagonists. With young characters as its focus, the transformative moments -- whether they're about graduating high school, falling in love or leading a postapocalypse rebellion -- are new to them as they enter a larger, more disorienting world. And the emotional stakes are therefore heightened: Sometimes falling in love or becoming unpopular really is the end of the world. The effect of these stories, when executed well, is that they stir emotions not just in young readers/viewers/gamers, but in adults as well, who might remember their own first encounters with this "young" kind of startling transformation.

Video games are in an ideal position to tap into the transformative power at the center of young-adult stories. This is partly thanks to the way video games demand that the player directly interact with and exert control over the characters. In Inside, you're pushing your young child protagonist forever toward the right of the screen. He is pursued by dogs, murderous soldiers and plenty of other brutal obstacles, but the boy never stops pushing right. The child remains largely unknowable throughout his journey, but as you put together pieces of the story, you begin to see that this is -- at the risk of spoilers -- a journey of complete transformation from a young boy into ... something else entirely.

The puzzle portions of Inside are more recognizably "video gamey," but I think they detract from the experience. A far more subtle game mechanic is all Inside needs to invest the gamer with the story's transformative core: pushing right on the control stick. In a side-scrolling video game, it's inevitable that you push further and further right, even if you don't understand why; even if you don't want to. It's like growing up. You have no choice. And Inside is fundamentally about the young boy's lack of choice in becoming something else.

Oxenfree is blessedly lighter on puzzles. In the game, you control Alex, a young girl who stands on the precipice of major life changes with the recent passing of her brother and the introduction of her new stepfamily. Oxenfree is built around a unique gameplay mechanic: conversation. Usually, video game dialogue choices boil down to three Bioware-style choices: positive, negative or neutral. Instead, Oxenfree's dialogue offers nuanced choices (a favorite line: "You think contemplating annihilation makes you special?"). Also, the conversation doesn't wait for you; the other characters will move on with or without main character Alex's participation. In this way, Oxenfree's story is all about the navigation of complex, burgeoning relationships. Through your dialogue choices, you can steer Alex over the course of the game's magical-realist events to become wiser and more mature by the end of the trip, or just more jaded.

Life Is Strange takes a more heavy-handed approach to conversation, with plenty of painfully awkward stabs at "hip" dialogue, but its earnestness has its own kind of endearing charm. More successful is its time-warp mechanic, which allows the main character, Max, to come to terms with choice and consequences. As the player, you steer Max as she travels back and forth through time, grappling with the realization that even seemingly simple choices can lead to major consequences for her and her friends. In the game, your actions shape the world that Max inhabits, and who she and her friends ultimately become. A still from Life Is Strange.

These games strike markedly different tones: Life Is Strange is more earnest and didactic, like an after-school special, but is populated with several well-drawn characters, particularly Max's troubled and rebellious best friend, Chloe. Oxenfree remains truer to the spirit of real-life teens, so much so that their web of relationships overshadows the light horror story that underpins it.

Inside, meanwhile, is a horror story that has more in common with Lars Von Trier than The Hunger Games, but nonetheless it crafts a unique young-adult story that's effective only in the form of a video game. (This same story, I suspect, might be too much of a tough sell for even the most adventurous book publishers.)

In their marketing, these games were free from the baggage of demographic targets or any cynical big-budget Divergent-style franchise agenda. They have been exempt from any conversation about which bookshelf they would belong on, or what their MIAA rating would be. They were small, beautifully told stories marketed to all gamers, and warmly received by the press as fine examples of the medium. They are artistic creations that further establish "YA" as a genre, and not just a demographic.

In this article: art, av, culture, gaming, Inside, lifeisstrange, opinion, Oxenfree, YA, youngadult
All products recommended by Engadget are selected by our editorial team, independent of our parent company. Some of our stories include affiliate links. If you buy something through one of these links, we may earn an affiliate commission.