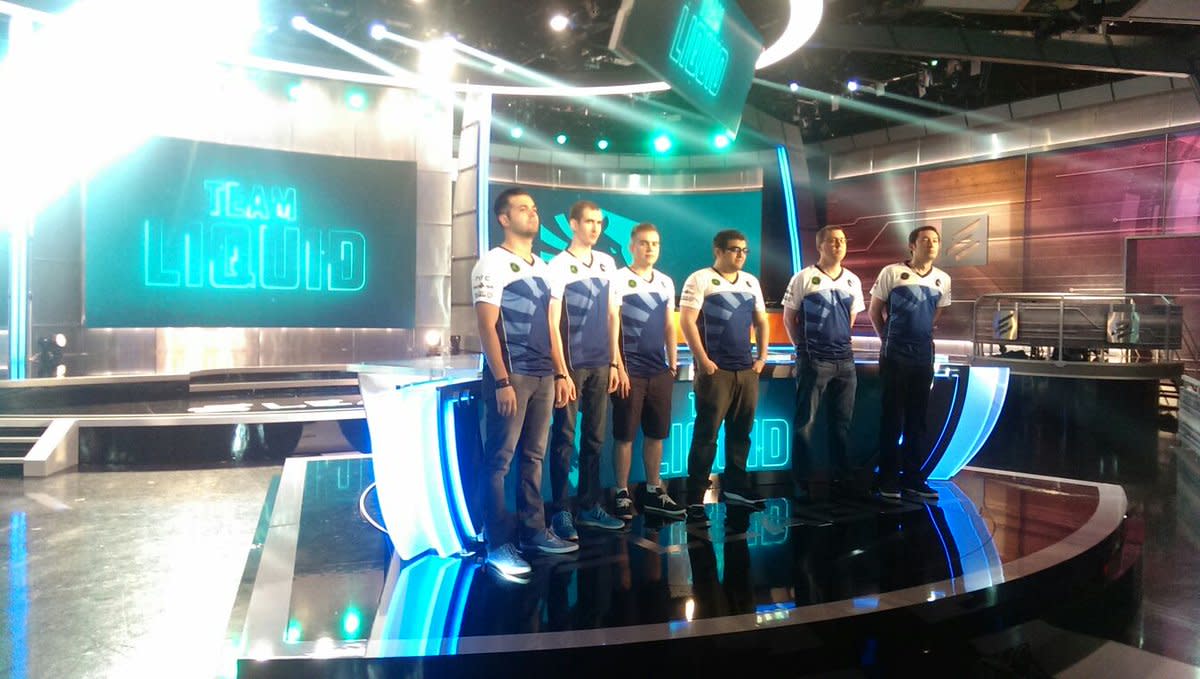 While 2016 has been a great year for eSports exposure — several championships have gotten screen time on ESPN networks — it's also been a great year for money. Not only is it estimated to grow to a $500 million industry this annum, but traditional sports conglomerates like the Philadelphia 76ers and German soccer club FC Schalke 04 are buying pro gaming teams outright. But the latest news isn't just another purchase deal. An odd assortment of entertainment and investors created aXiomatic, an ownership group dedicated to scooping up eSports teams, and are starting off by purchasing one of the more famous ones: Team Liquid.

The Netherlands-based pro gaming organization started as a clan on Blizzard's Battle.net gaming network in 2000, but today, it's a powerhouse with 50 players across 10 teams for League of Legends, Dota 2, StarCraft 2, CS: GO, and others. Current Team Liquid co-CEOs Steve Arhancet and Victor Goossens will keep those positions, and both assured in a blog post that their roles are even more secure now that they are not sole owners.

The ownership group, aXiomatic, is composed of a slew of entertainment and sports executives. These include Mandalay Entertainment CEO Peter Guber, who is co-owner of the Golden State Warriors and Los Angeles Dodgers, as well as Magic Johnson, AOL co-founder Steve Case and entrepreneur Tony Robbins. They hope to build Team Liquid into a major sports entertainment franchise, according to Deadline.

Wizards, Warriors, and Magic: A Strategic Partnership for Team Liquid

More about our next adventure: https://t.co/8Y3SRICocd

In this article: aXiomatic, business, esports, gaming, ProGaming, TeamLiquid
All products recommended by Engadget are selected by our editorial team, independent of our parent company. Some of our stories include affiliate links. If you buy something through one of these links, we may earn an affiliate commission.