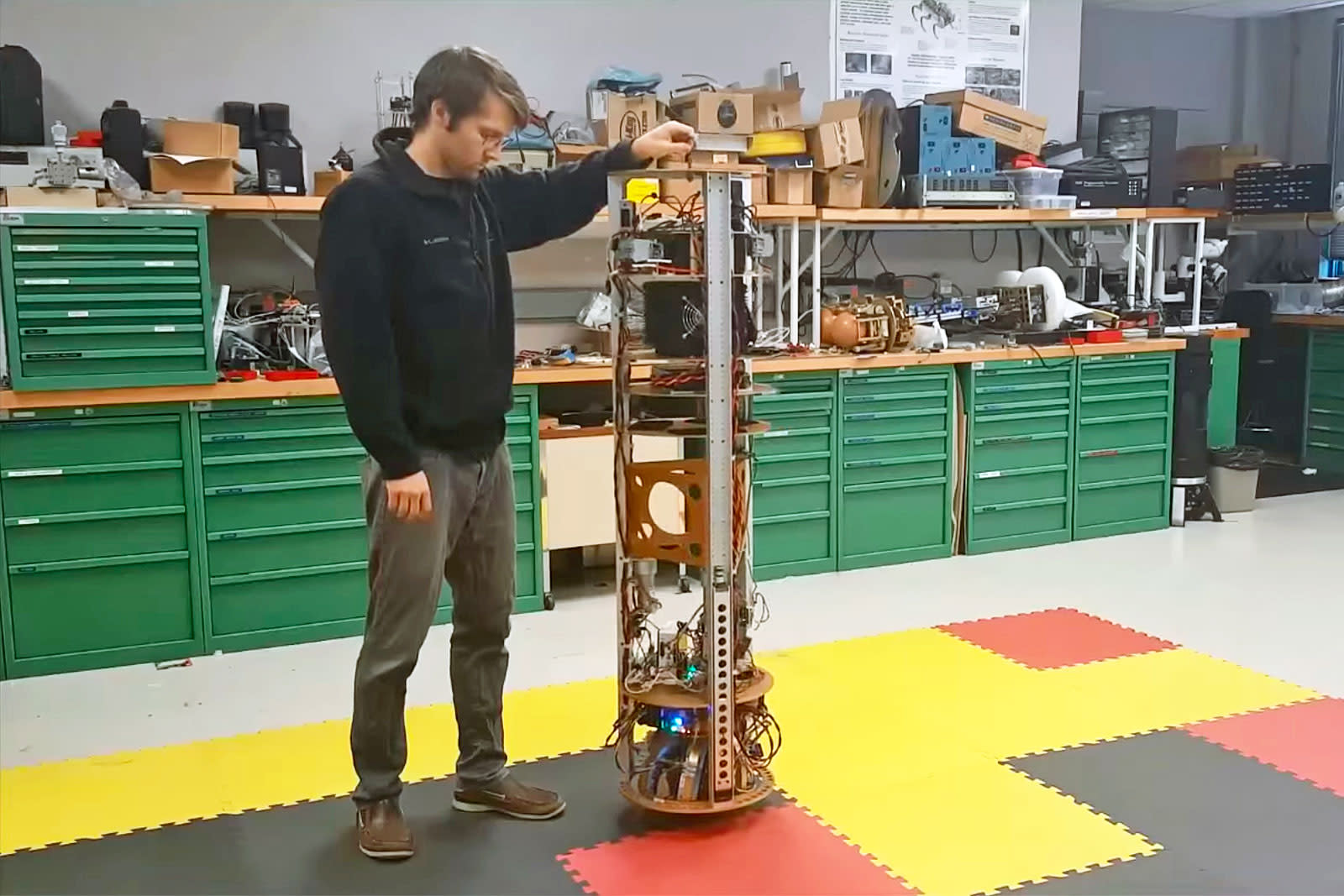 Robots don't have to be overly complex to perform more than basic tasks. Carnegie Mellon University researchers have created SIMbot, a human-sized cylindrical robot that gets around with only one moving part besides the robot itself: the ball at its base. It's a spherical induction motor that uses a combination of magnetic fields and clever math to move in any direction, including turning around in a complete circle. That not only allows for a much simpler (and thus more reliable) robot, but also permits very tall robots that won't easily tip over. You can even push SIMbot and watch it roll back into place.

Ball robots like this would only be useful in limited situations -- just ask Sphero how well its robots climb up stairs. However, it's easy to envision refined versions of SIMbot's technology proving useful in security robots. They'd both spend less time in the repair shop and have a better time navigating humans that aren't above the occasional shoving match. The Carnegie team also sees ball robots serving as guides, carrying packages and even helping you out of your chair. Don't be surprised if you eventually see these machines roaming hospitals and offices.

In this article: ball, ballmotor, carnegiemellon, robot, robots, science, simbot, sphericalinductionmotor, video
All products recommended by Engadget are selected by our editorial team, independent of our parent company. Some of our stories include affiliate links. If you buy something through one of these links, we may earn an affiliate commission.