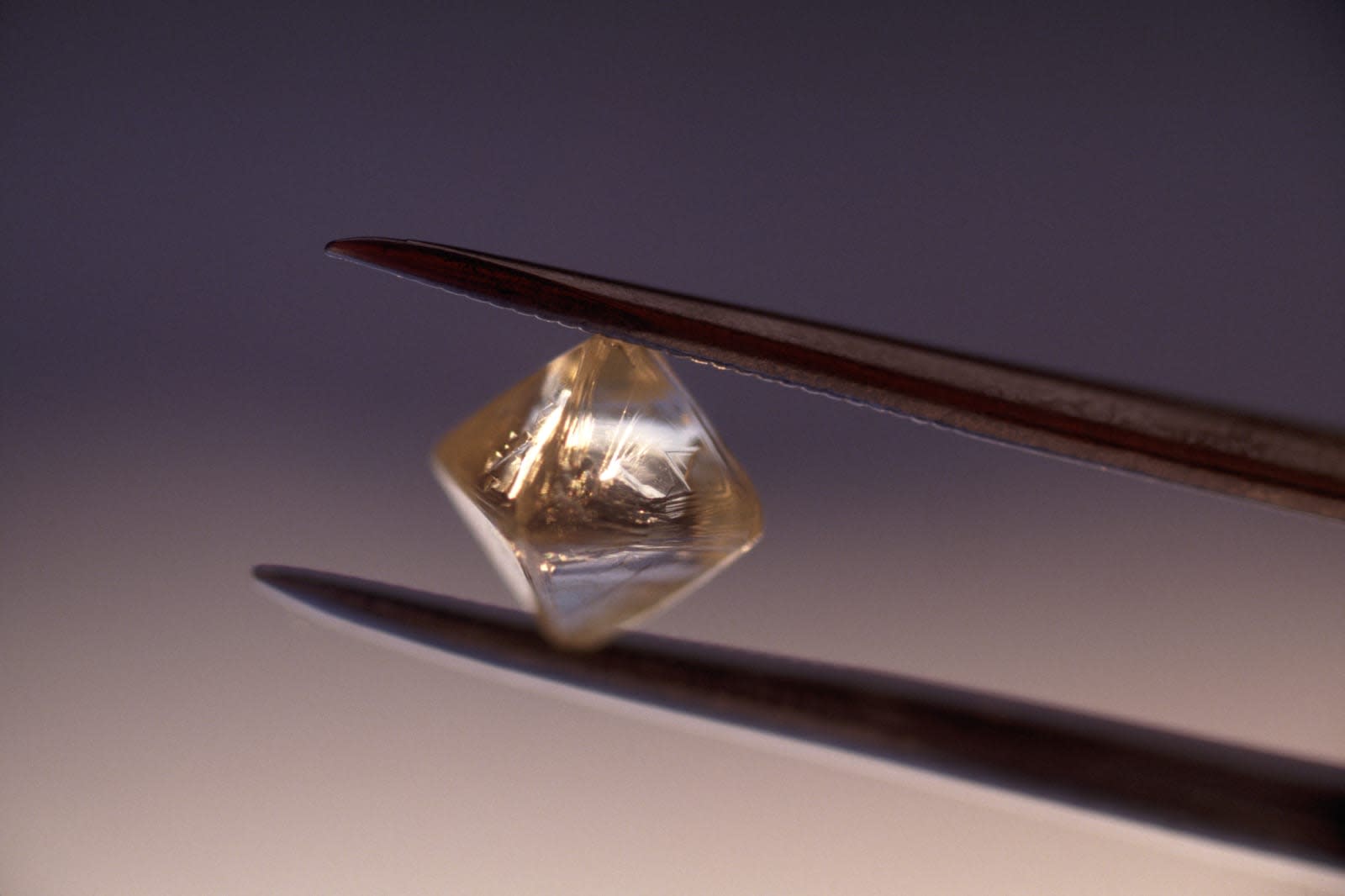 Nuclear waste is normally a major environmental headache, but it could soon be a source of clean energy. Scientists have developed a method of turning that waste into batteries using diamond. If you encapsulate short-range radioactive material in a human-made diamond, you can generate a small electrical charge even as you completely block harmful radiation. While the team used a nickel isotope for its tests, it ultimately expects to do this using the carbon isotope you find in graphite blocks from nuclear power plants.

The batteries wouldn't generate much power, but their longevity would be dictated by the life of the radiation itself. Researchers estimate that a carbon-based battery would generate 50 percent of its power in 5,730 years. Most likely, the batteries would be used in high-altitude drones, pacemakers, spacecraft and anywhere else replacing the battery is either very cumbersome or impossible. You could see interstellar probes that keep running long after they lose solar power, for example.

Any practical implementations are likely a long way off, and there are some conspicuous problems. Cost, for one. Diamond is expensive, so it might not be feasible to convert large amounts of nuclear waste into batteries. That's assuming the technology works as well as intended, too. Still, it raises hope that the leftovers from nuclear reactors won't just sit there posing a threat -- they might actually do us some good.

In this article: diamond, graphite, green, nuclearpower, nuclearwaste, science, TL16NuPwr, TL17RCYC
All products recommended by Engadget are selected by our editorial team, independent of our parent company. Some of our stories include affiliate links. If you buy something through one of these links, we may earn an affiliate commission.