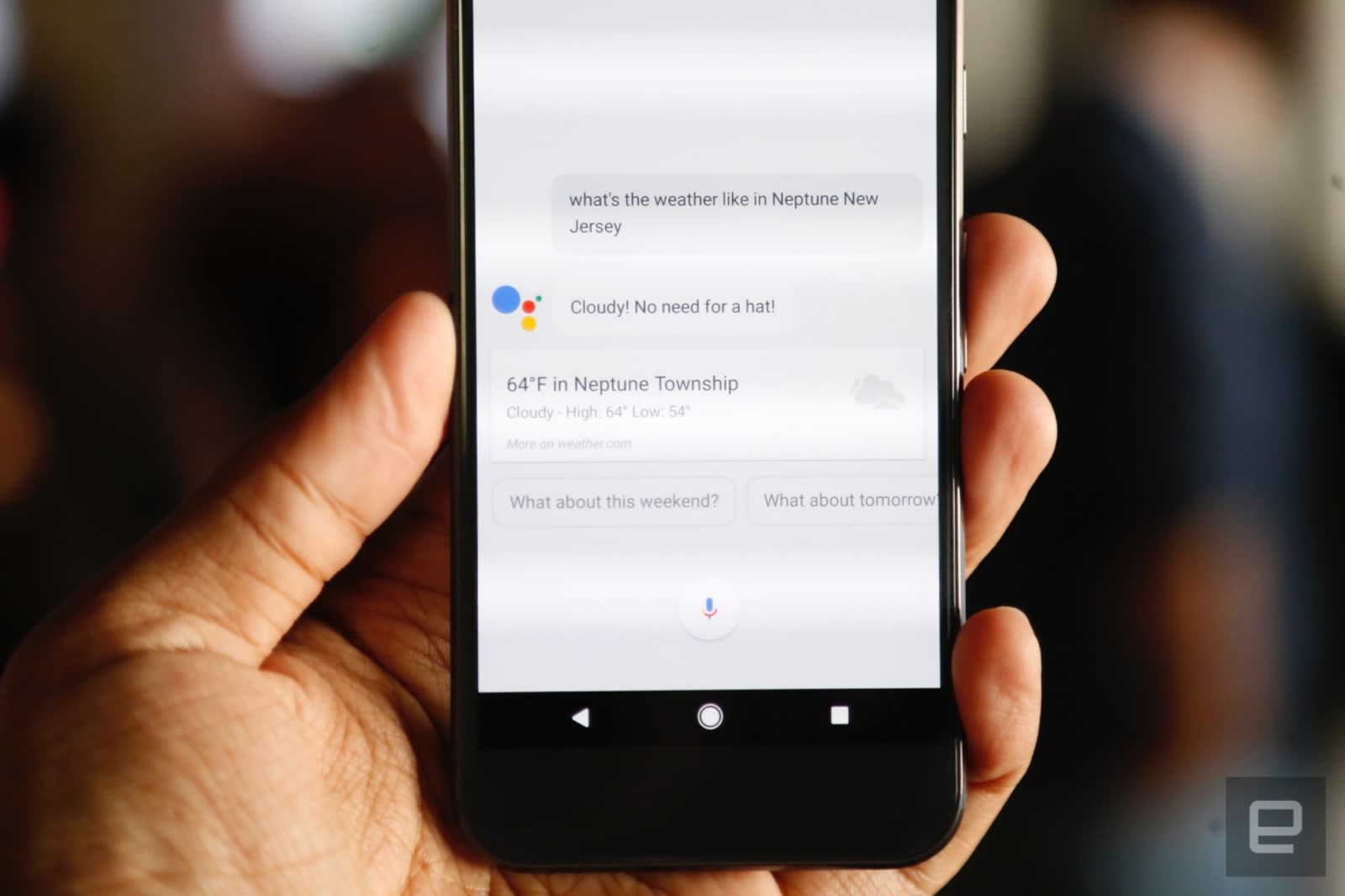 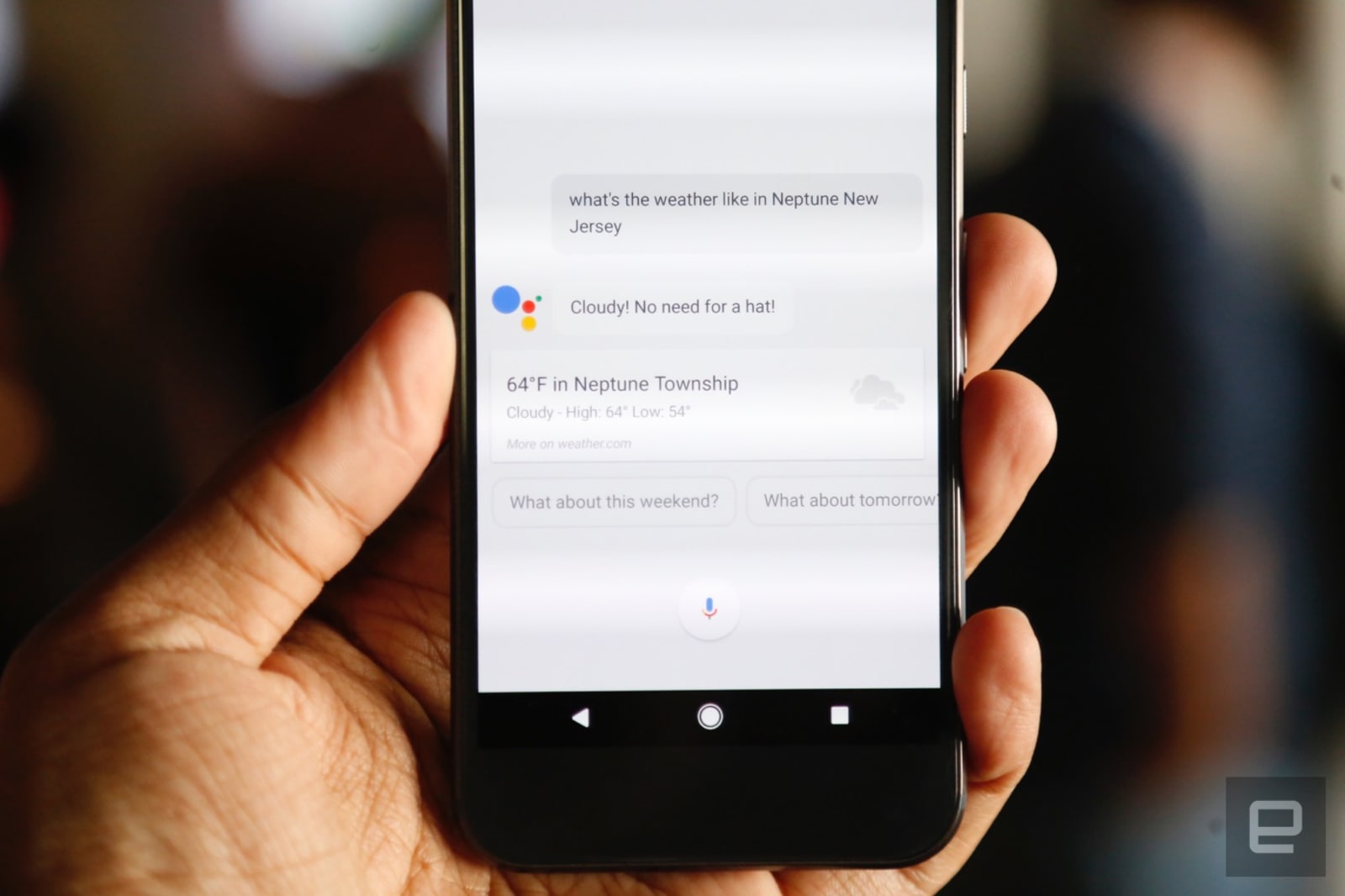 Google may have finally taken control of its hardware with the new Pixel phones, but the company's still focusing on software. In particular: artificial intelligence. The AI-powered Assistant is an integral part of its new phones, Allo messaging app and smart speaker, making for a more uniform and useful experience across all of Google's (and other brands') devices. If that sounds familiar, it's because Apple brought Siri to multiple platforms first.

Assistant brings voice control to the new Google Home smart speaker, in addition to the new Pixels, and lets you control your Chromecast playback with your voice. The goal, said the company's CEO Sundar Pichai, is to make Assistant "universally available." This means we can look forward to more integrations across other Google products, possibly including Chromebooks and Android wearables.

Imagine a not-unlikely future where you can use Assistant on your wrist to tell your Chromecast to pause Netflix when you go to the bathroom. You could even get rid of those Netflix socks altogether. Since Android Wear already offers built-in OK Google capability, it's not a stretch to imagine that being supplanted by Assistant. Again, that's similar to what Apple already allows for with Siri on Apple Watches and MacBooks. And just as Google is bringing its Android OS to televisions and (possibly) laptops, Apple has software that is the same (or very similar) across its TV, phone and tablet operating systems. It's one platform for all devices. The iPhone maker has long been criticized for its closed ecosystem, as Google has been hailed as a crusader for open platforms. But while Android remains an open OS, Assistant's rollout is reminiscent of other Apple tools such as HealthKit and HomeKit, where developers get access to APIs a period of time after launch. Of course, Google doesn't appear to have the intention of blocking access to Assistant's code, and unlike with HealthKit and HomeKit you can build Assistant into your own hardware. But it's worth noting that it's implementing features in a way that's more like its rival.

I'd be remiss if I overlooked the couple other players in the digital assistant space. Microsoft is making Cortana accessible and uniform across its phones and desktops, but it doesn't have the breadth across product categories to take on Google and Apple. And although Amazon's Alexa currently doesn't exist in phones or laptops, it's in a variety of speakers (Echo and Tap), the Fire TV and third party devices like this quirky smartwatch, and is catching up to Siri in what it can do and control.

Gallery: By the Numbers: The 'Made by Google' edition | 7 Photos Google's method has one glowing difference that sets it apart: its approach to and expertise in artificial intelligence. The Assistant showcase comes after a slew of announcements about machine learning, including those around translations and image recognition, that evidence the tech giant's commitment to AI. And while Microsoft and Amazon themselves have pretty advanced artificial intelligence, and are farther along there than Apple, Google's edge stems from its history of being the world's favorite search engine (and basically being in everyone's business). It has more historical data to refer to and more information to train its machine-learning systems on, which should make it smarter, faster.

Pichai said the company intends to create a "personal Google" for everyone -- a search engine-powered helper that knows exactly where all your pictures, receipts and emails are, as well as all of your upcoming events and their locations and how to get there. Although it may be later to the party than Apple was, the popularity and proliferation of Google's services, as well as its AI prowess, could very well make Assistant the digital helper of choice.

In this article: ai, alexa, amazon, Apple, ArtificialIntelligence, Cortana, DigitalAssistant, gear, google, googleassistant, GoogleHome, internet, MachineLearning, madebygoogle2016, microsoft, mobile, personal computing, personalcomputing, robots, services, siri
All products recommended by Engadget are selected by our editorial team, independent of our parent company. Some of our stories include affiliate links. If you buy something through one of these links, we may earn an affiliate commission.