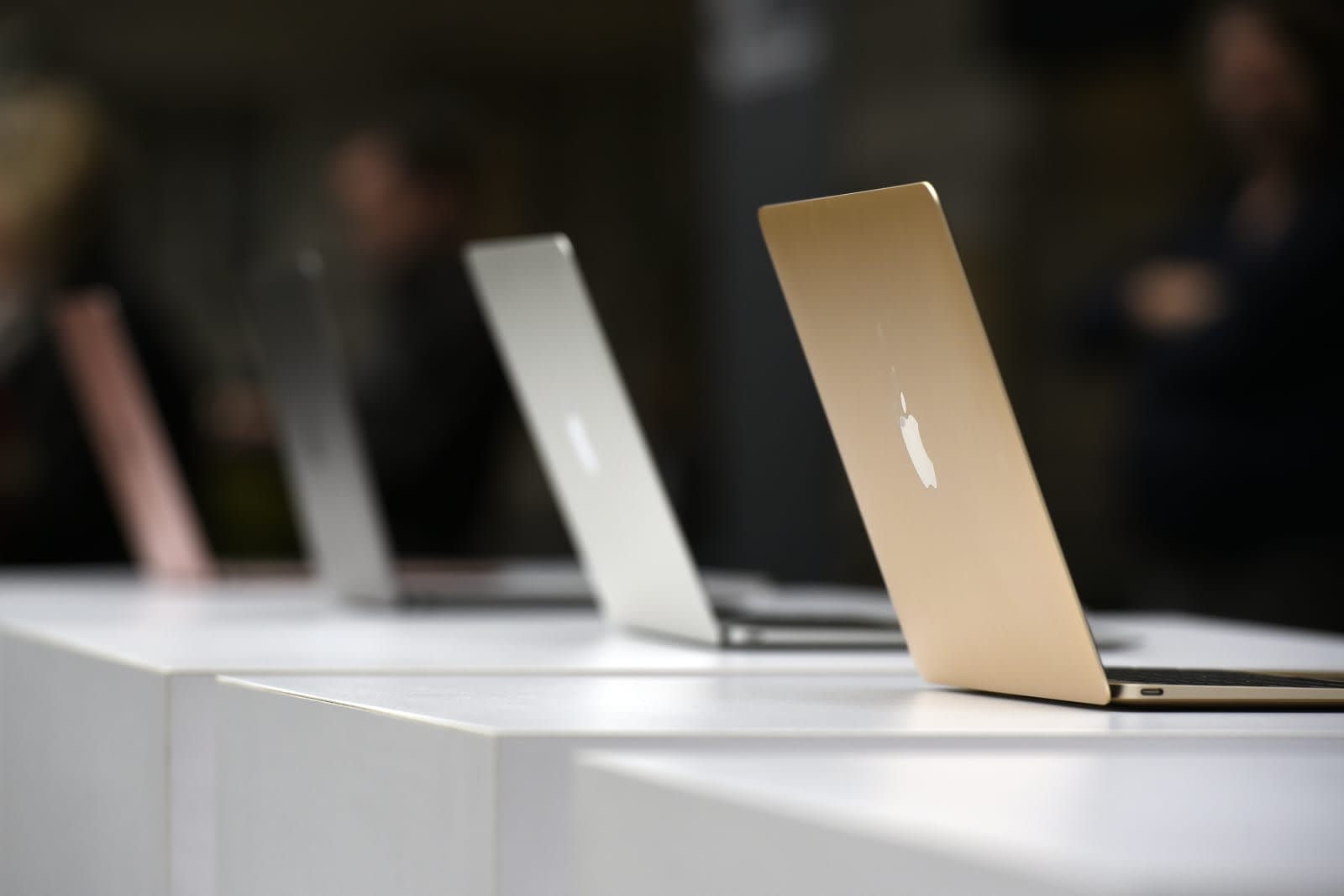 We hope you weren't expecting a new iMac or Mac Pro at Apple's "Hello Again" event... you might be disappointed. KGI Securities analyst Ming-Chi Kuo (who has a mostly good track record for Apple rumors) now expects that the October 27th media gathering will focus solely on MacBooks. The highlight would be a long-rumored MacBook Pro redesign with USB-C ports and OLED touch strips. They would use Intel's Skylake-based processors, he says (what, no Kaby Lake?), but they'd get longer battery life, up to a 2TB solid-state drive and a possible "MagSafe-like" power adapter from either Apple or a third party.

And those rumors of a refreshed MacBook Air? They're on the right track, if you ask Kuo, but it's not clear that you'll get the same ultraportable with a few tweaks. He simply says that there will be a "13-inch MacBook" -- it could be a slightly larger, hopefully more capable version of the 12-inch MacBook you've known since 2015. While there could be a spruced-up Air (particularly if Apple wants to court the sub-$1,000 crowd), it seems unlikely that Apple would reserve stage time for an update minor enough that it could be covered by a press release.

Everyone else would have to be patient. Kuo believes that new iMacs and a stand-alone 5K display are in the cards, but not until closer to the middle of 2017. There's no mention of Mac mini or Mac Pro updates, either, although those could conceivably arrive without taking up any event time. Whatever happens, the absence of desktops would make sense. Intel isn't releasing desktop Kaby Lake processors until January -- Apple can't use chips that aren't ready yet. If MacBooks are all you see, though, it'll still show that Apple hasn't forgotten its original business.

Source: MacRumors
In this article: apple, computer, gear, kgi, KgiSecurities, laptop, macbook, macbookpro, magsafe, ming-chikuo, pc, personal computing, personalcomputing
All products recommended by Engadget are selected by our editorial team, independent of our parent company. Some of our stories include affiliate links. If you buy something through one of these links, we may earn an affiliate commission.