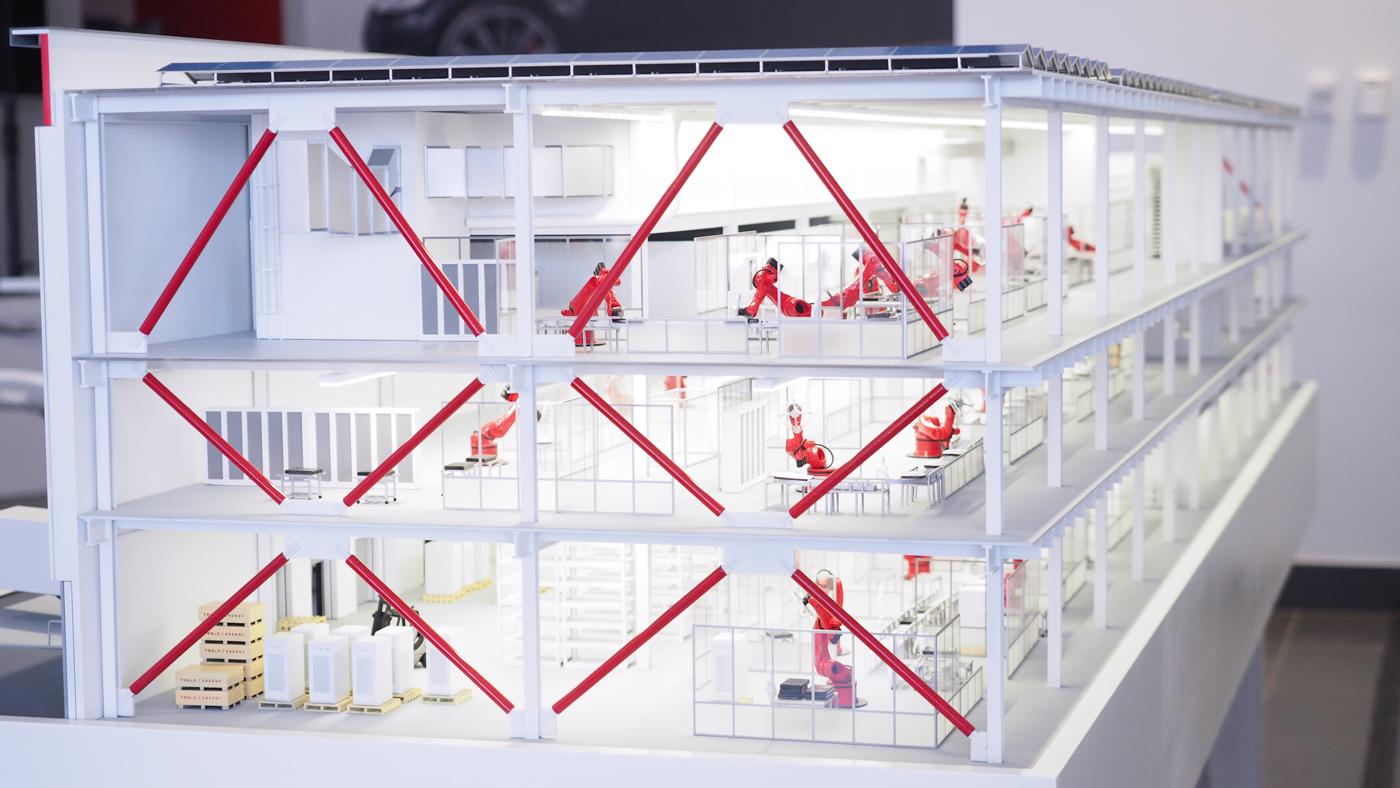 Nevada governor Brian Sandoval has announced that Tesla will bring some of its manufacturing for the Model 3 across from California. At a speech outlining policy initiatives for the last two years of his term, Sandoval revealed that the car company will build electric motors and gearboxes in the state.

The new lines will be installed at the Gigafactory, Tesla's 4.9 million square foot battery plant that it's building along with Panasonic. According to Fortune, the deal will create 550 new jobs at the facility, based in Storey County.

The news goes some way to answering the question as to how Tesla will build more than 400,000 of its new Model 3 cars in a reasonable time frame. Demand for the affordable EV vastly exceeded Elon Musk's wildest dreams, sending the company into something of a spin.

By moving the bulk of the drivetrain construction to the Gigafactory, Tesla's main Fremont facility in California will have more space to construct the rest of the vehicle. But even then, there are still issues for a business that has yet to ship a quarter of the Model 3's expected demand in a single year.

In 2016, Tesla managed to deliver 83,992 of its cars to customers, its most successful year as a car company. By 2018, it'll need to produce at least twice that figure on an annual basis or risk angering pre-order customers.

In order to cope, Tesla is raising a war chest apparently worth upwards of $2 billion and has recently purchased an automation company. Not to mention that you'd be quite foolish to bet against Elon Musk when he's got all those rockets on standby.

This post has been amended to correct the location of Tesla's Gigafactory.

In this article: 3, BrianSandoval, ElonMusk, gear, Gigafactory, green, Model, Model3, Nevada, NorthLasVegas, Panasonic, politics, Tesla, TeslaModel3, transportation
All products recommended by Engadget are selected by our editorial team, independent of our parent company. Some of our stories include affiliate links. If you buy something through one of these links, we may earn an affiliate commission.