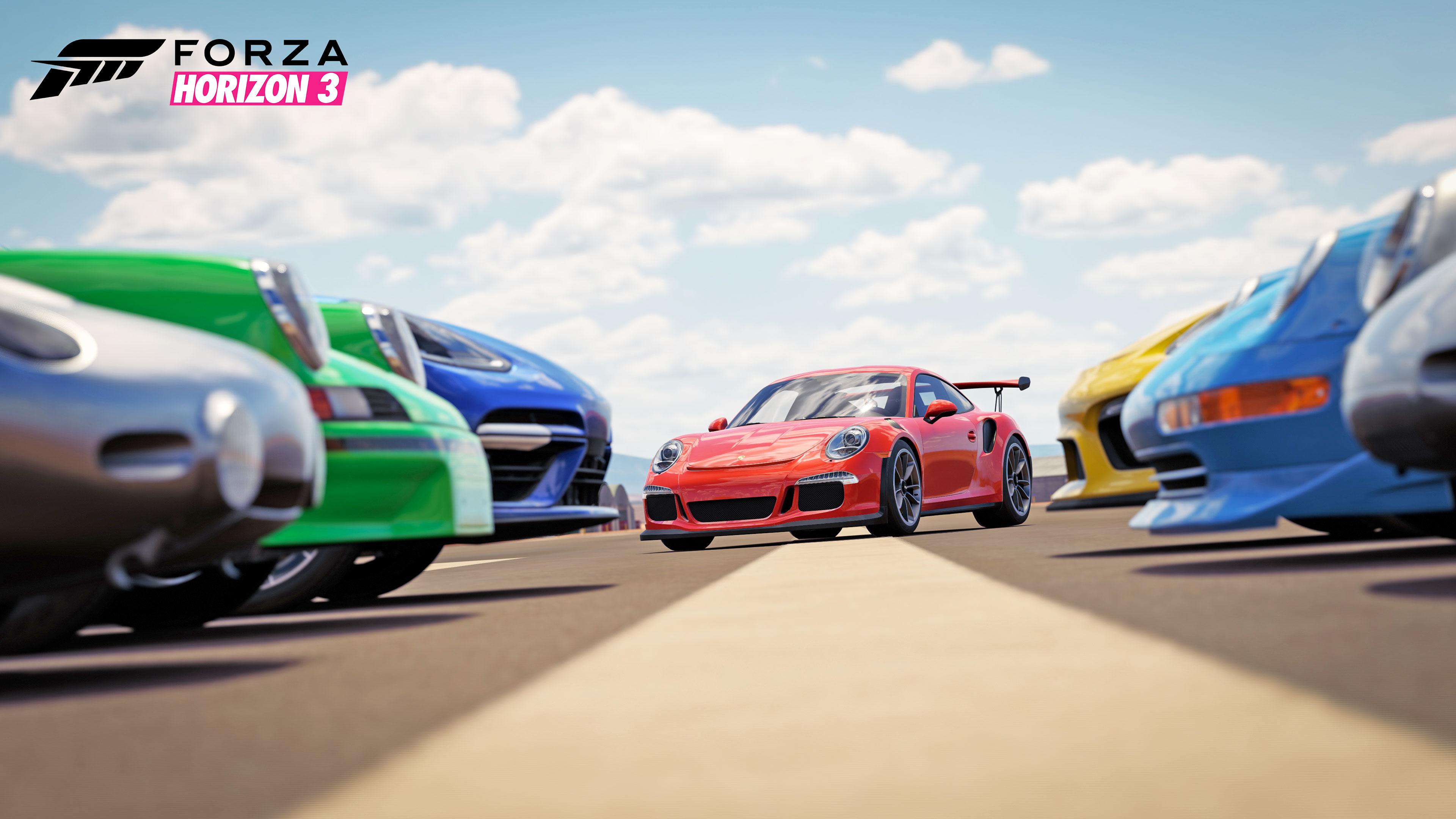 Porsche has just signed a six-year partnership with Microsoft, confirming its iconic cars will be making their first appearance in Forza Horizon 3. Kicking off the new deal is Forza Horizon 3's Porsche Car Pack, a new DLC bundle out now which brings seven different Porsche vehicles to the game. With Forza boasting gaming's largest online racing community, Porsche has also chosen to align with Microsoft for its first ever sponsored eSports tournament. Both PC and Xbox One players can now register to compete in Forza Racing Championship Season 3: The Porsche Cup, which boasts a prize pool of $100,000.

With the Forza Racing Championship amassing over a billion impressions across its first two seasons, it's easy to see why the automobile firm chose Forza over the competition. Wanting to entice both simulation and arcade racing fans, Microsoft is allowing Season 3 players to participate in either Forza Motorsport 6 or Forza Horizon 3 competitions. In a bid to soft launch the season, Porsche and Microsoft are holding the Forza Racing Championship 2017 New York invitational on April 15-16th. This invitational tournament will see players competing for $25,000, with Season 3 proper kicking off on May 1st.

Porsche content is only just coming to Forza because the prestigious brand previously signed a 16 year exclusivity deal with EA for Need For Speed. Yet, with EA's racing franchise slowly losing its dominance, it looks like this time -- Porsche is spreading its bets. As well as the lengthy partnership with Microsoft, the car manufacturer also announced that selects cars will also drift into Sony's upcoming GT Sport.

Still, Porsche's shift from a multi-platform sponsorship deal to a Microsoft only agreements shows just how successful the Forza series really is. With the Gran Turismo series being out of the game for quite some time now, the pressure is definitely on if GT Sport is to take back Sony's long-lost racing crown.

In this article: av, forza, forza horizon 3, gaming, microsoft
All products recommended by Engadget are selected by our editorial team, independent of our parent company. Some of our stories include affiliate links. If you buy something through one of these links, we may earn an affiliate commission.