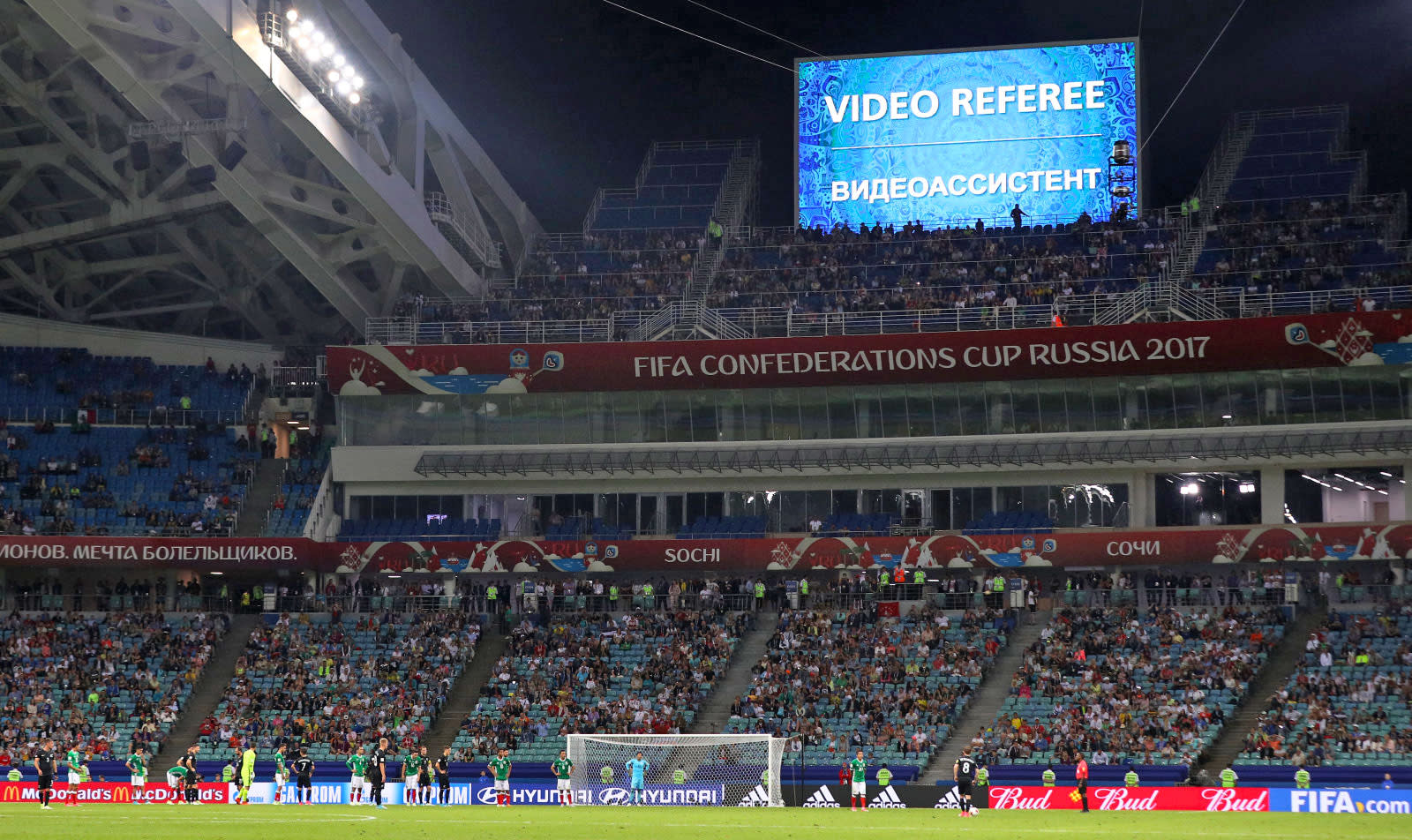 Goal-line technology and Video Assistant Referee are just the beginning.

Soccer is the most popular sport in the world. It may not be as big as American football, baseball or basketball in the US -- at least not yet-- but there's a much larger interest in it here now than five or 10 years ago. One of the problems with soccer is that, unlike pro sports organizations such as the NFL, NBA or MLB, it has never been quick to adopt new technology. For decades FIFA, the sport's governing body, opposed cutting-edge ideas that could keep referees from making the wrong calls. "We shall rely on human beings," former FIFA President Sepp Blatter said in 2002. "Players make mistakes, coaches make mistakes and yes, sometimes referees make mistakes. But football is passion, football is emotion. Football has a human touch."

Blatter, whose FIFA term lasted 17 years until he resigned in 2015, added back then, "In my opinion, as long as I am in charge, I will make sure no technical help will be introduced." But things have obviously changed since he made those statements. Fifteen years later, Blatter's no longer at the helm -- he stepped down over a corruption scandal. Still, along the way, he seemingly changed his views on technology and greenlit two projects that FIFA hopes will usher soccer into a new era: GLT and VAR, short for goal-line technology and video assistant referee, respectively. 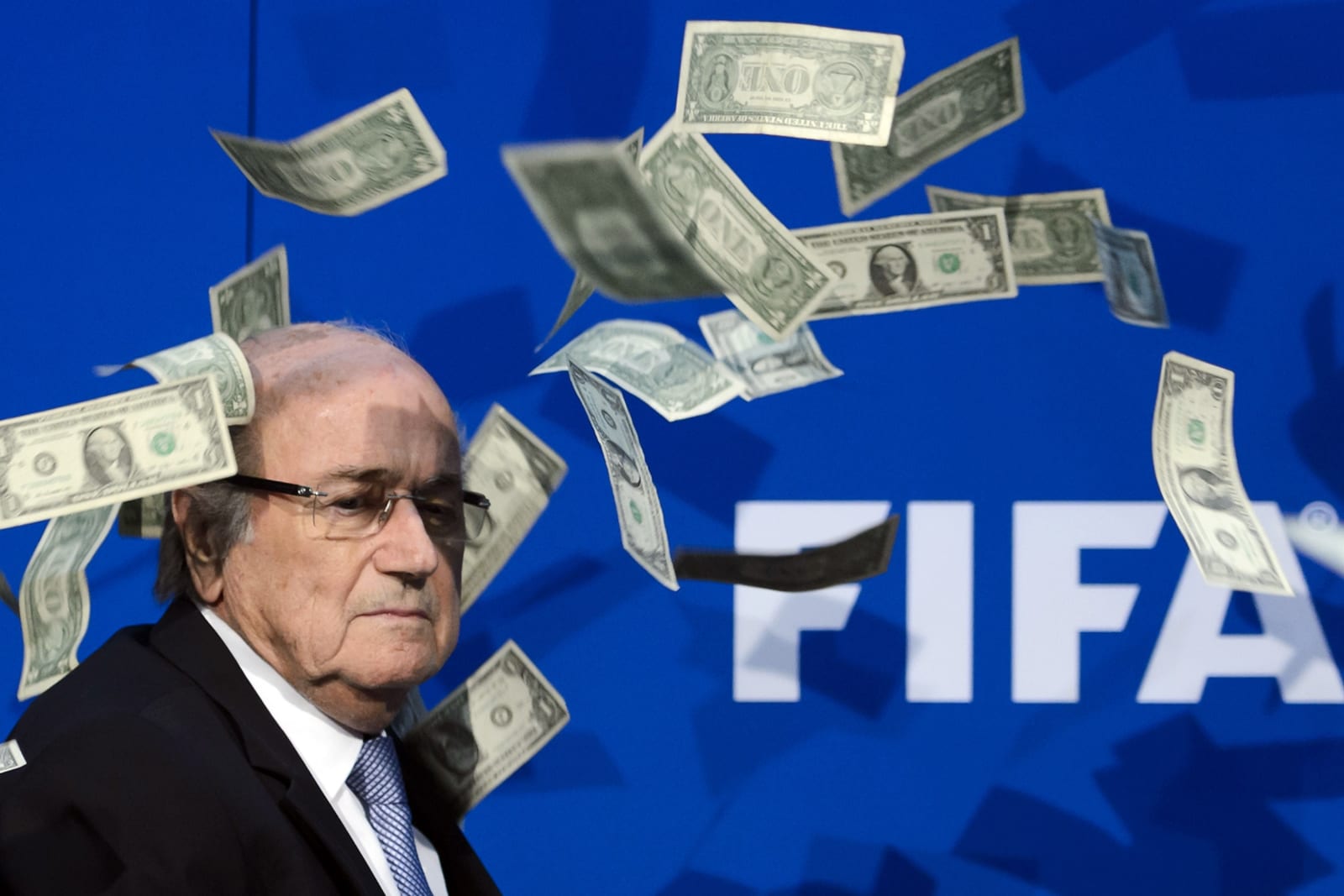 The driving force behind these changes is the International Football Association Board, whose mission is to "serve the world of football as the independent guardian of the laws of the game." IFAB is headquartered in Zurich, the same place as FIFA, and is responsible for ensuring there are principles, practicalities and protocols in place for GLT and VAR. And even though professional soccer leagues aren't required to use these technologies, it's imperative that there's a set of standards in place should they choose to do so.

In 2012, IFAB approved testing for GLT, which consists of a set of electromagnetic antennas around the goal posts that are complemented by six to eight high-speed cameras that shoot at 500 frames-per-second. The system, developed by Hawk-Eye Innovations, a Sony-owned company, determines when a ball crosses the goal line in its entirety, then transmits that information to a watch referees wear. Had this technology been in place years ago, many moments in soccer history might have had a different outcome. Remember 2010 World Cup, when England's Frank Lampard had a goal disallowed because the referees on the field missed the ball crossing the line? Poor England.

FIFA tested goal-line technology for the first time in an official tournament at the 2012 FIFA Club World Cup in Japan, after two years of internal trials. It went so well that today some of the most important leagues around the globe are using the tech, including England's Premier League, Germany's Bundesliga, France's Ligue 1, Italy's Serie and the Netherlands' Eredivisie. GLT has also been used at the international level, during the 2014 World Cup Brazil, when France became the first team to benefit from the system at FIFA's elite event. A referee originally ruled no goal on a shot from French player Karim Benzema, but the decision was changed after checking the goal-line technology system. 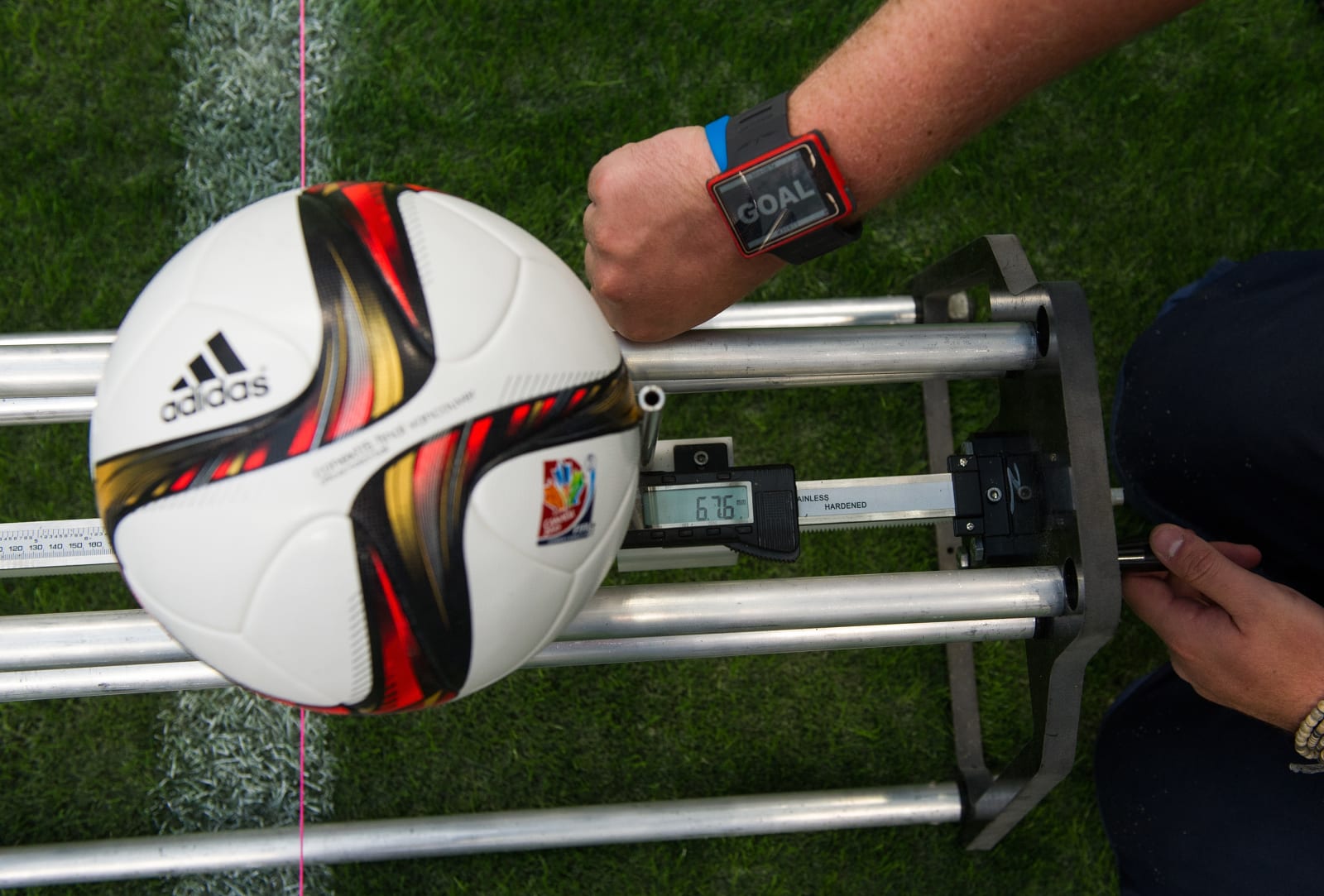 A test of goal-line technology.

Video assistant referee, meanwhile, is exactly what its name suggests. If there's a questionable play on the field, referees are able to check a video replay to help them make the right call. The caveat is that not everything can be reviewed in games, only the following:

VAR was approved for testing in official matches just last year, but it's already been used during high-profile international tournaments like the 2017 Confederations Cup in Russia last month. FIFA says it plans to use it during next year's World Cup as well. And while it's great to see FIFA finally embracing technology, it's hard to believe it took it so long to implement something as elementary as video replays. The NHL, NFL, NBA and MLB, began experimenting with it in 1991, 1999, 2002 and 2008, respectively.

"Football has been fairly reluctant to introduce technology because it has to be applicable everywhere, in professional football, also in grass-roots football," the secretary of IFAB, Lukas Brud, told Engadget. He says it wasn't so much that IFAB or FIFA weren't eager to bring tech into the game, but that they needed it to make sure the solutions available to them worked well in practice. And developing something that works for everyone takes time, especially because it involves not just the referees, coaches and players, but also broadcasters.

To help along the way, Brud says IFAB worked with the NBA, NFL and MLB to understand the benefits and challenges of using video replays to assist refs. He claims one of the key things he learned from visiting spots like the NBA's Replay Center, a 2,300-square-foot facility that processes video from 29 basketball arenas and houses more than 100 replay monitors, was how to create something similar that would work for a sport as complex as soccer. FIFA oversees soccer in 211 nations, most of which have their own club leagues; there are also more than 15 international tournaments for men and women, including the World Cup.

With video replay, Brud says there's no need to reinvent the wheel -- IFAB and FIFA just have to adapt it for their own purposes. "People will still be emotional about referee decisions, but [they] will be happy that the scandals are over," he says. "If you asked me three years ago [if] we would ever have video assistant referees, I would've said, 'yes maybe in 60 years' time,' and look where we are now." The next step after GLT and VAR, Brud says, will be creating a protocol to let players use tech wearables in games, which will allow coaches to monitor their heart-rate and other fitness data in real time.

Naturally, growing pains can be expected, and that was on full display during FIFA's 2017 Confederations Cup. VAR came under scrutiny after it was called to action several times and, every time, caused confusion among players, managers and broadcasters. In large part, that's because referees weren't informing anyone what, exactly, was being reviewed, and on one occasion the wrong decision was made. Either way, the final call is always on the referees. 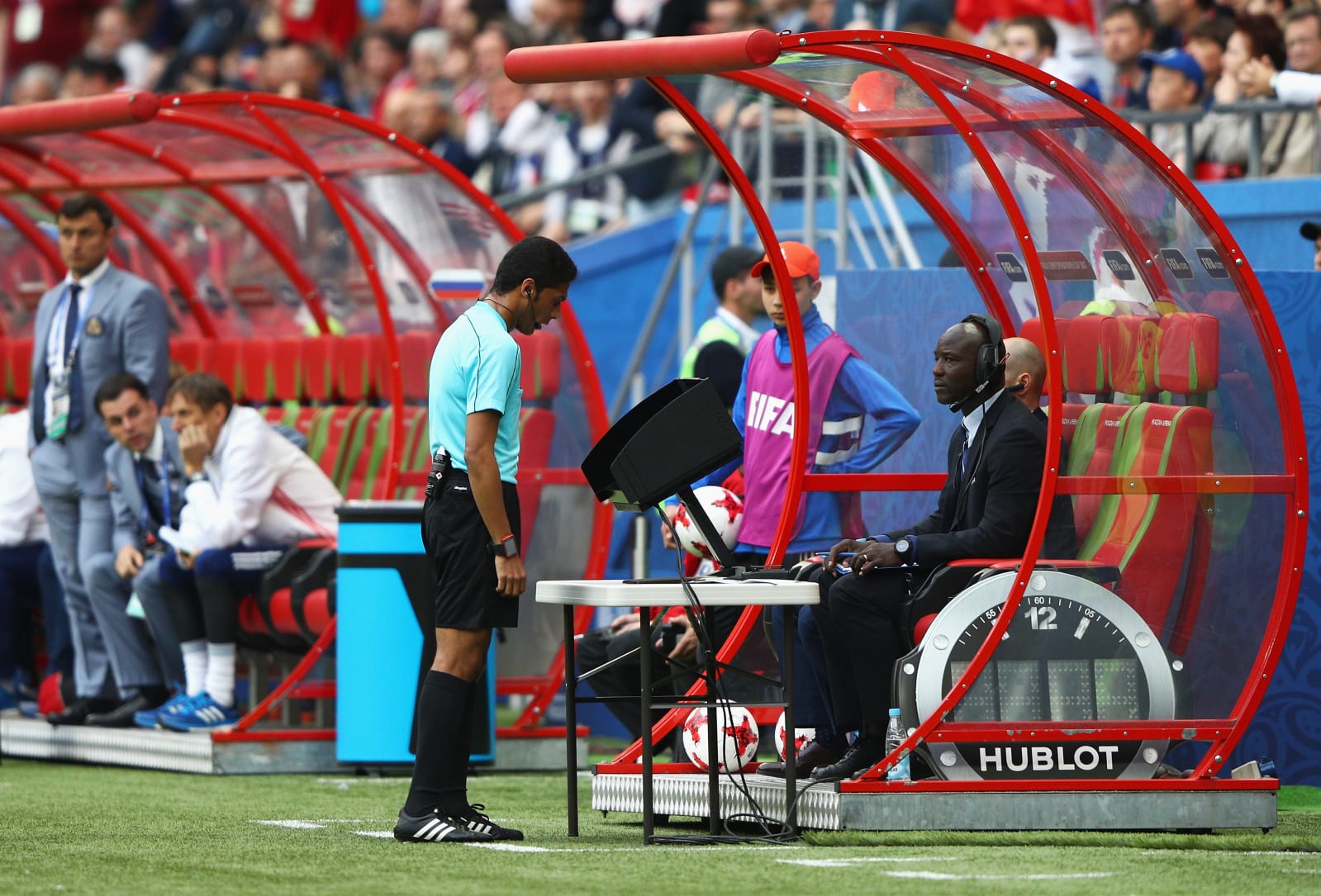 If you asked me three years ago [if] we would ever have video assistant referees, I would've said, 'yes maybe in 60 years' time,' and look where we are now.

When Germany played Cameroon in that tournament, for instance, the ref used VAR to review a hard-foul play but ended up giving a red card to the wrong player, before correcting his decision after watching the replay again. Howard Webb, a world-renowned former English Premier League referee, says the biggest challenge with VAR will be ensuring that officials "see the match through the eyes of video assistant referee rather than through the lens of a referee," which he says will help them know when it is appropriate to intervene in a game. Webb, who's now the professional referee organization manager of VAR operations for MLS, will play a major role in ensuring everything goes smoothly when the league rolls out the tech August 5th.

Major League Soccer is one of the 18 leagues around the world that has announced plans to support VAR. Most of them are choosing video assistant referee rather than goal-line technology because it requires fewer resources and infrastructure, according to Brud. He wouldn't say how much the cost difference is, but each Hawk-Eye goal-line system costs roughly $330,000, while VAR can use existing traditional broadcast cameras and monitors in place at stadiums.

Above all, VAR is more flexible, because it's able to assist referees with more than just calling goals. Jeff Agoo, MLS vice president of competition, says although MLS is an advocate of GLT, the league is betting video assistant referee will be more efficient. "Based on the number of key match-changing situations, we believed there to be a higher utilization rate than goal-line technology, which would only be used in a handful of games throughout the season," he says. "We are confident that over time, video review will provide maximum benefit and minimum interference to improve the sport." 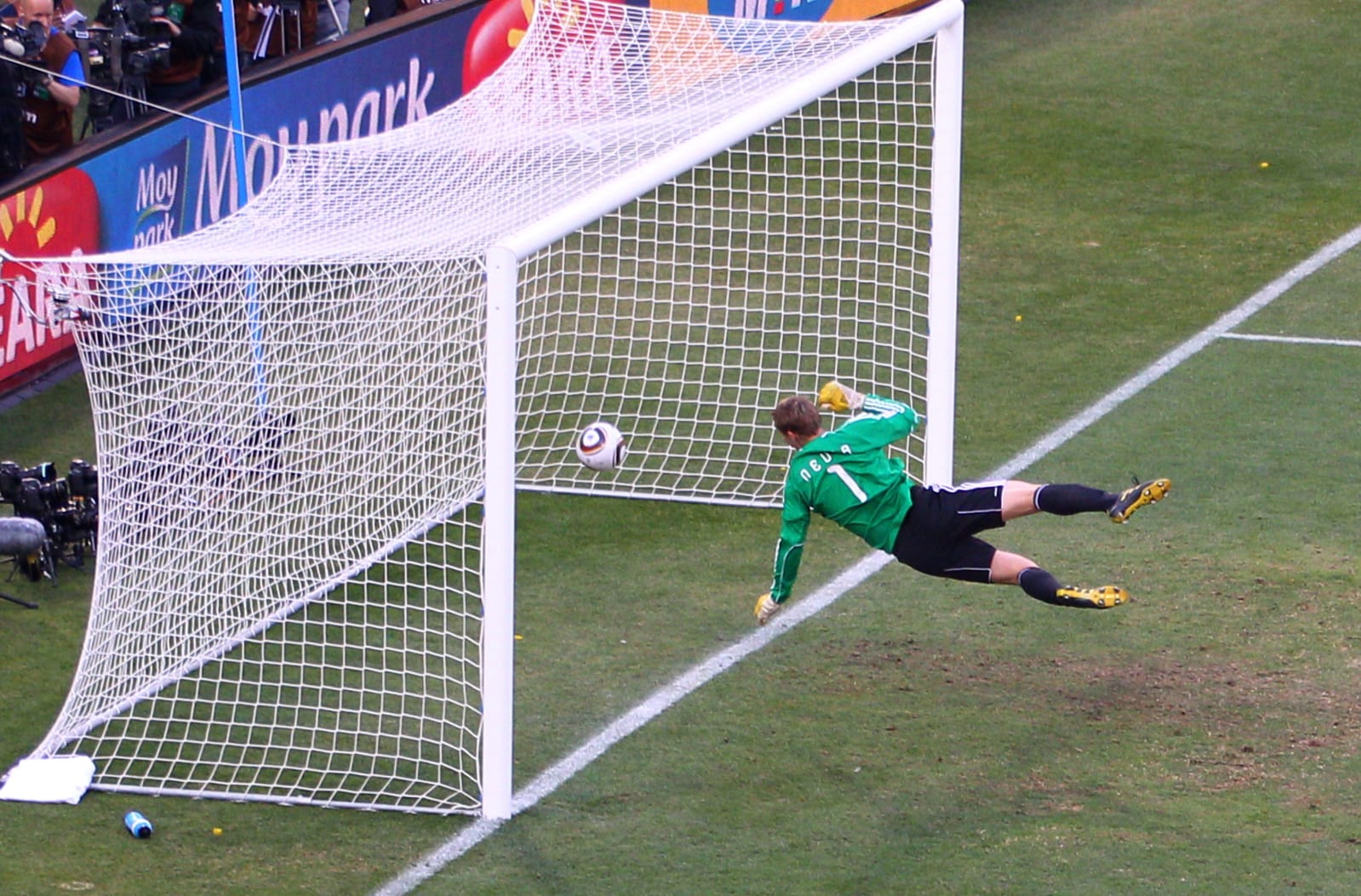 "People will still be emotional about referee decisions, but [they] will be happy that the scandals are over."

As helpful as VAR or GLT may be, there are purists who believe technology will tarnish the sport. They fear games will slow down to a similar degree as those in the NBA, NFL or MLB -- which typically last more than three hours, compared with two in soccer. But would you, as a fan, rather deal with wrong calls? It seems natural that people would welcome VAR and GLT with open arms, especially those whose teams have been on the wrong end of bad referee decisions at least once.

"There is only one reason and one reason alone soccer fans are reluctant to introduce any technological advancement into our game," says former MLS player Kyle Martino, who is now an English Premier League analyst for NBC. Fear of change. "Like the person who still uses a BlackBerry when the rest of us are interacting on devices that make life easier and more enjoyable," he says, "purist soccer fans are willing to handicap the game to assuage their concerns that any change will take away what they already love rather than make what they love even better."

Those naysayers will have to get used it because technology in football is here to stay. Sure, it took IFAB and FIFA longer than others to join the 21st century, but at least they seem to be going in the right direction. And when, not if, in-game fitness wearables are approved, soccer may even end up being ahead of other sports. No one would've imagined that.

All products recommended by Engadget are selected by our editorial team, independent of our parent company. Some of our stories include affiliate links. If you buy something through one of these links, we may earn an affiliate commission. All prices are correct at the time of publishing.
View All Comments
FIFA’s tech ‘experiments’ drag soccer into the modern age
av
business
cameras
entertainment
epl
fifa
football
gadgetry
gadgets
gear
glt
goallinetechnology
hawkeye
ifab
majorleaguesoccer
mlb
mls
nba
nfl
premierleague
replay
soccer
sports
var
videoassistantreferee
videoreplay
wearables
worldcup