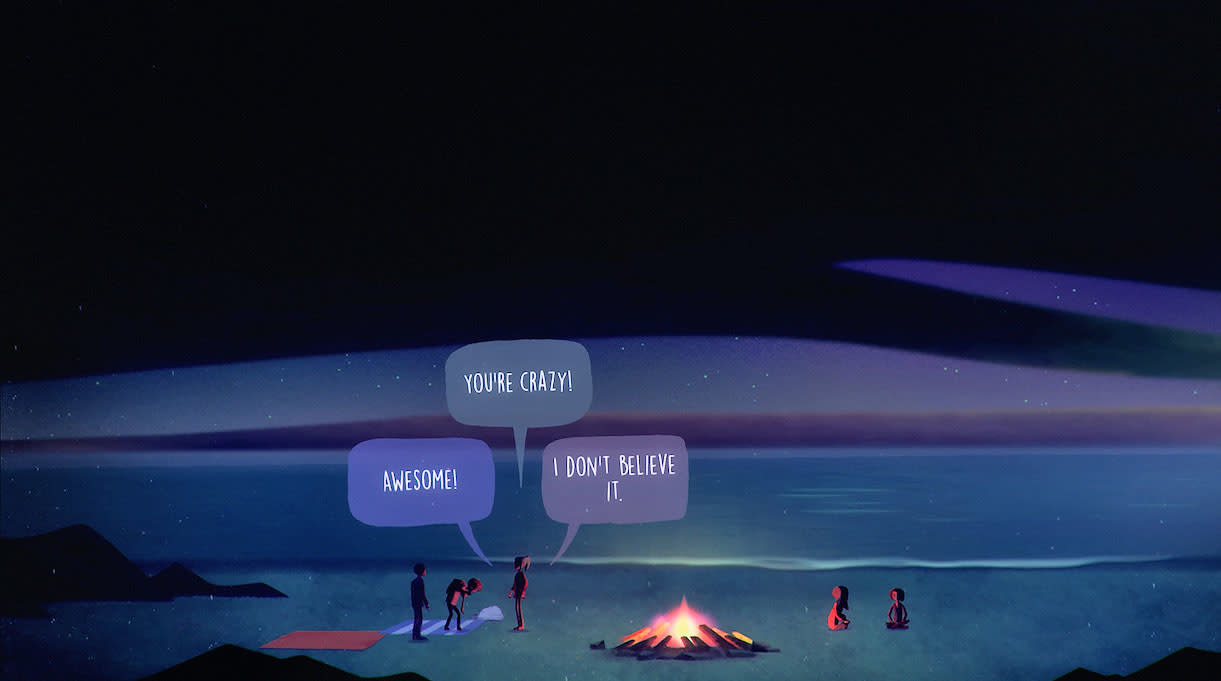 We love Oxenfree around these parts. The paranormal thriller captures the awkwardness of being a teenager incredibly well, tasking players to uncover the mystery of an abandoned military base while managing relationships with friends along for the ride. It's already available on mobile, PC, PlayStation 4 and Xbox One, but the developers at Night School Studio have started teasing that it'll appear on Nintendo Switch as well.

The studio tweeted the image below along with a message in Morse code. What's it say? "Coming soon." With PAX happening in Seattle this weekend, it shouldn't be too long before there are more details. Like so many of the other indies that've had ports announced, this should be a great fit for Nintendo's hybrid portable/home console. Oh, and if you somehow still haven't listened to the game's soundtrack you should fix that.

In this article: av, gaming, indie, indiegaming, nightschoolstudio, nintendo, nintendoswitch, oxenfree, port
All products recommended by Engadget are selected by our editorial team, independent of our parent company. Some of our stories include affiliate links. If you buy something through one of these links, we may earn an affiliate commission.