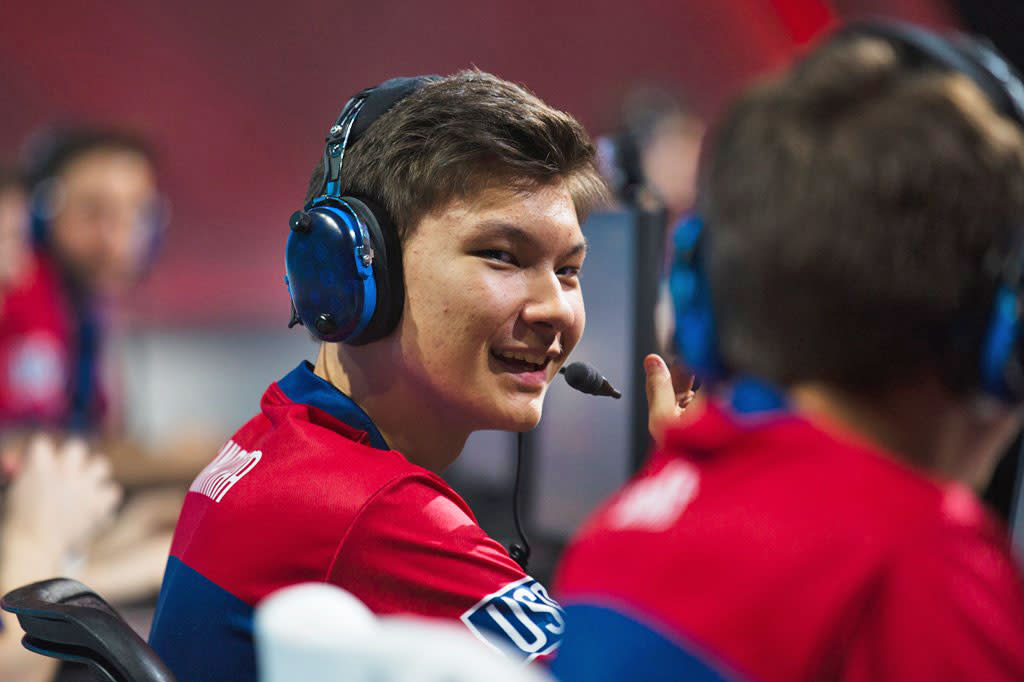 In case you've been living under a rock, eSports is massive. So big in fact, that even traditional sports leagues (like the NFL) are getting in on the act. Aside from TV networks, soccer clubs, and F1 racing, of course. And, judging by the latest scoop, competitive gaming may soon boast its own draft day. Yes, eSports teams are trying to outbid each other for the industry's rising stars. One of these hotshots, North American Overwatch player Jay "sinatraa" Won just signed a $150,000-per-year contract, reports ESPN. As a result, sinatraa will be earning $100,000 more than the league minimum, with revenue-sharing options available. He also happens to be 17-years young.

The high salary came in the wake of a bidding war between two teams, NRG eSports and Cloud9. By the time the back and forth concluded, the offer on the table had risen by $50,000. NRG won the day, with sinatraa's mother signing on his behalf (because he's still a minor). The move sees him reuniting with former coach and Selfless Gaming co-owner Brad Rajani, who is now the head coach and manager of the NRG eSports Overwatch team. Neither sinatraa nor NRG have commented on the signing as of yet. Although sinatraa did retweet his fellow Overwatch Team USA teammate Russell "FCTFCTN" Campbell congratulating him on the "big contract."

Congrats to my boy @sinatraaOW on the big contract. One of the easiest players to work with and at such a young age. You're a beast dude!

On top of his wages, sinatraa will get all the benefits that come with the Overwatch league including health insurance and a retirement savings plan, and a share of at least 50 percent of all bonuses from tourneys and events. Then there's the bonus pool of $3.5 million in the first season, and at least $1 million for the year's champions. What did you expect from an industry that's well on its way to banking over a billion dollars in revenue.

In this article: av, esports, gaming, overwatchleague, overwatchworldcup
All products recommended by Engadget are selected by our editorial team, independent of our parent company. Some of our stories include affiliate links. If you buy something through one of these links, we may earn an affiliate commission.