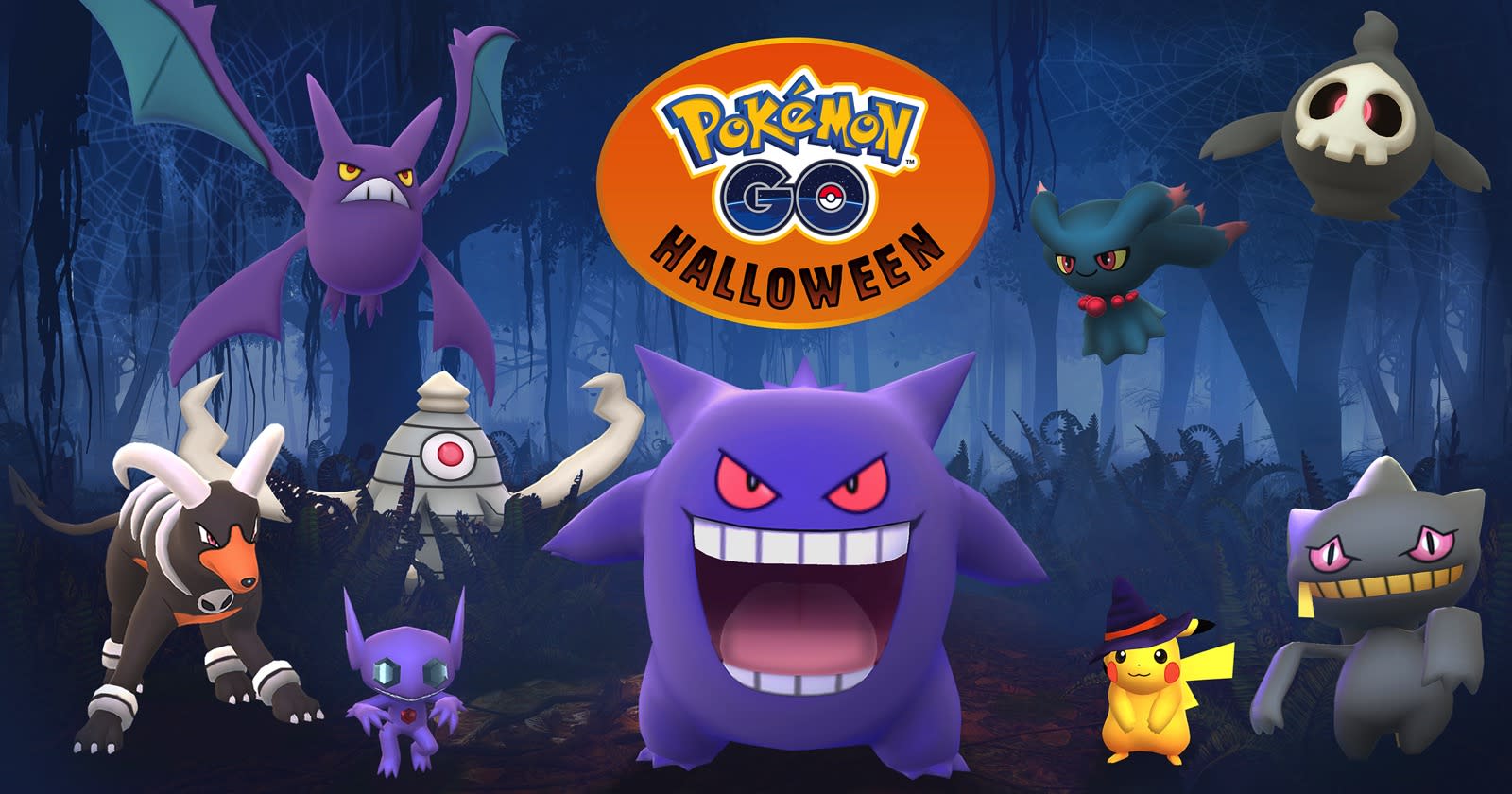 While Pokémon Go may have lost some of its shine due to a number of problems like poorly run public events and a divisive invitation-only special battle system, the mobile game still has a decent fanbase. The developers have been adding new live events and contests to maintain interest, like an AR photography contest, legendary monsters, and Adventure Week. It's Halloween time, though, and Pokémon Go might entice you back into the game with its new seasonal additions. You'll see more Ghost-type Pokémon in the wild, especially those from the Hoenn region found in Pokémon Ruby, Sapphire, and Emerald like Sableye and Banette.

The event lasts from October 20th at 8 PM BST to November 2nd at 9 PM BST. You'll see an increased number of spooky Pokémon, including Gastly, Cubone, Misdreavus and Houndour. The developer promises even more Pokémon from Ruby and Sapphire as early as December. Not only that, but Pikachu will be out and about in costume, just begging you to catch him. Players will double their candy rewards for catching, hatching and transferring Pokémon during the event, and your special buddy will get candy twice as fast as usual. The in-game shop will have Raid passes and Super Incubators in special boxes, while players will get to purchase Mimikyu's Disguise Hat for their avatar.

In this article: banette, cubone, gaming, gastly, Hoenn, houndour, misdreavus, mobile, pokemon, pokemonemerald, pokemongo, pokemonruby, pokemonsapphire, sableye, video
All products recommended by Engadget are selected by our editorial team, independent of our parent company. Some of our stories include affiliate links. If you buy something through one of these links, we may earn an affiliate commission.