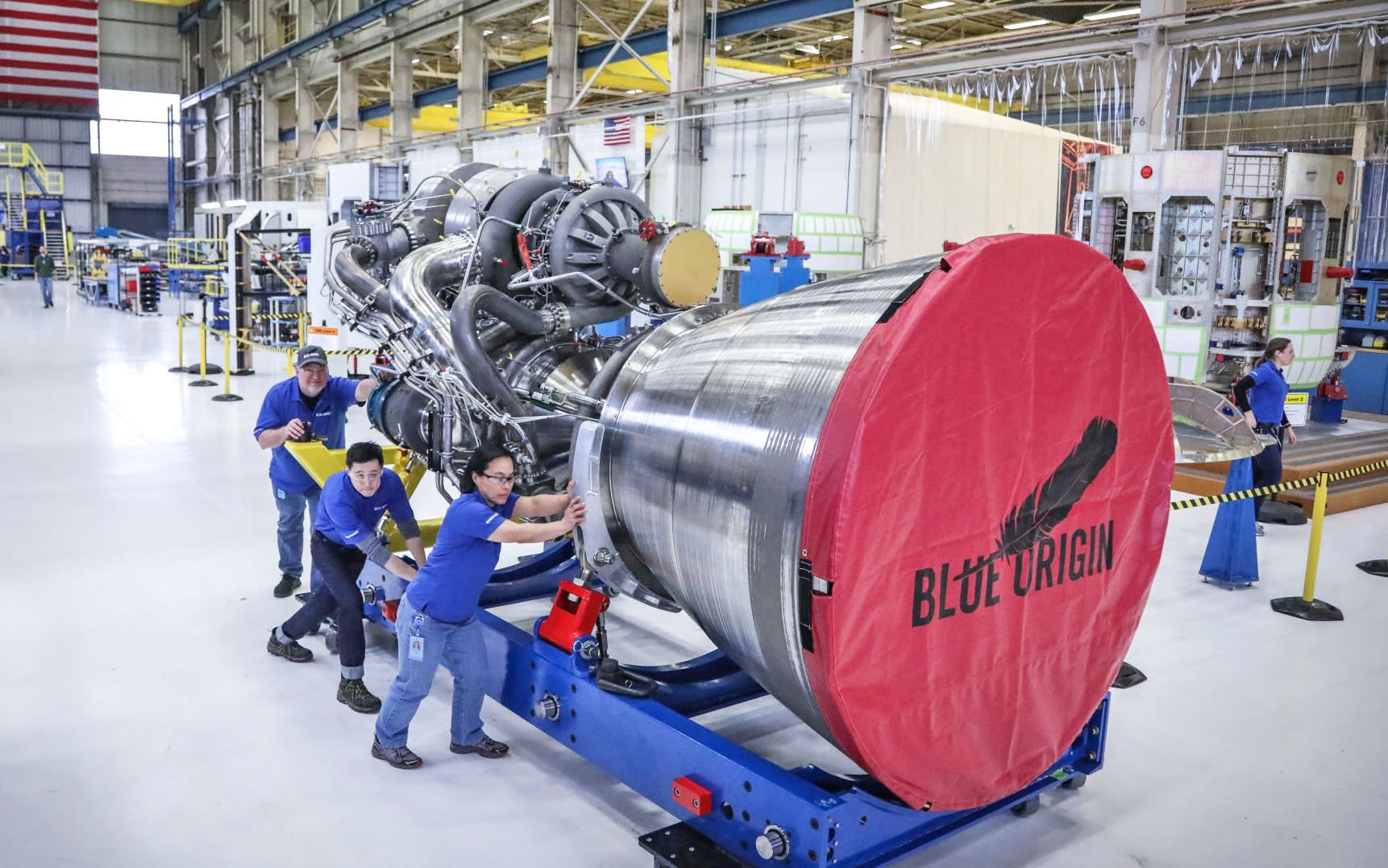 Blue Origin was a bit of a mystery to the public for quite awhile. After all, unlike competitor SpaceX, the company haven't always been welcoming to the scrutiny that comes with inviting the media in. But that changed in early 2016, when reporters were invited into the space tourism company's headquarters for the first time. Since then, Jeff Bezos' company has been more open with the public, and yesterday it tweeted about a new milestone. The company's BE-4 engine successfully completed a hot-fire test. The engine was fired at 50 percent power for three seconds, according to Ars Technica.

First hotfire of our BE-4 engine is a success #GradatimFerociter pic.twitter.com/xuotdzfDjF

People have derided Blue Origin for its focus on suborbital space tourism with the New Shepard launch vehicle, and that's indeed been one of the company's major pushes. But the space company has also been developing New Glenn, a two- and three-stage behemoth rocket that will be able to take people and cargo to orbit and possibly beyond. A configuration of seven BE-4 engines will power the first and second stages of New Glenn. With this test, Blue Origin has at once made a statement that it is to be taken seriously within the sphere of orbital spaceflight and also that it's one step closer to producing these engines.

BE-4 is the the most powerful rocket engine developed since Rocketdyne's RS-68 engine (even more than SpaceX's Raptor engine), which is used in United Launch Alliance's Delta IV rockets. However, these engines are incredibly expensive to produce, which is why ULA wants to retire the Delta IV line. As a replacement, the company is developing the Vulcan rocket, and it has made steps towards committing to using Blue Origin's BE-4 engine. Aerojet Rocketdyne is lobbying for the ULA to use its AR1 engine, but development is far behind the BE-4. The United Launch Alliance needs an engine as quickly as possible, so this successful test fire may just have cemented Blue Origin's case.

In this article: blueorigin, jeffbezos, newglenn, space, tomorrow, hidden:vv_16x09:4381f5ad-3302-3775-8744-b59e9eb82b5e
All products recommended by Engadget are selected by our editorial team, independent of our parent company. Some of our stories include affiliate links. If you buy something through one of these links, we may earn an affiliate commission.