Which game controllers are worth buying?

Sometimes the right gamepad is the one packaged with your console, but occasionally you have to go outside the box.

If you're picking up a game console like the Xbox One X or PlayStation 4 Pro this holiday season, congratulations: You already have a great controller for your new system. Traditionally, third-party gamepads have always been a bit subpar, the kind of thing you buy cheap and pawn off on an unsuspecting younger sibling at playtime. But what if you want to game on your mobile device (or an Apple TV)? Or what if you're looking for an edge in your favorite console title? We've taken a look at the available controllers out there to find the best one for your needs, no matter which system you prefer.

Best controller for the PlayStation 4 The shape of the PlayStation controller hasn't changed much since the original system came out over two decades ago, and for good reason. The button configuration is easy to learn, and the overall shape feels good in hand. The DualShock 4 added a few features, like a touchscreen and a speaker, but the real reason to keep this as your primary PS4 pad is that small refinements have made it better to hold, including comfortable concave thumbsticks and well-spaced shoulder buttons that give your fingers plenty of places to rest. It also works with the PS3 so gamers still living with their older system can toss their DualShock 3. In our PlayStation 4 review, we called the DualShock 4 "the best game controller that the company's ever created," but even PC players will find an ideal gamepad for their favorite games, thanks to its native Steam support.

Best controllers for Windows and the Xbox One Even if it isn't as much of a leap over the previous generation as the DualShock 4 was, the Xbox One controller still improves on a winning formula. The sticks are designed to keep your thumbs in place, the triggers are quieter and the rear controls vibrate. We found that the only real step backwards at the controller's launch were its stiff shoulder pads. Luckily, the revision that debuted with 2016's Xbox One S refined it further, with rounded seams and clickier shoulder buttons. And PC gamers also get to enjoy the redesign, thanks to the addition of Bluetooth compatibility. If the standard Xbox One controller just isn't enough, gamers with a little extra cash have the option of stepping up to the Elite gamepad, designed with hardcore and professional players in mind. The shoulder buttons are clicky, and the entire pad is heavier, thanks to its metal thumbsticks, which we described in our review as "incredibly springy and precise." The biggest change is the customization options, which allow you to swap out the buttons and joysticks or even add a set of metal levers as additional inputs on the back. The levers can make the pad feel a little cluttered, but they're great for driving games when you don't have a racing wheel. The only real drawback is the Elite's price, which is more than half of what it costs to buy an Xbox One S. Razer Wolverine Ultimate for Xbox One

Razer's peripherals have always been designed with gamers' unique needs in mind, and the Wolverine is no exception, offering up a comfortable textured grip and clicky buttons. The Wolverine Ultimate ups the ante over the customizable Xbox Elite by offering an even greater degree of tweaks: not only a slew of extra programmable buttons but also the ability to swap the positions of the thumbsticks and D-pads entirely. If you'd rather have three joysticks or prefer the D-pad on the right, you can, and there's even Chroma lighting thrown in for extra pizazz. Unfortunately, the freedom of design is countered by the fact that you'll be physically tethered to your console by the Wolverine's thick, braided cable.

Best controllers for the Nintendo Switch The Joy-Cons that come with your Switch are pretty awesome for their motion control capabilities and the way they snap onto your system to make it portable. But playing a game like Mario Kart 8 or Breath of the Wild on them can get a bit... cramped. The Joy-Con Grip included with the system is decent, but when you're feeling a bit more hardcore, there's the Switch Pro Controller, which takes all the controls from the standard Joy-Con and puts them into a form factor that will feel familiar to PlayStation and Xbox players. The best part: It's the only official Switch controller with a D-pad. Unfortunately, you're also paying a bit of a premium for that privilege. 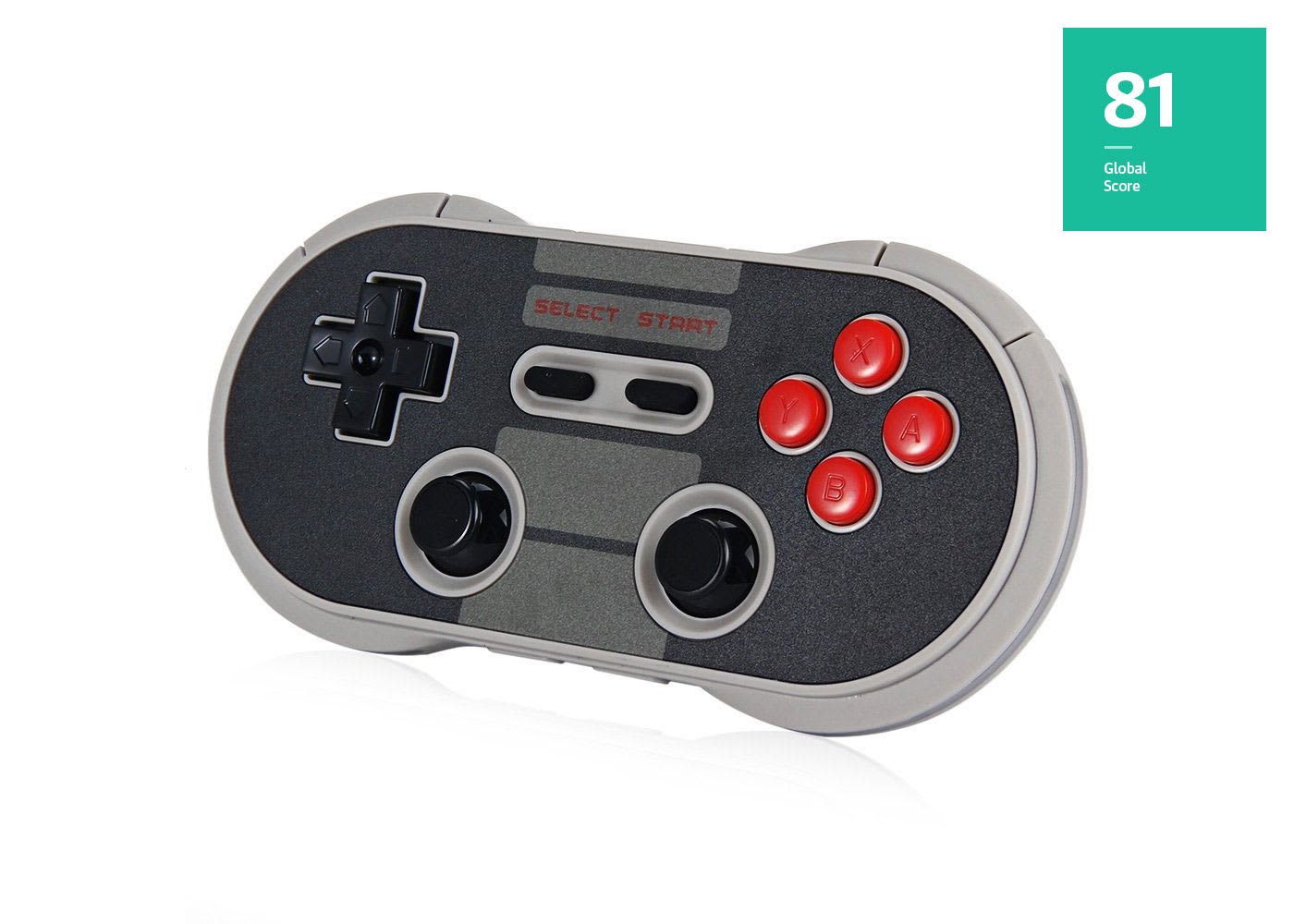 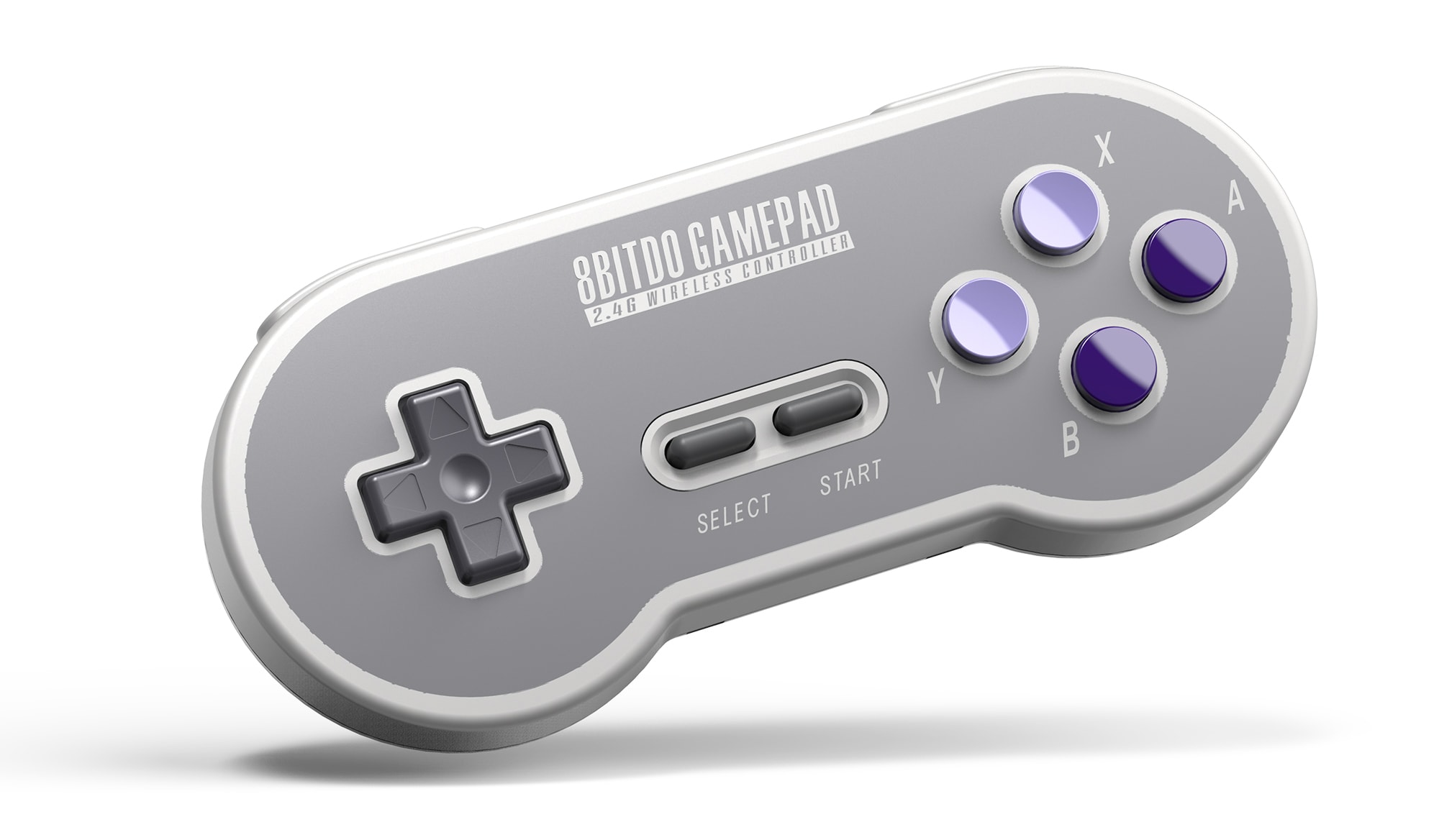 The best controller for a game is usually the one that came with its original console, but that's not always possible when it comes to classic releases on current systems. Instead of making do with your modern gamepad, it's worth taking a look at 8Bitdo's retro-styled controllers. They capture the original style and feel of old Nintendo controllers while being compatible with iOS, Android, Windows, Mac and even the Switch. If you're looking for near-exact copies of the original pads, there's the N30 and SN30, with the 2.4G version of the latter working wirelessly with your SNES Classic. But gamers who don't want to give up modern innovations like thumbsticks will find the Pro versions of these controllers more to their liking. The N30 Pro's biggest flaw is a series of shoulder buttons that The Verge found "cramped and uncomfortable," but the upcoming SN30 Pro looks to give your adult-size fingers just a bit more room to relax.

Best controllers for Android and iOS Console-quality game controllers for Android devices are hard to find and, outside of the Xbox controllers, your options for Windows gamepads aren't particularly great either. The SteelSeries Stratus XL hits a sweet spot for both systems by offering a solid build and top-notch ergonomics at a reasonable price. The buttons are deep and the thumbsticks are a bit stiff, meaning some users might find the XL a bit of a struggle in shooters. But Destructoid says the D-pad is "miles ahead of an Xbox pad," with fantastic diagonals ideal for fighting games. With exclusives like Thatgamecompany's Sky coming to Apple TV, games on the Apple TV are going to get way more serious, and you're definitely going to want something better than the Siri remote to play them with. The Nimbus borrows from the time-tested designs of the Xbox and PlayStation controllers but doesn't skimp on vital details: The D-pad is decent, and the thumbsticks are grippy and durable, with MakeUseOf noting that they ask for "the perfect amount of pressure to manipulate." Even if you haven't invested in an Apple TV, you can still enjoy the Nimbus with your iPhone or iPad, though, if using the latter, you might want to invest in a Nyko Smart Clip to hold on to your handset.