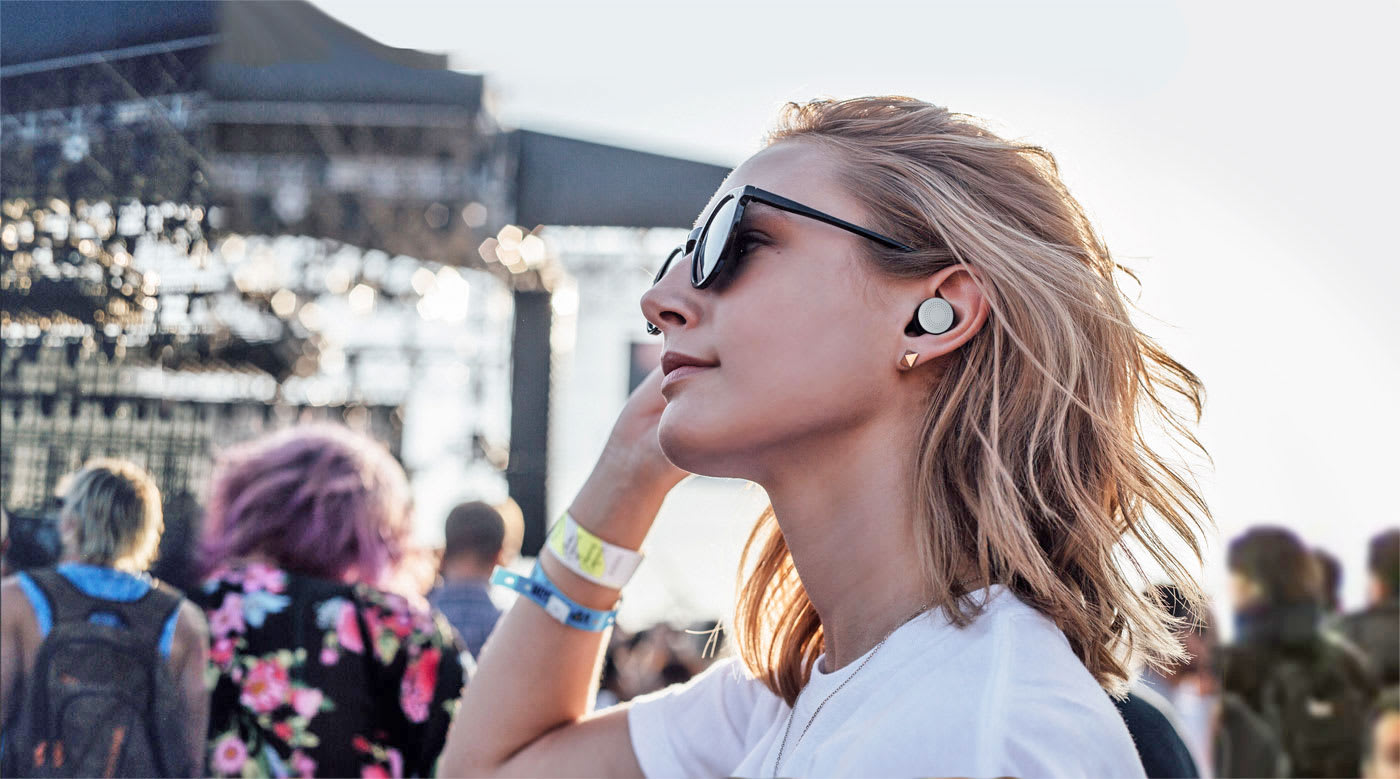 When the Bose Hearphones first came out, we noted that they looked like Bose's QuietControl 30 with the technology of Doppler Labs' Here One earbuds. Apparently Doppler Labs also noticed the similarity in technology, look and name (it calls its product "Here Buds") and is taking its rival to court. As Business Insider noticed, it alleges that Bose took several meetings under the guise of forming a partnership, but instead used the secret information it learned to develop a similar product with a similar name.

Doppler made a splash in 2015 when it unveiled its Here Active Listening earbuds. Those models didn't actually let you listen to music -- you could just eliminate or augment outside sounds by, say, adding bass to a concert. You could also turn down or block outside sounds like regular active noise-cancelling headphones.

The Here One buds, which launched last year, have all those functions but add the ability to stream your own music, broadcasts and other audio. That means that you could listen to music on a bike ride while still hearing cars and follow a game broadcast without missing the ambient crowd sounds or crack of a bat.

Bose's Hearphones (above) are based on the QuietControl 30 noise-cancelling earphones, but use tech that's pretty similar to Doppler's Here One. You can "focus, amplify or reduce real-world sounds to the level you want," according to Bose's website, and "improve the listening comfort of conversations and take the edge off the background noise." (The Hearphones are reportedly available to buy, but only in very limited test markets.)

The problem, says Doppler Labs, is that Bose didn't come up with those ideas on its own. Doppler said it pursued partnerships last year and Bose was one of the first companies to respond. According to the complaint, Doppler shared its "proprietary technology, market approach ... product capabilities and product road map" during the first meeting.

Later on, it let Bose try the Hear One earbuds prior to market release and told it more about its audio tech. It said that a Bose executive was one of the first to purchase it Here Active Listening buds on Kickstarter, and even followed up to make sure he'd be the first to get one. "It now appears that [the individual] was doing this to gain early access to a competitor's technology," the complaint states.

Doppler Labs claims that Bose infringed on its Here Buds trademark with the Hearphones name (earbuds versus earphones, get it?) and "engaged in unfair and deceptive acts" with regard to the tech. Consequently, it's asking for damages and wants a "formal retraction by means of a national email campaign ... and a full-page advertisement in the appropriate publications."

It's a big question as to whether it can prove the claims -- after all, Bose has been making active listening products since 1989. We've reached out to Bose for comment and will update the article if we, um, hear back.

Source: Business Insider
In this article: Bose, business, DopplerLabs, gear, Hearphones, HereBuds, HereOne, IP, Lawsuit, Trademark
All products recommended by Engadget are selected by our editorial team, independent of our parent company. Some of our stories include affiliate links. If you buy something through one of these links, we may earn an affiliate commission.