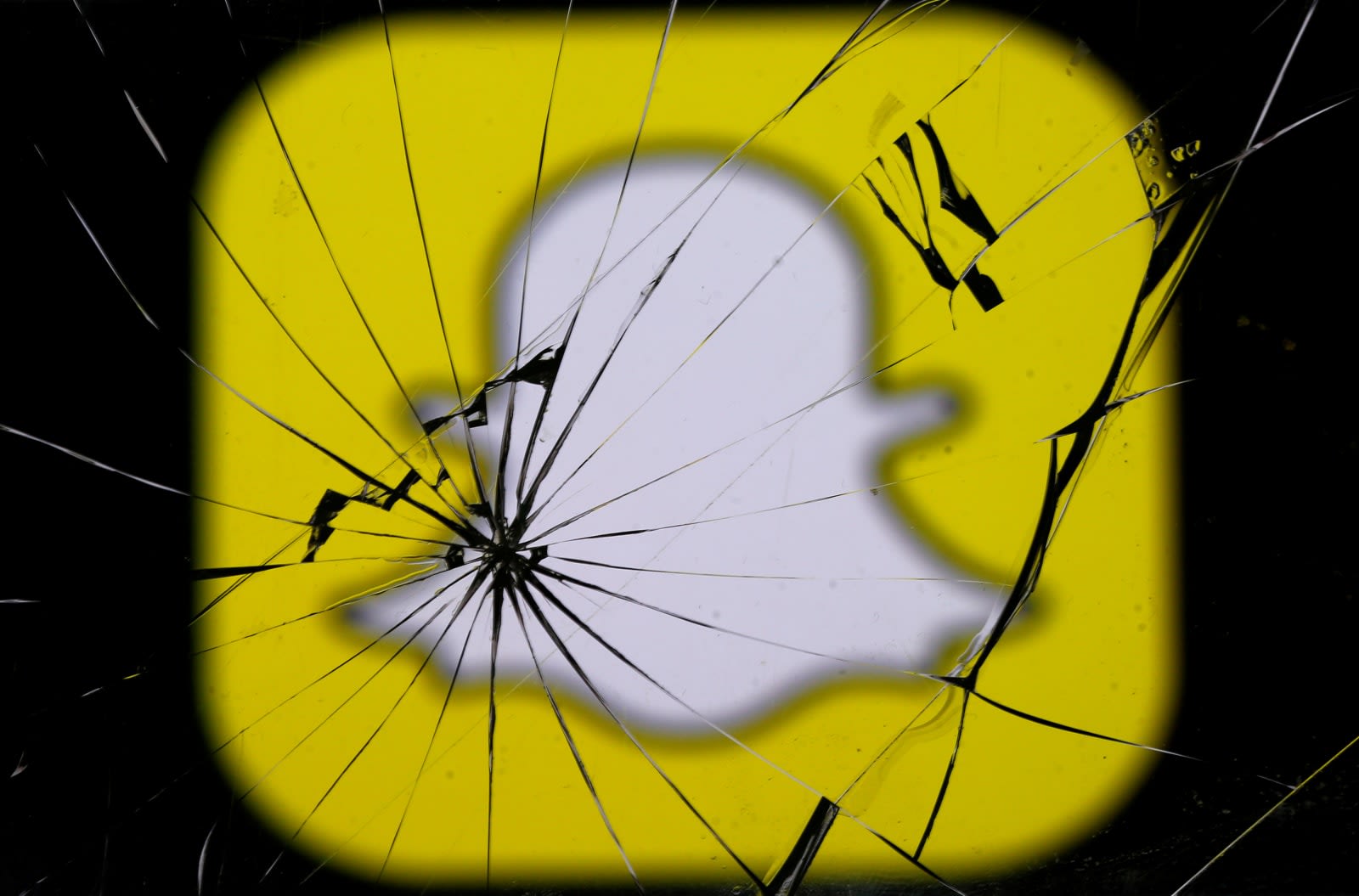 Snap Inc just dropped its second-ever quarterly earnings report, and the picture is as bleak as expected. The young company continues to struggle to grow its pool of users, despite adding new features in the past few months like world lenses, custom Stories, the Snap Map as well as launching its stable of original shows. Its revenue for the year is about $181 million, but overall it reported losses of about $193 million after taxes.

Just like it did last quarter, Snap added a measly percentage of new daily active users (DAU) -- just 4 percent (or 7 million new users) this period compared to 5 percent (8 million new users) the first quarter of the year. Its total DAU now stands at 173 million, which is still a far cry from Instagram Stories' 200 million users as of April this year.

It's likely that Snapchat is seeing growth slow because of the aggressive copying of its features from rivals Instagram and Facebook. But a recent acquisition of a reverse engineering-prevention company could prevent future ripoffs.

On the earnings call, CEO Evan Spiegel said that Snapchatters visit the app more frequently and spend a longer time on it, too. People are also watching more publisher Stories, with views increasing 30 percent quarter-over-quarter. Original shows on the app are also doing well, according to Spiegel, and some of its more successful titles, like Phone Swap, see more than 10 million viewers per episode. That's "on par with (regular) television," Spiegel said. This also bodes well for Snap's advertising arm, which is its primary source of revenue for now.

The company is continuing to work on its Android app, having addressed "low-hanging fruits" (presumably simple bug fixes) this quarter. Remaining performance improvements will take some time, Spiegel said, as they require infrastructure changes. With all these developments, along with some back-end updates for Snap's advertising platform, Spiegel said the company estimates it "won't begin to see meaningful results until the second quarter of next year."

Since advertising is a seasonal business, Snap anticipates financial growth around Christmas this year. The company didn't discuss its rumored intention to buy popular selfie drone maker ZeroZero. If that acquisition does happen, it would be Snap's second hardware investment (the first being Spectacles). In addition to being a natural fit for the company's selfie-oriented products, the drone could also present a different revenue source for the ad-reliant business.

Source: Snap
In this article: business, earnings, gear, snap, snapchat
All products recommended by Engadget are selected by our editorial team, independent of our parent company. Some of our stories include affiliate links. If you buy something through one of these links, we may earn an affiliate commission.