After years of fine-tuning, these devices are now polished enough for the masses.

The smartwatch industry's identity crisis may be coming to an end. Familiar tech brands like Motorola, Microsoft and Pebble have retired from making wearables, while others like ASUS are rumored to be giving up on the category, leaving us with a shrinking selection of devices to choose from. But fitness and fashion brands have rushed to fill the vacuum, while more specialized watches are also on the rise. This means shoppers will need to prioritize some features over others. As it turns out, there's not yet a perfect solution.

If you're reading this, chances are you already know you want a smartwatch and have at least a cursory understanding of the benefits. (Or you could be trolling in the comments about why people shouldn't buy smartwatches.) I'm not here to convince you to get one; I'm here to help you navigate the smartwatch world by showing you our favorites and flagging some key questions to ask.

Before we dive into our short list, bear in mind the phone you're using will significantly narrow down your options. Android users won't consider the Apple Watch, since the device only works with iOS. On the other hand, iPhone fans won't get as much out of Android Wear (not to mention third-party systems like Fitbit OS or Tizen OS) as Android users. In fact, folks with Samsung phones may even prefer the company's Tizen-based Gear smartwatches to Android Wear offerings.

You should also consider whether you want LTE connectivity. Most people won't need this feature, since there are few instances where you would leave your phone behind and still want to remain connected. But if you find your handset a burden but want to keep an eye on your notifications, a watch with a cellular radio might serve you well. Bear in mind, though, that this connectivity often comes at the expense of battery life and requires a chunkier case (with the Apple Watch Series 3 LTE being a notable exception). You'll also be limited to a handful of options, and they're typically more expensive than their non-LTE counterparts.

To make your life easier, here's a quick rundown of our favorite smartwatches. From our experience, these offer the best combination of features and design. All of our top picks have built-in GPS, heart rate sensors, mobile-payment tech and swim-tracking, in addition to support for third-party apps and some sort of digital assistant. 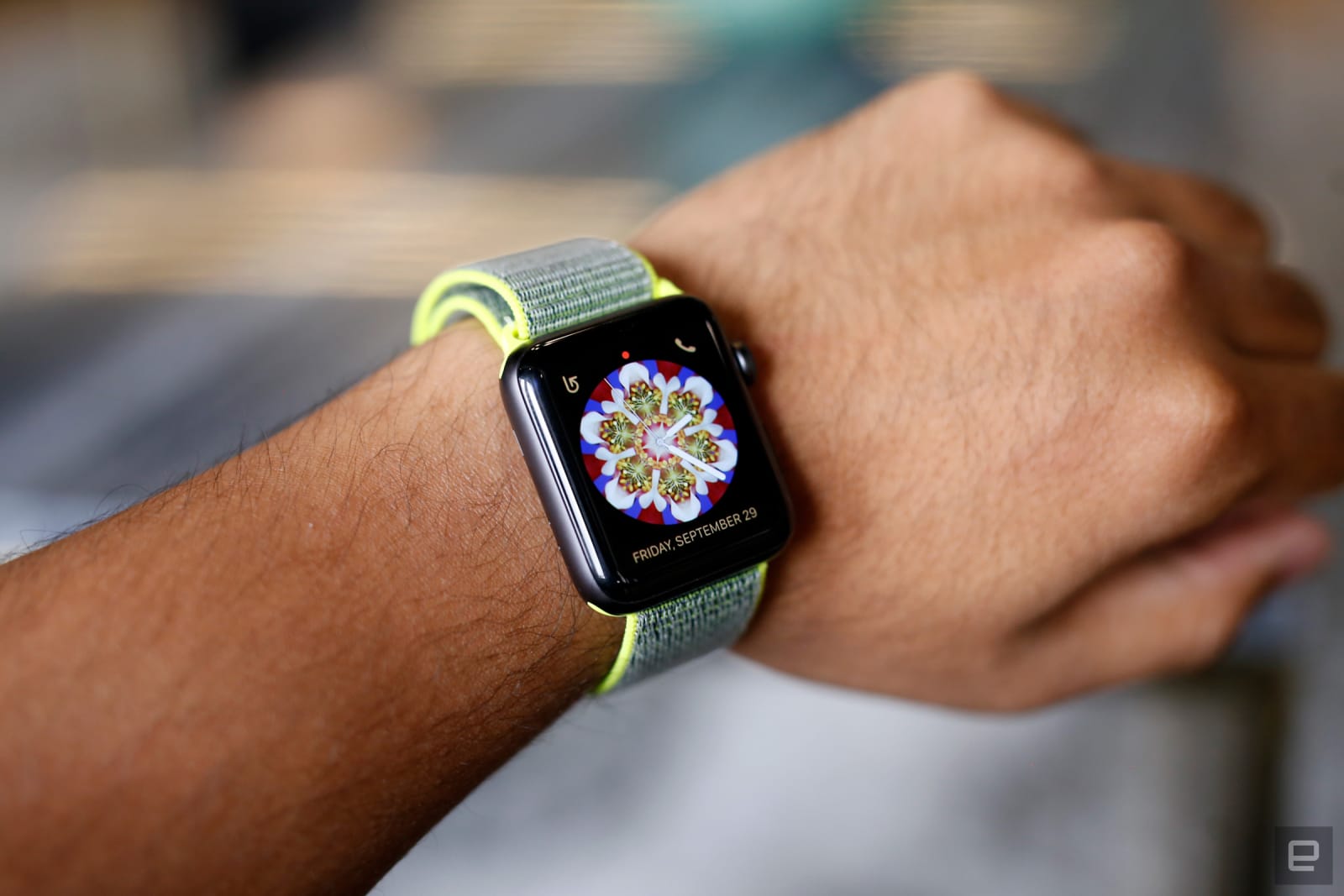 If you use an iPhone, the Apple Watch Series 3 is practically a no-brainer. It offers robust health tracking, Apple Pay compatibility, music streaming, convenient messaging tools and useful third-party apps. While some may not like the device's square face, Apple's design is otherwise inoffensive and blends in with most outfits. You can spring for an LTE version, but as I said earlier, this will hamper the Watch's battery life, which is already shorter than what rival devices are capable of. 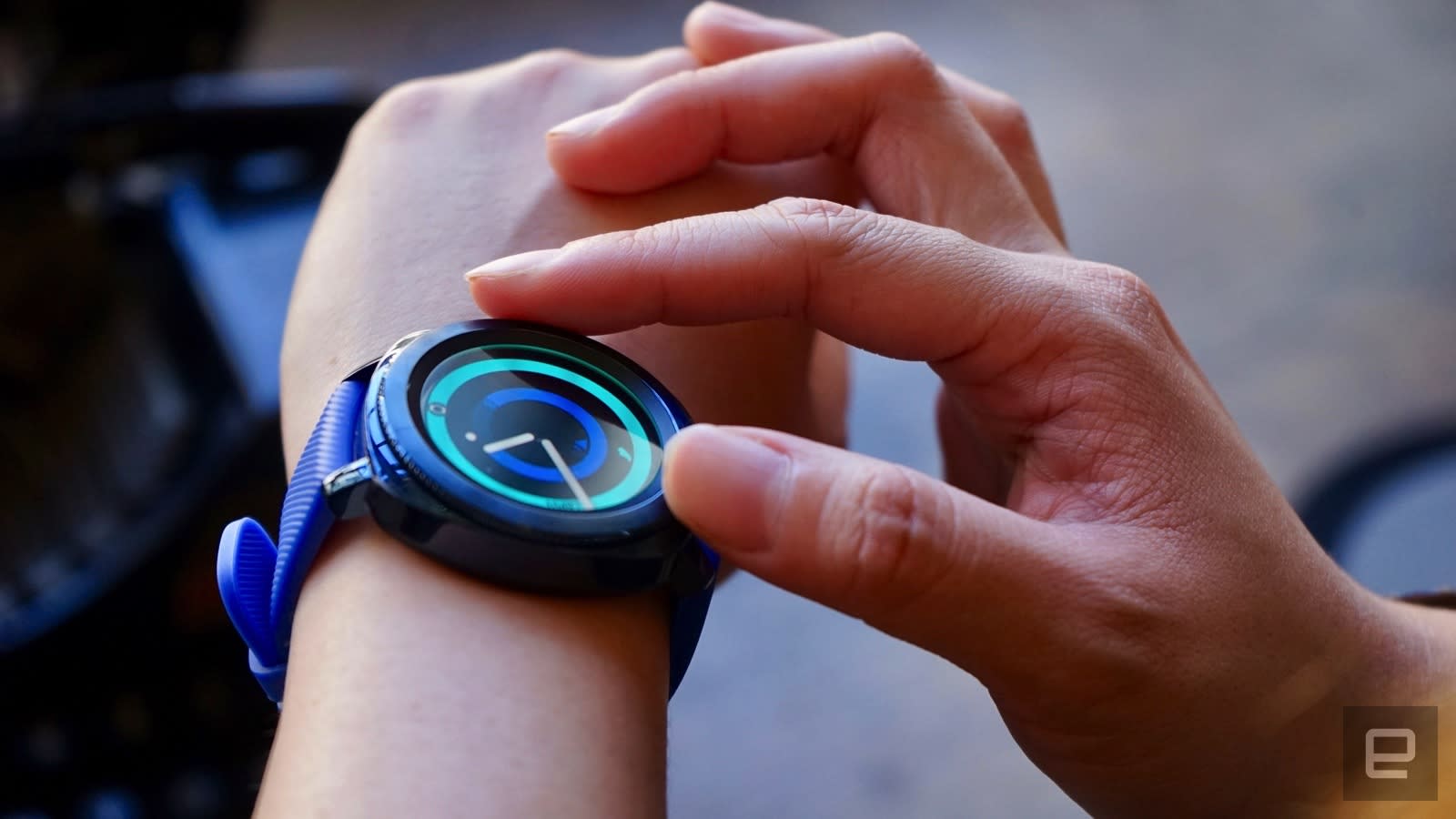 We also like the Samsung Gear Sport, which integrates well with Galaxy phones and has a unique rotating bezel that makes navigation easier. It's hardy enough to withstand seawater, so you can keep it on at the beach, and it runs the company's own Tizen OS, which now supports thousands of third-party apps. The Gear Sport is rated to last up to four days on a charge and can control SmartThings appliances, making it a good option for those who have already bought into Samsung's ecosystem. Fitbit's first full-fledged smartwatch is also a strong contender, thanks to its precise sleep-tracking and onscreen workout guides. The Ionic's bold hexagonal design won't be for everyone, but those who don't mind Fitbit's aesthetic will appreciate the well-rounded suite of health features. The company promises up to five days of battery life, which is longer than rival devices with color touchscreens. In fact, this only falls short of the Garmin Vivoactive 3, which uses a transflective panel that's relatively dull by comparison. 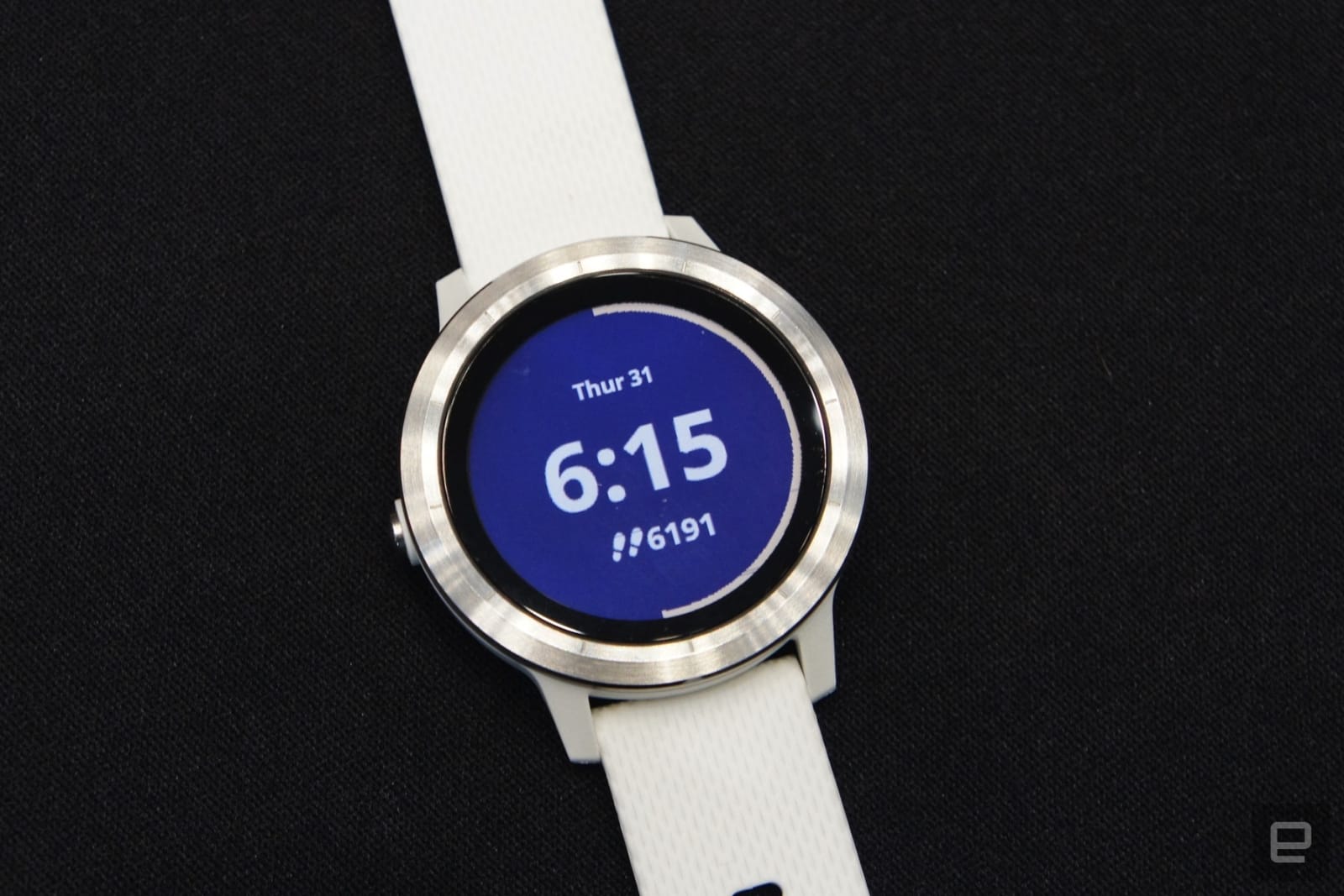 Garmin's latest Vivoactive smartwatch also makes our list. Many runners swear by the company's running watches, thanks to their accurate distance-tracking and typically long battery life. Indeed, the Vivoactive 3 is supposed to last up to seven days on a charge, and it can measure metrics for a wide variety of activities, including less-commonly supported exercises like indoor rowing, stair stepping and yoga. It even tracks your golf game, keeping an eye on hazards, obstacles and your shot distance. If you're willing to spend about $150 more, the Forerunner 645 GPS running watch can stream music to your Bluetooth headphones.

The best smartwatches available now tend to focus on fitness, but there are some multipurpose devices from traditional tech companies that deserve special mention. In particular, Samsung's Gear S3 and Huawei's Watch 2 squeeze plenty of features into relatively small frames, offering lots of value for the money. 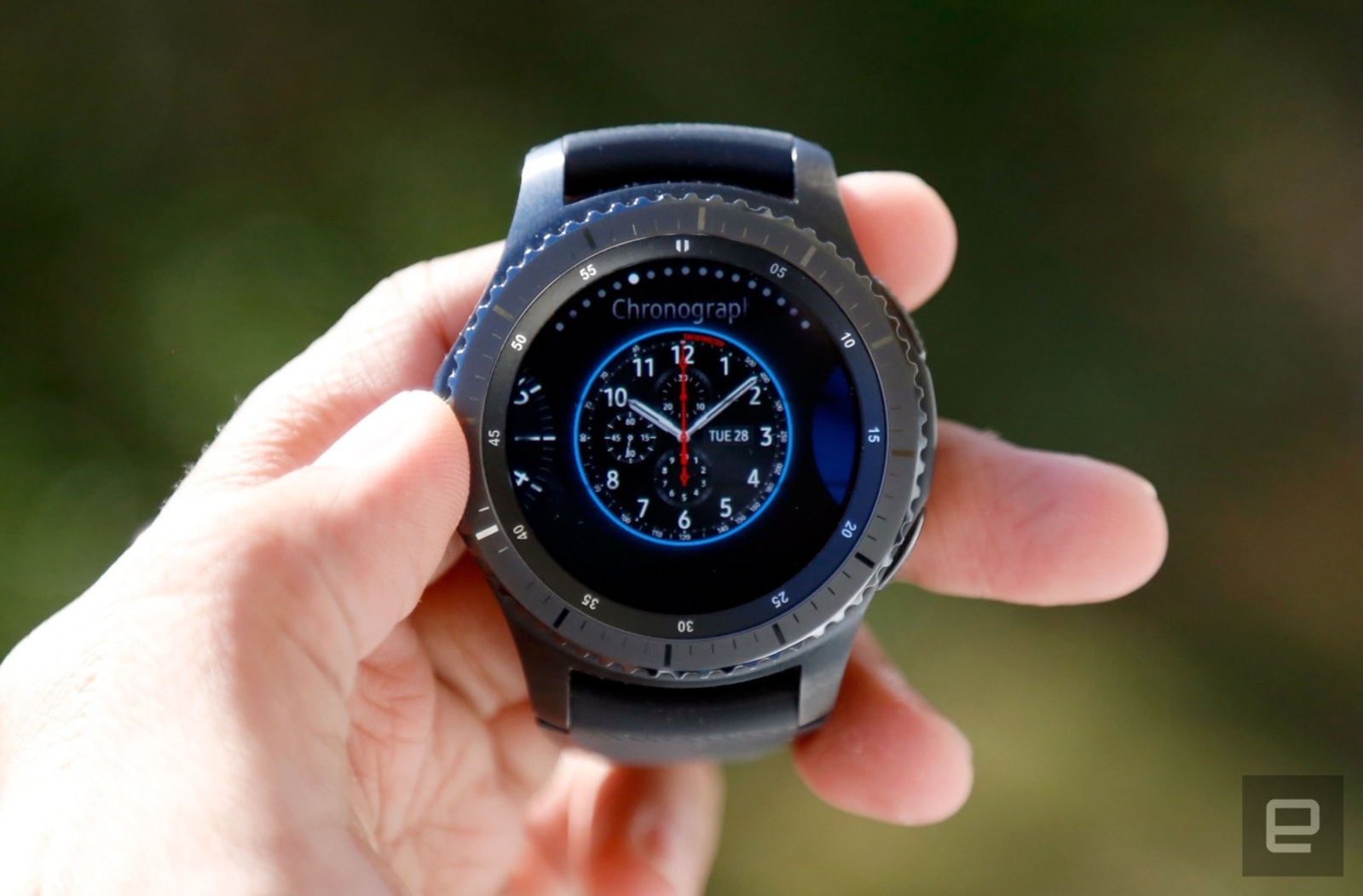 The $350 Gear S3 Frontier runs third-party apps on Samsung's Tizen OS, automatically tracks exercise and features a useful rotating bezel. With some Googling, you can even find it for less than $300. The Huawei Watch 2 ($300) bundles GPS, NFC payments, music streaming and a heart rate sensor with an inoffensive design.

Both these options aren't as capable as our top picks when it comes to fitness tracking, but they're powerful enough for average users who just want a snapshot of their daily activity.

Pick a priority: fitness versus fashion

If you can't live with Apple's square face, Fitbit's hexagonal design, Samsung's rotating bezel or Garmin's not-really-color screen and you don't believe using a nicer strap will change your mind, then look for something from your favorite fashion brand. Just keep in mind that these fashion-forward devices tend to lack the comprehensive features that our top picks all offer.

Gallery: Hands-on with some of Fossil's new smartwatches | 6 Photos

If it is indeed a fashion watch you're after, you won't be wanting for options. Fossil Group alone has released 300 models licensed to various fashion brands (think: Kate Spade, DKNY, Emporio Armani, Diesel, etc.) while other companies like Movado, Montblanc, Tag Heuer and Louis Vuitton have launched their own devices as well.

Most of these run Android Wear, which performs basic fitness tracking (counting your steps and active time), puts a digital assistant on your wrist and streams music to Bluetooth headphones. In general, they lack built-in GPS or heart rate sensors. There are non-Android Wear options available as well, but they tend to support fewer apps and have less functionality. You might also consider hybrid smartwatches -- analog timepieces with basic fitness-tracking and notification systems. They're usually much more fashionable than touchscreen watches, but you won't get much more than step counts and confusing vibration alerts. Mondaine's Helvetica stands out as a particularly stylish option while established watchmakers like Timex and Frederique Constant (recently acquired by Citizen) have some nice offerings too. Nokia's Steel HR is also a worthy candidate: What it lacks in style cred it makes up for with more-robust fitness tracking via an onboard heart rate sensor.

It remains to be seen which companies will stick with smartwatches, but if nothing else it's clear that tech giants like Apple and Samsung will continue to update their existing product lines. Fitness watches and trackers don't seem to be going anywhere either. For now, if you don't like the Apple Watch Series 3 or Samsung's Gear Sport, you'll have to agree to some trade-offs in functionality. Fashionistas in particular will have to wait for stylish options with more-robust features, but in the meantime the all-purpose models have come far enough that we can now recommend them to the masses.

All products recommended by Engadget are selected by our editorial team, independent of our parent company. Some of our stories include affiliate links. If you buy something through one of these links, we may earn an affiliate commission. All prices are correct at the time of publishing.
How to buy a smartwatch in 2018
androidwear
apple
AppleWatchSeries3
asus
fitbit
fitbitionic
gadgetry
gadgets
garmin
garminvivoactive3
gear
google
huaweiwatch2
nokia
samsung
SamsungGearS3
samsunggearsport
smartwatch
Smartwatches
thebuyersguide
wearables