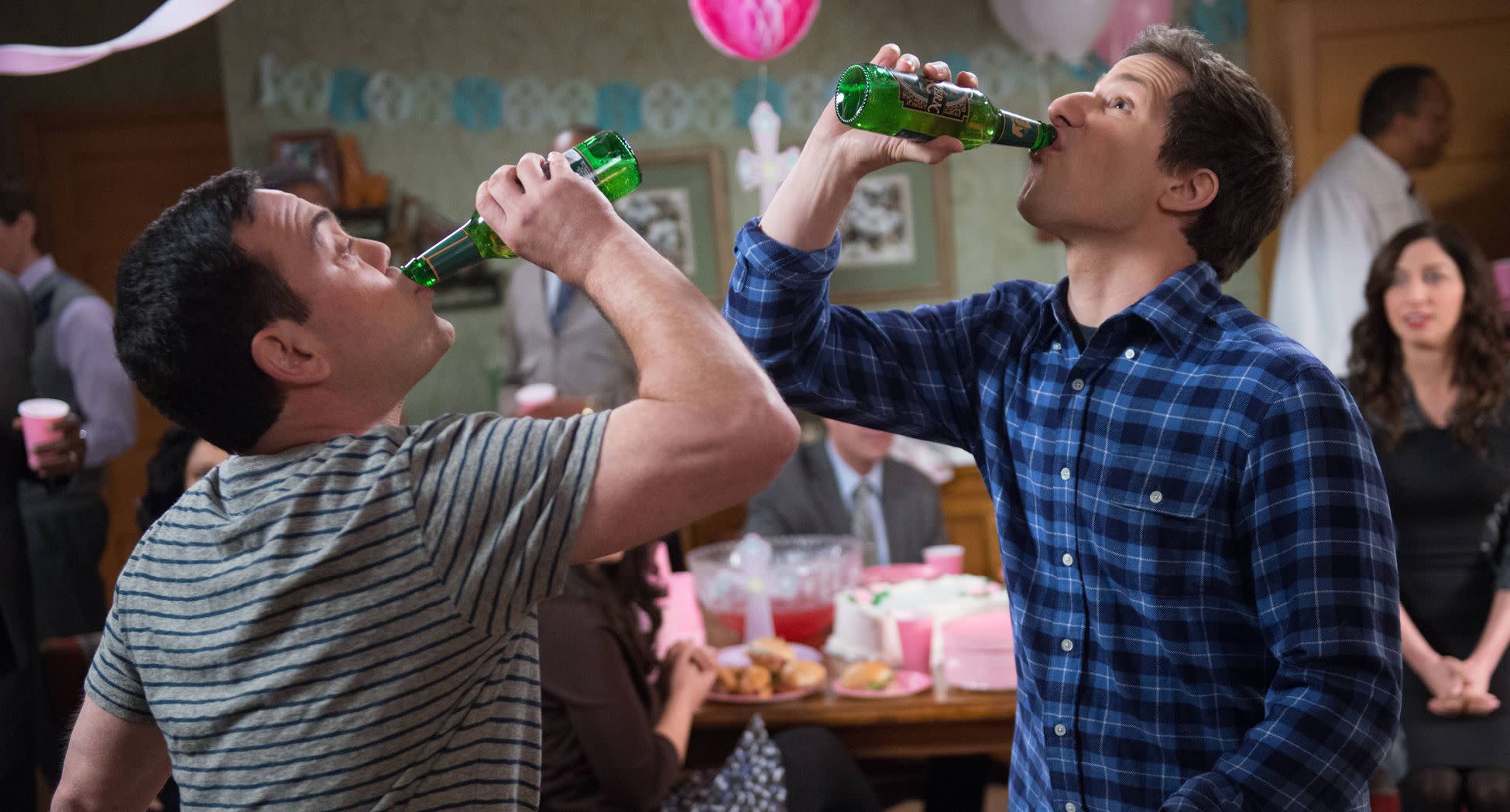 Don't pour one out for Brooklyn Nine-Nine just yet. The canceled sitcom might find a second life, with Hulu and Netflix among its potential new precincts. Soon after Fox tossed Brooklyn Nine-Nine to the curb -- plummeting what seemed like half of the internet into despair -- Hulu, Netflix, TBS and NBC all contacted production company Universal Television to discuss picking up the show, The Hollywood Reporter and Deadline reported.

Update: It's official, season six will air on NBC, after Netflix and Hulu passed on the show.

Hulu appears the most likely home for a sixth season, partly because it already holds Brooklyn Nine-Nine's streaming rights in the US. But the other options have strong links to the show too, as executives at both TBS (which airs repeats) and Netflix (which streams the show in other territories) helped develop the comedy. NBC, on the other hand, is Universal Television's corporate sibling, and it has a long-standing relationship with B99's co-creator Mike Schur -- he's behind the network's Parks and Recreation, The Good Place and new show Abby's.

This wouldn't be the first time Hulu or Netflix have defibrillated a show. Hulu kept The Mindy Project running for three seasons after Fox axed it, and Netflix has aired additional seasons of Arrested Development, Gilmore Girls, Longmire and Black Mirror, among others. Meanwhile, because we refuse to let shows die anymore, Brooklyn Nine-Nine might not be the only recently axed series getting another shot: THR noted The Mick and The Last Man on Earth, which Fox also canceled yesterday, could continue elsewhere too.

In this article: av, brooklynninenine, entertainment, fox, hulu, mikeschur, nbc, netflix, streaming, tbs
All products recommended by Engadget are selected by our editorial team, independent of our parent company. Some of our stories include affiliate links. If you buy something through one of these links, we may earn an affiliate commission.