And hurry up with eSIM already.

It's been over a year since Microsoft, Qualcomm and Intel unveiled the Always Connected PC (ACPC) ecosystem at WinHEC 2016. At Computex 2017, we learned about Qualcomm's undertaking to power PCs with its mobile processors and Intel pledged to support eSIM in all its coming radios. The first wave of devices trickling out haven't gained much traction with the public, though. Despite some fairly obvious benefits, like a constant connection to gigabit LTE, long-lasting batteries and thin, fanless designs. Plus, Sprint is offering free data this year with each Snapdragon-powered device.

So why aren't these things setting the computer world on fire? Well, a big part of it is down to marketing. Few people I've spoken to outside of the tech industry know what an ACPC is. And the differences between Windows on Snapdragon and Intel's offerings further complicate matters. So how do you make sense of these machines for consumers and persuade them to seek one out?

There's a lesson to be learned from the initial wave of these laptops. For example, the ASUS NovaGo taught us that long battery life and a constant connection to the internet are blessings, but on Windows on Snapdragon (WoS) they came at the cost of performance and compatibility. The NovaGo held up fine for my on-the-go workflow, but certainly wasn't a strong enough machine for photo editing or serious gaming. Not to mention, it didn't support 64-bit apps. It's a good option for people with the money to spend on a second laptop just for travel. But it's not enough for the rest of the world.

While Intel's systems have no compatibility issues and perform as well as its non-connected counterparts, they don't last as long as the Snapdragon systems. And if you want blazing gigabit LTE speeds on the go, you may be better off with a Qualcomm chip. Intel's radios just aren't as fast. 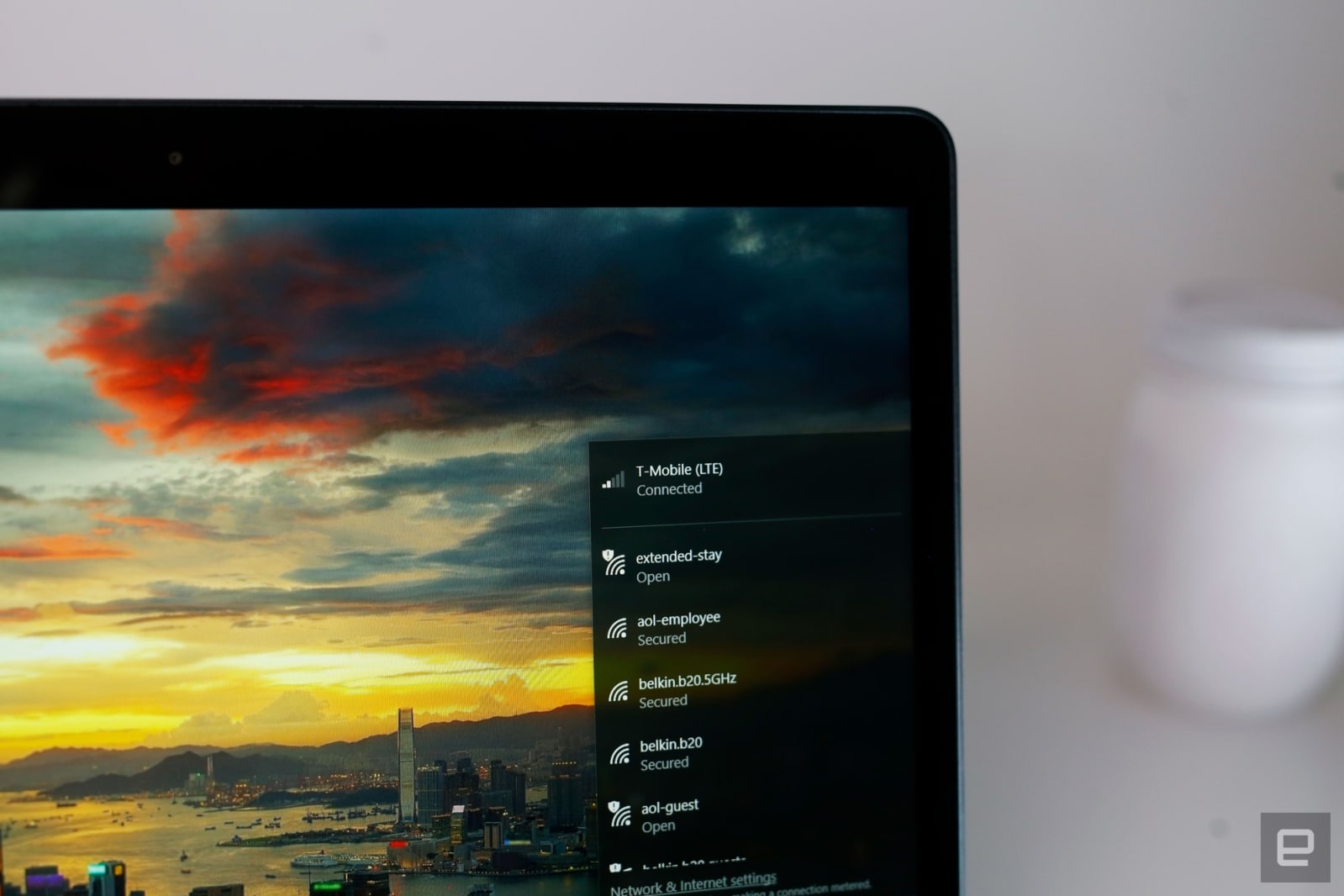 Both companies addressed their shortcomings this Computex, during a week jam-packed with exciting PC news. Qualcomm designed a faster, more power-efficient chip specifically for PCs, and with Microsoft announcing ARM64 support at Build, the future of WoS devices seems bright. Better yet, Samsung signalled its curiosity, if not confidence, in the platform by confirming it's making a Snapdragon 850-powered laptop.

Meanwhile, Intel developed a low-power display technology to extend battery life four to eight hours. It also announced plans to sell 5G devices with Sprint by 2019. That latter bit of news could help bring Intel systems up to speed (get it), since hitting 5G speeds would be a massive jump from the company's existing performance. This would theoretically put it on par with Qualcomm, which also has 5G devices in the works.

Clearly, we are making strides toward PCs that are powerful, long-lasting and always connected. But for the category to truly take off, it needs more than just performance and battery enhancements.

People can already keep their laptops online everywhere either via public WiFi, hotspot tethering or with some sort of dongle or SIM card slot. The benefits of built-in LTE just aren't compelling enough on their own. 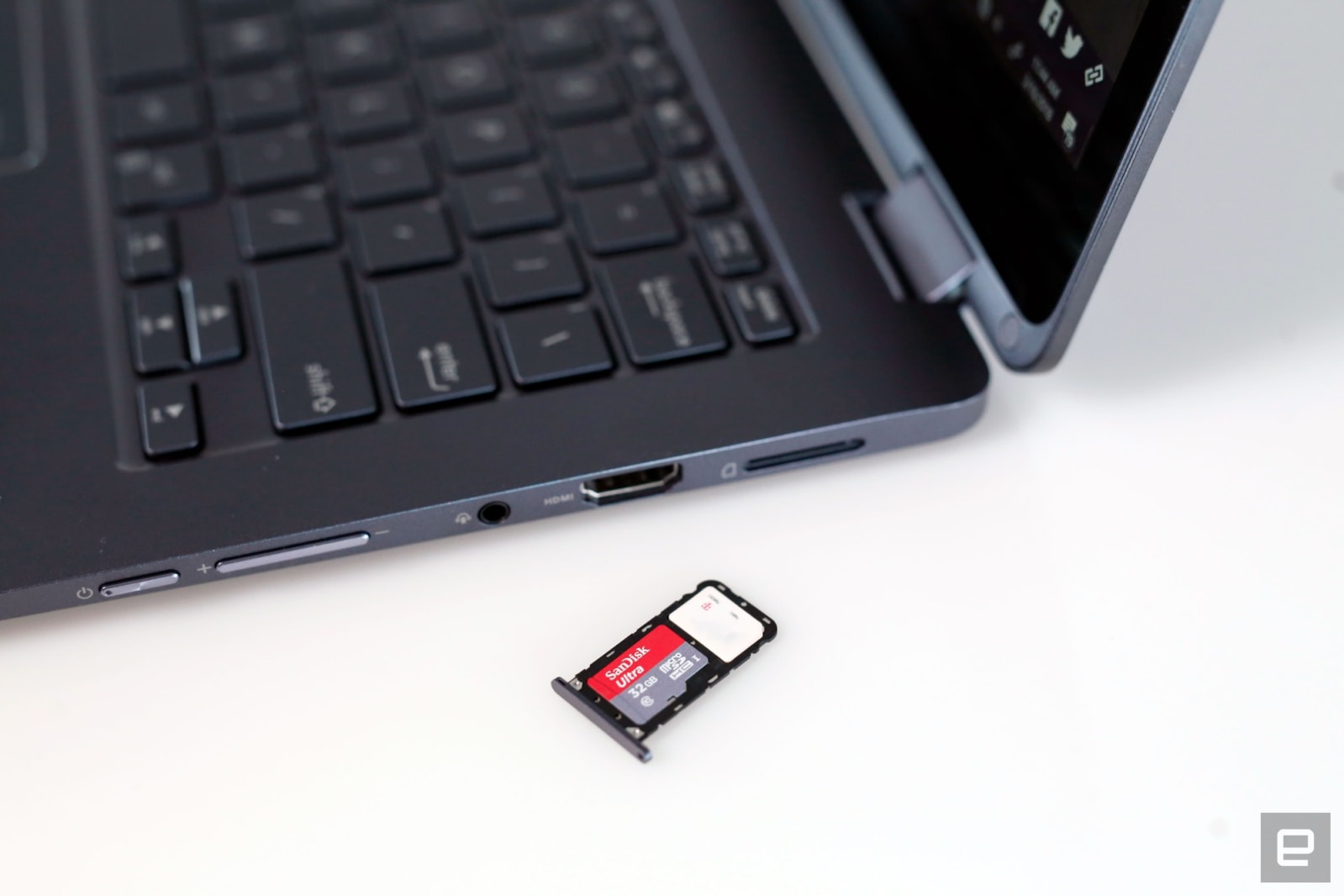 When Microsoft first pitched the connected PC concept, it spoke of a world where you could easily buy chunks of data, even overseas. The company promised it would be as easy as finding a WiFi network. But because carriers have yet to deploy eSIM, this remains a mere fantasy.

With the public launch of 5G drawing closer, operators are understandably distracted, but eSIM could be a fantastic complement to the next mobile-communication standard. It would be a major boon for connected PCs when it's eventually deployed, and the tedium of buying mobile data gives way to a seamless one-click process. Think of the convenience -- no more fiddling with a minuscule SIM tray and teeny ejector pin!

But it goes deeper than pushing for industrywide adoption of features that could enhance ACPCs' appeal. As Qualcomm's senior director of product management Miguel Nunes told Engadget, "You need consumers to change their mindset of what a PC is."

The PC industry has been stuck in a rut, and users have grown too comfortable with iterative improvements. "People aren't expecting that kind of change, so consumer knowledge and consumer education (are part) of the challenge," Nunes said.

Computex 2018 reignited excitement for PCs, and people are thirsty for more. Microsoft and its partners could ride the hype wave generated by the event and take the opportunity to spell out for that captive audience exactly why ACPCs are great. The basic features are there, and the truly compelling ones are supposedly on the way. Always-connected laptops shouldn't just be a niche category; they should be ubiquitous. But people need to understand why, and the time to explain that is now.