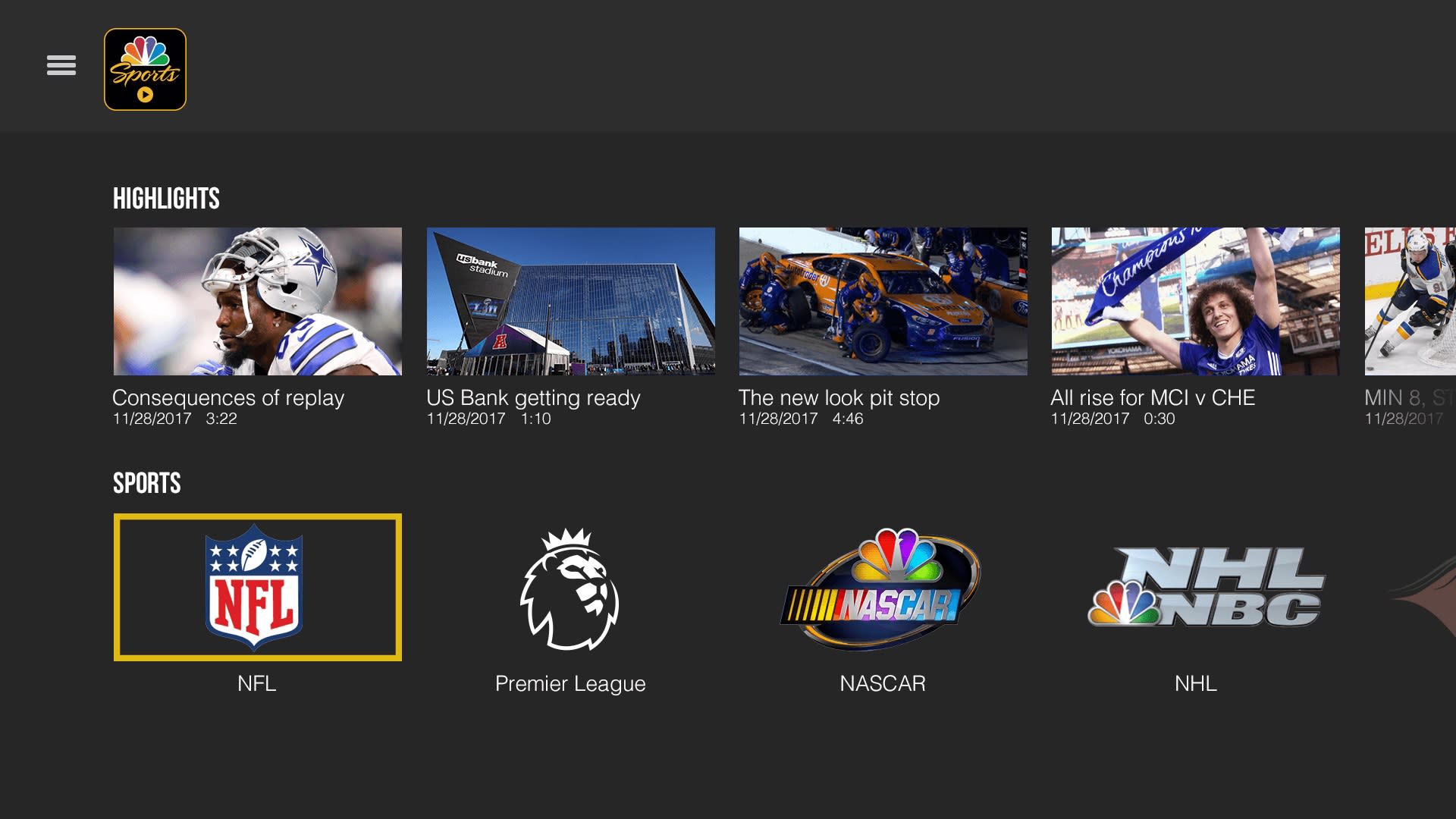 NBC has brought its sports app to PlayStation 4, which is splendid news for gamers who are also mad about soccer. There's a certain convenience in playing Fortnite and being able to switch over to a live sports stream. Of course, NBC Sports already has apps on a number of platforms, such as Windows, Roku, Chromecast and mobile.

The free app has already hosted a number of sports events this year, including the NHL Winter Classic, the PyeongChang Winter Olympics and Tennis grand slam Roland Garros. NBC began its coverage of the 2018 FIFA World Cup yesterday, treating fans to a riveting opening match with Russia demolishing Saudi Arabia. NBC Sports doesn't have the rights to English-language coverage -- that's covered by Fox -- but it has locked in Telemundo's Spanish broadcasts instead.

Watching the soccer from the comfort of your living room might not be as cool as experiencing it through VR, but you can still theorize about this year's winner -- Goldman Sachs' AI is tipping Brazil and EA has France down to win the tournament.

In this article: 2018worldcup, av, entertainment, fifa, fifaworldcup, playstation4, ps4, soccer, sony, sports
All products recommended by Engadget are selected by our editorial team, independent of our parent company. Some of our stories include affiliate links. If you buy something through one of these links, we may earn an affiliate commission.