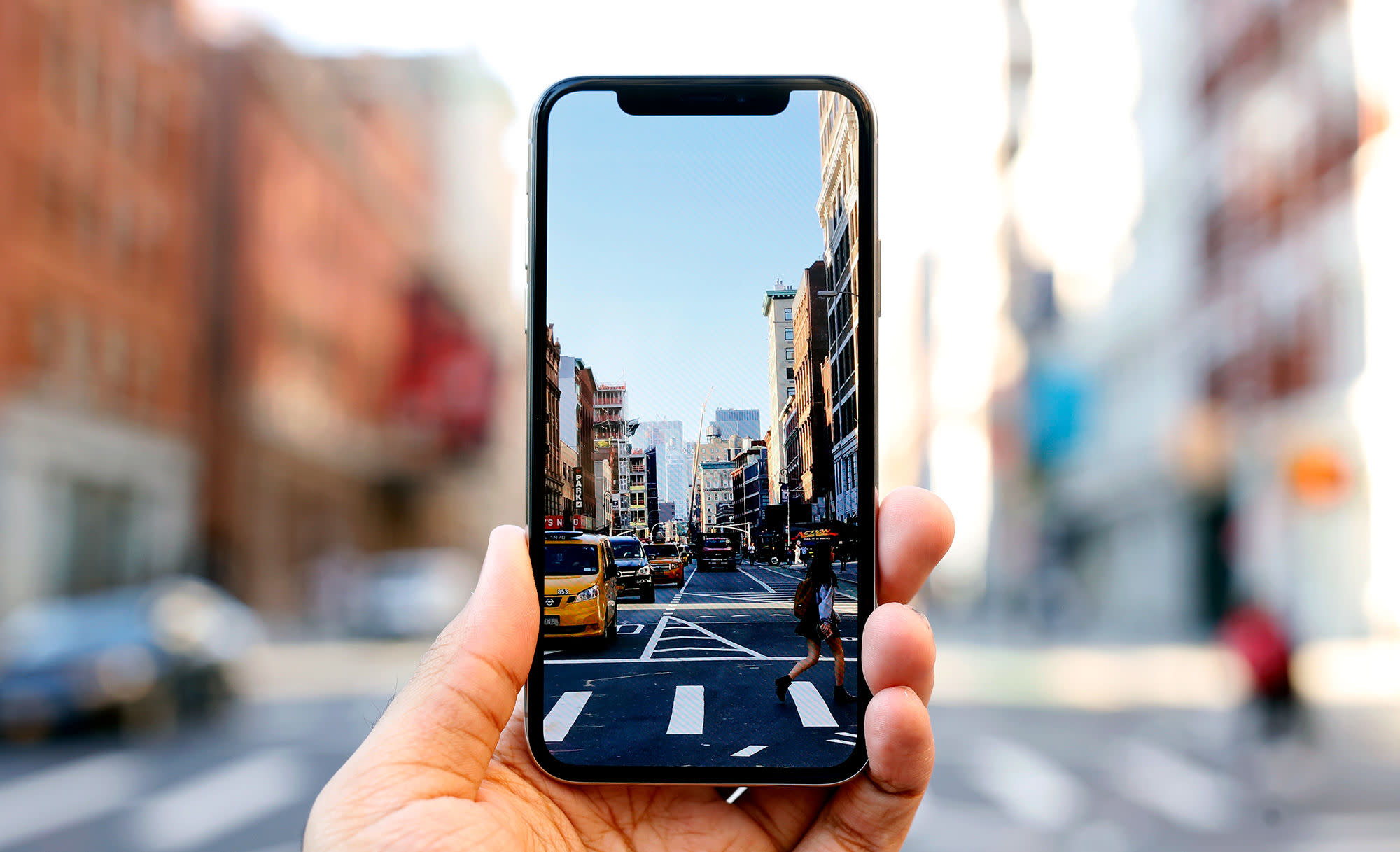 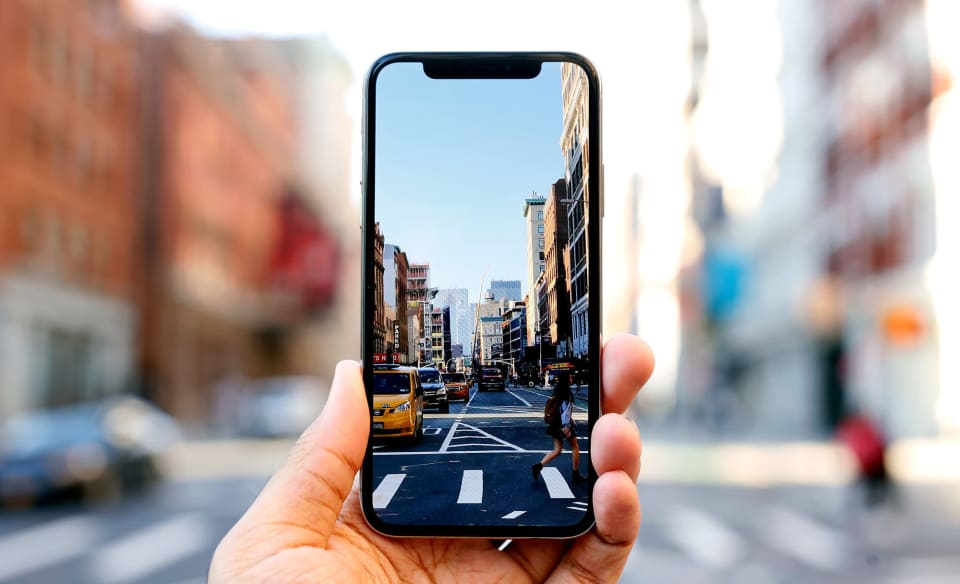 When Apple unveiled the iPhone X, Tim Cook said it represented the company's vision of the smartphone of the future. Well now we're in 2018 -- it's technically the future. Given 12 months of hindsight (and use), how are all those controversies (like that notch) and marquee features faring? And how did the competition counter Apple's most expensive iPhone yet?

All-screen, except the notch Let's start with that (pretty much) edge-to-edge display. Using an OLED screen for the first time, Apple stretched the display into a more vertical shape, doing away with bezels both above and below the touchscreen. But then there's that notch. Apple wasn't the first, but the world of 2018 flagship smartphones pretty much boils down to two styles: Galaxy-esque chins and curved sides, or the wonderful world of notches. Was it as upsetting as many people -- who hadn't yet seen the notch IRL -- feared? Apparently not. And if imitation is the sincerest form of flattery, then Apple is being flattered an awful lot.

Interestingly, one of the major reasons for the iPhone X's notch, the TrueDepth camera, hasn't been replicated, as other companies have purposed their notch either with the front-facing camera (Essential Phone) or even speakers (like LG's G7). Face unlock features aren't new: Samsung's been trying it for years, but Apple's TrueDepth camera, which cooks up a three-dimensional scan of your face for identification purposes, remains far more secure than rival phone's face-scanning systems.

Hardware-wise, it was tiny engineering miracle, combining an infrared sensor, a flood illuminator and a dot projector to identify you and unlock your phone if you have the right face. Face ID, replacing the fingerprint-scanning Touch ID on iPhone 8 and older devices, worked far better than I expected it to; although, there was nothing really wrong with Touch ID. Many of us are still waiting for iOS 12, so we can let our partners or child unlock our phone too -- if we want them to.

Let's get shallow, though. The notch is more than just a divisive design choice. Ten years of iPhone (and Android phones) have led to smartphone designs that struggle to differentiate themselves. Can you tell the difference between a two-year-old phone and a five-year-old model? Like it or not, the notch is now a hallmark of modern smartphone design -- it's a status symbol.

Apple's Animoji has revolutionized digital communication. Well, perhaps not, but they remain a technical showcase for the aforementioned TrueDepth camera. A year later, rival smartphones haven't figured out a way to replicate it quite as skillfully. Samsung, again, got closest with the Galaxy S9's AR Emoji, but expression mapping is rough and not quite as endearing as the smiling poop emojis and winking robots on the iPhone X. Apple has demonstrated that it's still working on the system: iOS 12 will bring customizable emoji to better represent yourself, as well as slicker animations and tongue tracking. Finally. Like Face ID, the iPhone X still does it better than the competition.

Doing away with a home button was arguably the biggest change for the iPhone series. Not only did it redraw how iPhones of the future will look (according to the leaks, anyhow), but introduced a new set of navigation rules and gestures that forced you to fundamentally relearn how to use the iPhone.

Some of us were afraid, but the iPhone X's gestures replaced the home button with a collection of intuitive swipes and holds that are fluid and liberating. Less double taps and more space for the screen, notch notwithstanding. Put it this way: Navigation is so effortless, I've found it real hard to go back to my iPad and older iPhones. They feel old.

These features have already been replicated elsewhere. The OnePlus 5T brought swipes and gestures in to Android phones first, and then Google itself brought similar navigational changes to Android Pie en masse, as many smartphone makers expanded screens and shrank bezels. I can't discern which came first: the idea to resurrect swipes as a navigation tool, or the home button being squeezed out by bigger screens on smaller devices. This is the new normal for smartphones.

It still hasn't set the world on fire. Many thought that once Apple had adopted wireless charging inside its iPhones, it would be the tipping point for cable-free charging everywhere. While you'll spot the occasional wireless charging ports in coffee chains, some restaurants and airports, we're still a cable-charging species. Why? Firstly, wireless charging is just plain slow. To be fair, wireless charging can be faster than being wired to the in-box iPhone brick you get with both the iPhone X and iPhone 8 (7.5W wireless versus 5W wired), but these days there are faster ways to charge your phone. Depending on the power of your charging brick or battery pack, it's simply quicker to charge with a lightning cable, not to mention it offers an increased sense of security, relative to just laying your phone on a table in a public space. I'm also still waiting on Apple's own multitasking wireless-charging mat, while other wireless charging options are still few and pricey.

Apple wasn't leading the change. There have been Android phones with wireless charging since 2012, but it did offer a strong vote of confidence to the Qi wireless-charging standard, instead of something proprietary and frustrating -- something Apple usually likes to do. Wireless charging is now a top-tier smartphone convention. Possibly the only phones conspicuously absent are Google's Pixel phone series and that's likely to change soon.

The future of the smartphone? A year on, the iPhone X is still equal parts innovation and predictable change. Apple rewrote its own smartphone rulebook (face-scanning biometrics, an end to the home button), but also followed trends already in motion (more screen real estate, wireless charging). It's not perfect. I want Apple to switch to USB-C on the iPhone and retire the lightning cable; I still miss the headphone socket, and Portrait-mode selfies using the depth sensors are hit-and-miss. It also cost a lot of money -- something that rumors suggest Apple will address at this week's big iPhone event.

As Chris Velazco outlined in his review, the iPhone X was "the most radical change to the iPhone formula ever," noting that it may not be the perfect fit for every iOS user. Despite that, the iPhone X -- a comfortable, big-screened device -- was the fresh start the series needed, and will form the basis of the phone's future. The big question is: Can Apple make the new ordinary extraordinary again?

In this article: apple, editorial, gadgetry, gadgets, gear, iphone, iphone2018, iphonex, mobile, services
All products recommended by Engadget are selected by our editorial team, independent of our parent company. Some of our stories include affiliate links. If you buy something through one of these links, we may earn an affiliate commission.