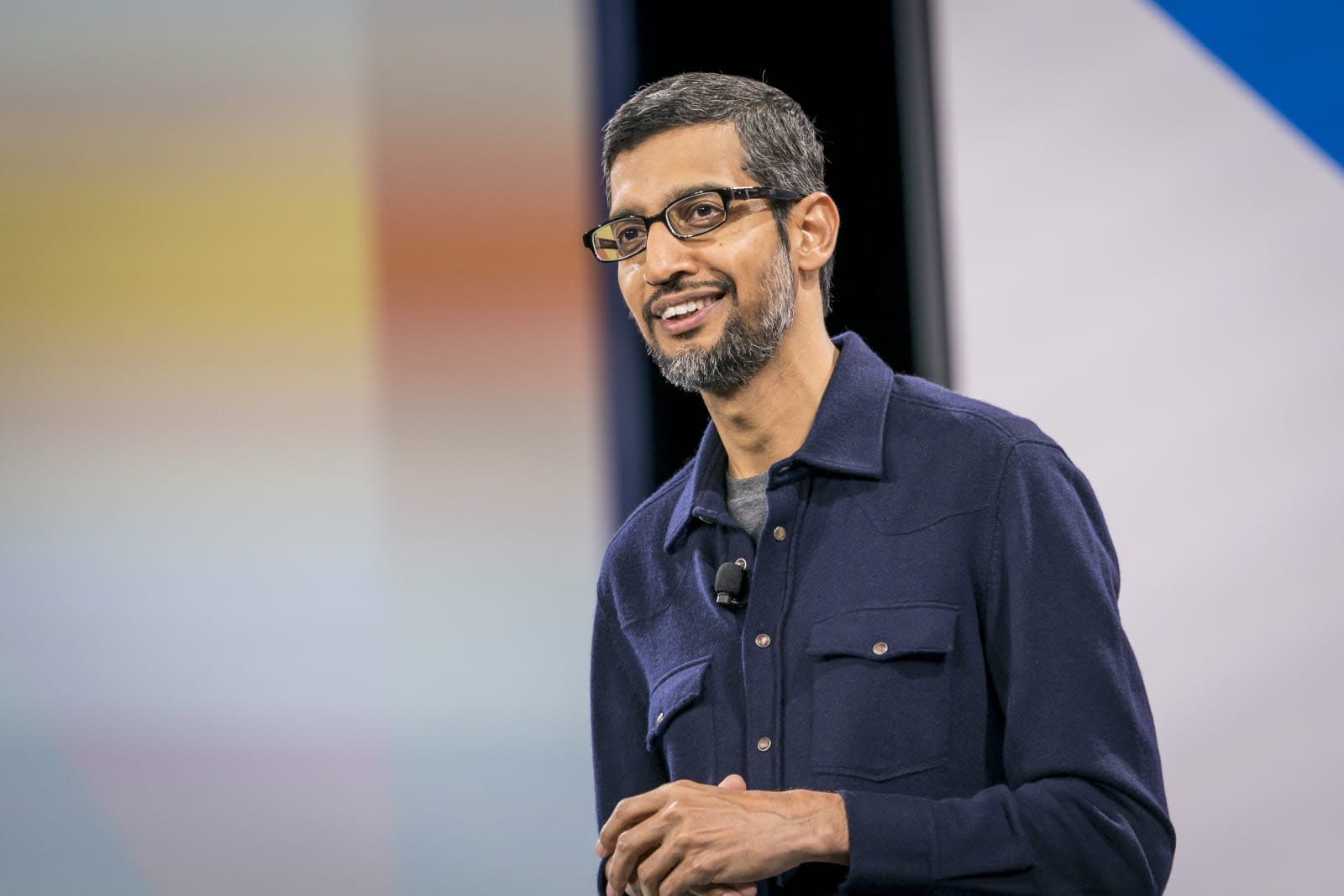 Following the meeting he had last week with Republican lawmakers in Washington, DC, Google CEO Sundar Pichai has agreed to attend a meeting of social media companies hosted by the White House. The Trump administration is also hoping that representatives from Facebook and Twitter will attend as well, Bloomberg reports. Larry Kudlow, the White House economic advisor, was among those who met with Pichai last Friday to address claims of bias, and he said today that the discussions went well.

President Trump and others and have made a number of accusations of bias against social media companies in recent months. While Trump has specifically called out Twitter and Google for what he believed to be anti-conservative political leanings, the CEOs of those companies were also questioned about perceived bias during their Congressional hearings earlier this year. There's also talk that an executive order is in the works that would direct federal agencies to investigate political preference on the part of tech companies like Facebook, Twitter and Google.

Last month, representatives from Facebook and Twitter appeared before the Senate Intelligence Committee to discuss election meddling and security, but while Google was also invited, it chose not to send Pichai or a similarly high-level rep. It offered up its chief legal officer instead, a move that was rejected and sharply criticized by the committee. Pichai is, however, scheduled to testify before the House Judiciary Committee in November and will discuss allegations of bias, privacy and China.

There's currently no date set for Pichai's White House attendance, but it could happen around mid-October.

In this article: bias, DonaldTrump, facebook, gear, google, internet, politics, SocialMedia, twitter, WhiteHouse
All products recommended by Engadget are selected by our editorial team, independent of our parent company. Some of our stories include affiliate links. If you buy something through one of these links, we may earn an affiliate commission.