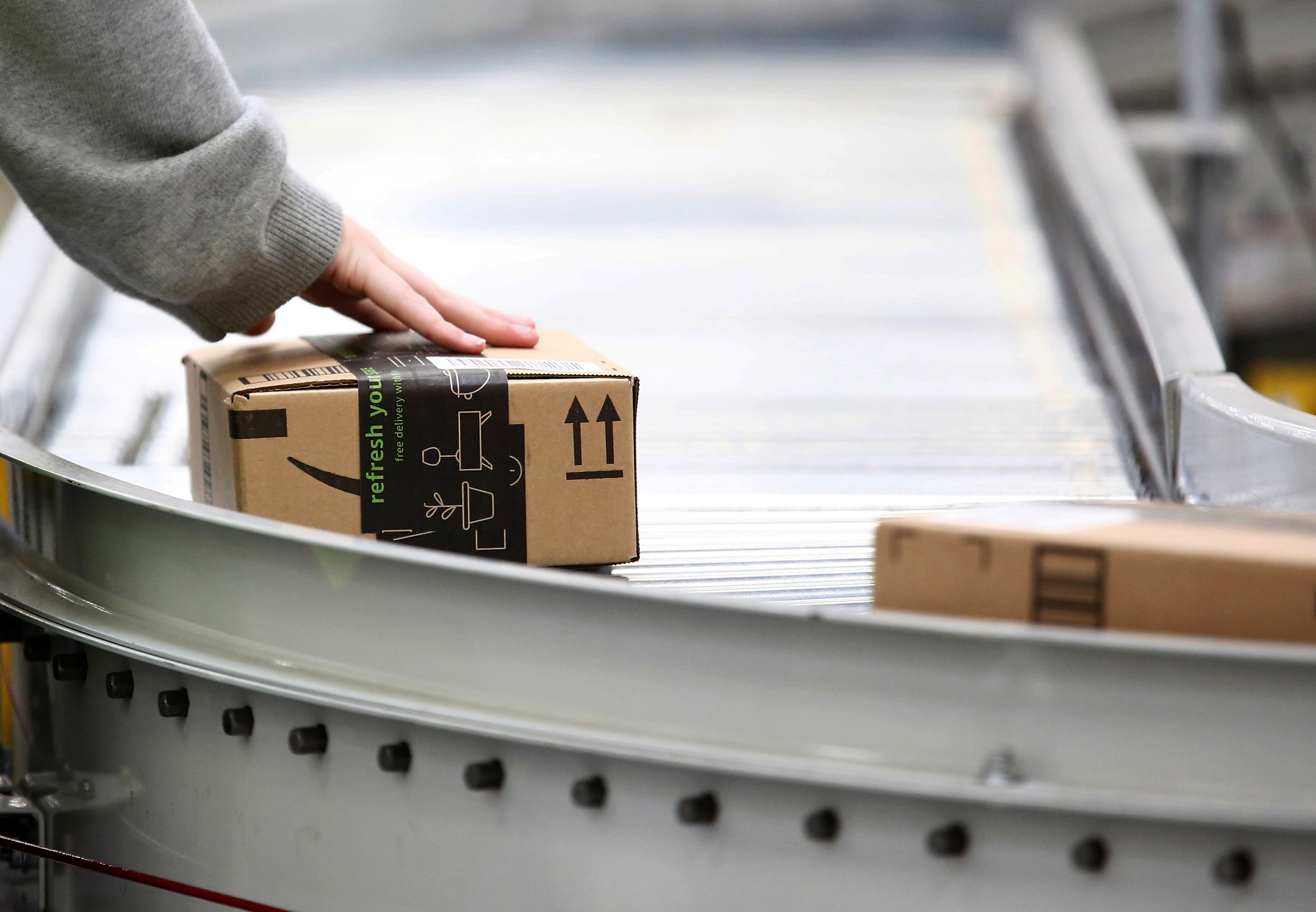 Amazon has been pretty busy the past few months, unleashing a slew of new hardware just in time for the holiday season. Several of those products haven't made it to market quite just yet, but that hasn't stopped the company from raking in money as per usual.

In its third quarterly earnings report, Amazon reported that net sales in the past three months have totaled $56.6 billion, which is a 30 percent year-over-year increase. Meanwhile, net income has increased to $2.9 billion in the third quarter, which is a big jump from the $256 million from this time last year. This is the 14th straight quarter that the online retail giant has reported a profit. That said, the numbers are below Wall Street estimates and the stock dropped by 6 percent as earnings came in.

The problem with Amazon's earnings report, as ever, is that the company doesn't break down sales and profits by department, so it's impossible to know just which part of the company is doing better than others. We know that Amazon has reported $33.7 million net product sales and $22.8 million in net service sales this past quarter for example, but there's no meaningful breakdown of how that's divided in the company.

But without a doubt, a huge chunk of the company's success can be attributed to the success of Alexa. The company recently announced that the number of Alexa-compatible smart home devices have quintupled to more than 20,000 devices from over 3,500 brands. Despite the recent rise of competition from Google Assistant, this shows how dominant Alexa is in the smart assistant space. It's even going to start incorporating Alexa in office equipment soon.

Amazon's earnings statement also mentioned new Alexa Smart Home Skill APIs plus the Alexa Connect Kit, which allows developers to incorporate the Alexa voice control to almost any device. The first example is the AmazonBasics Microwave, but there will certainly be more to come.

One of the areas of Amazon's investment that contributes to Alexa's popularity is in neural networks and artificial intelligence. In its third quarterly report, the company cited that deep neural networks have been helpful in advancing Alexa's talent in detecting difficult-to-hear audio like whispers. It also worked to improve contextual understanding, speech recognition and natural language understanding, among other features.

Amazon highlighted several other key announcements in the past few months that include the recent Fire TV Stick, a new Kindle Paperwhite and the launching of several new Amazon Go stores in cities like San Francisco, Seattle and Chicago.

A good chunk of Amazon revenue also comes from Amazon Web Services (AWS) which is used by several big companies around the world. Some of its most recent customers include DoorDash, Hubspot and Yelp. Revenue from AWS totaled $6.68 billion this past quarter.

In this article: amazon, earnings, financials, gear, internet, personal computing, personalcomputing, q3
All products recommended by Engadget are selected by our editorial team, independent of our parent company. Some of our stories include affiliate links. If you buy something through one of these links, we may earn an affiliate commission.