ICYMI: Catch up on a busy week of Engadget reviews

It has been a busy few weeks when it comes to product announcements, and that means we at Engadget have been reviewing a number of new devices. This week alone we shared our thoughts on laptops from Lenovo, Microsoft, Apple and ASUS, breaking down what each does well and what we think needs some work. We also took a look at the new iPad Pro -- which might as well be a laptop, given its price and the way Apple is positioning it -- and, for a change of pace, BMW's "hybrid supercar," the i8 Roadster.

We were impressed by the keyboard on the ThinkPad X1 Extreme as well as the design of Microsoft's Surface Laptop 2. Apple brought some much-needed improvements to its MacBook Air line and we found ASUS' ZenBook S to be a capable laptop for those not looking for a lot of bells and whistles. The latest addition to the iPad line is impressively powerful, though maybe not a full replacement for a laptop just yet, and BMW's i8 Roadster makes for a fun ride. Here we're doing a quick roundup of all of the reviews we rolled out this week, so keep reading for more details on what we thought about each of these newcomers.

The ThinkPad X1 Extreme serves up a lot of power, but at a price 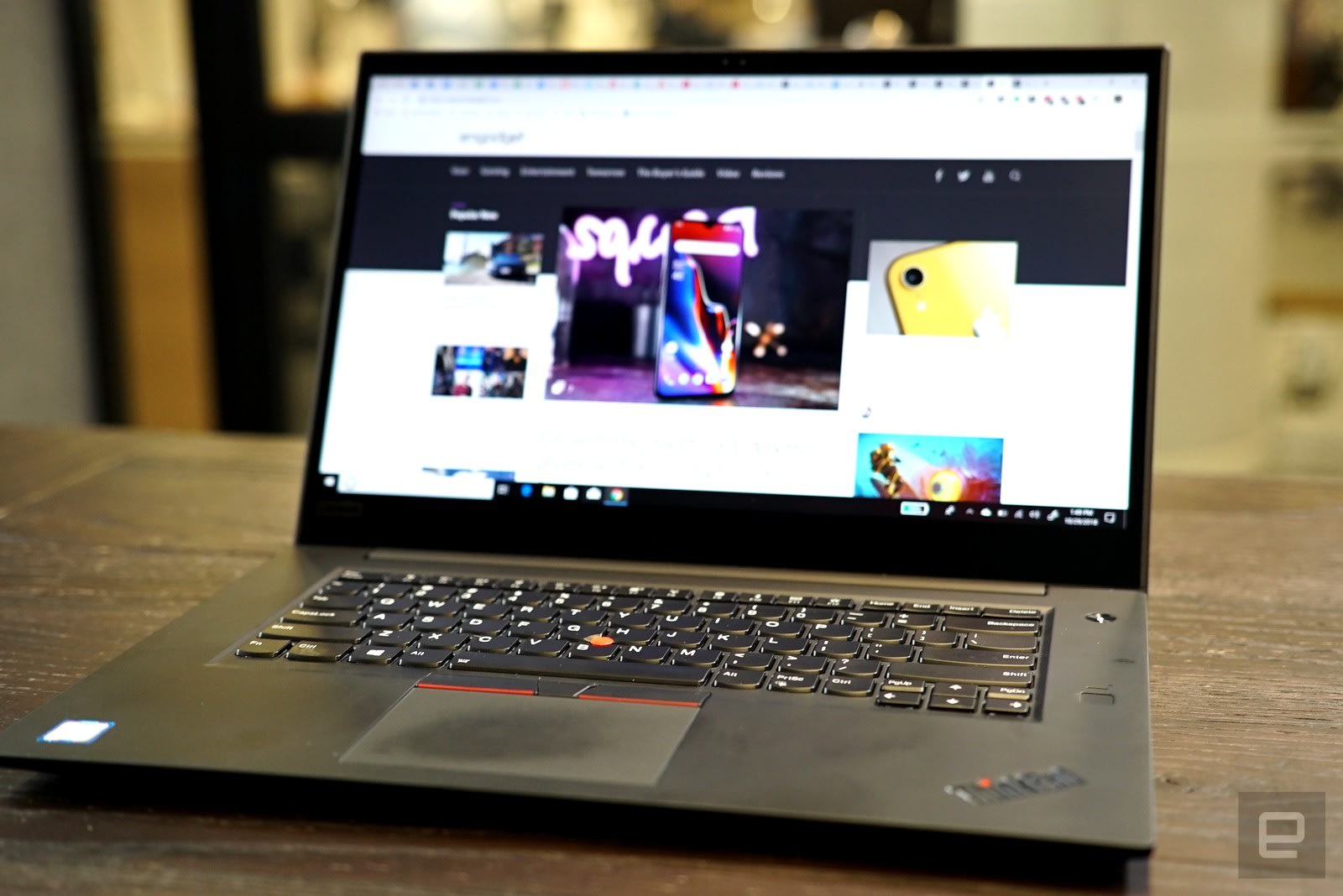 The first thing that drew ThinkPad aficionado Terrence O'Brien to Lenovo's ThinkPad X1 Extreme was its keyboard. With a decent amount of travel, a gentle clicking sound and a nice feel underneath his fingers, the X1 Extreme's keyboard stood out from pretty much every other laptop keyboard we've tried over the years. He was also pleased with the slew of ports it offered and its gorgeous 15.6-inch 4K HDR touchscreen. When it came to power, the X1 Extreme more than held its own. Terrence threw quite a bit at this device and the X1 Extreme handled it all quite easily. That, of course, is thanks to some pretty powerful components like its Core i7-8850H CPU.

That power does come at a cost though, as the X1 Extreme's battery left a bit to be desired. Its sound quality and trackpad both also came up a little short. Finally, the X1 Extreme's price tag is fairly high, starting at $1,800. But overall, it's a decent option compared to its competition depending on what specs you're looking for. 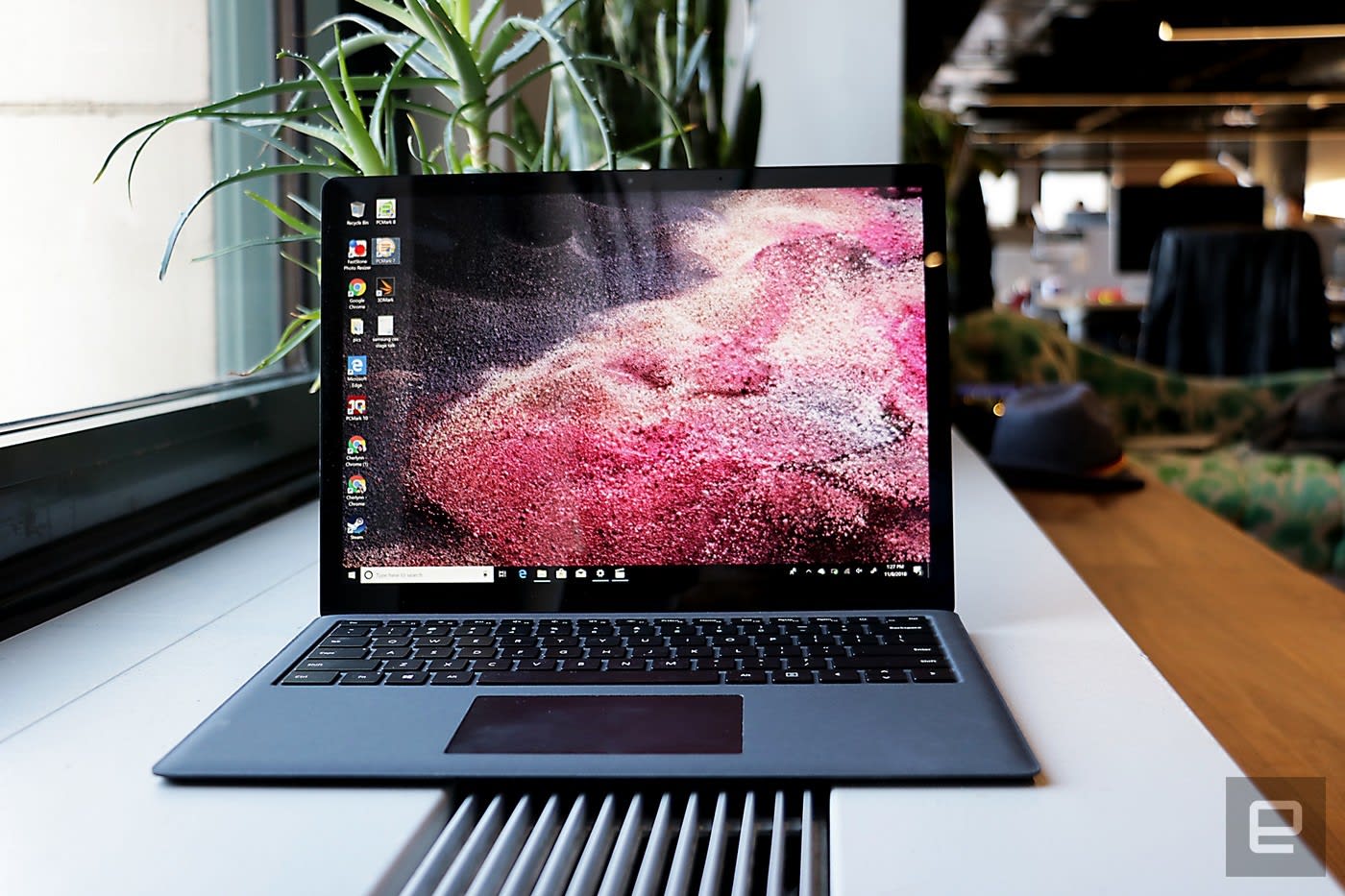 While we were fans of the original Surface Laptop's design, the sleeks lines, smooth aluminum case and attractive matte black option of the Surface Laptop 2 makes for an impressive looking piece of hardware. And the display didn't disappoint either, as reviews editor Cherlynn Low came across minimal issues. She found the keyboard to be comfortable to type on and quieter than that of the original Surface Laptop, while the trackpad was responsive, roomy and a joy to use.

Performance-wise, the laptop easily handled Cherlynn's daily workflow, and in tests, it performed comparably to other devices with similar specs. The battery life was impressive as well, outlasting the original version by over an hour. The most notable issue we had was with the Surface Laptop 2's charging socket, which is so shallow, that the charging cord easily fell out even at the slightest touch. That being said, the Surface Laptop 2 is a strong overall option at a reasonable price. 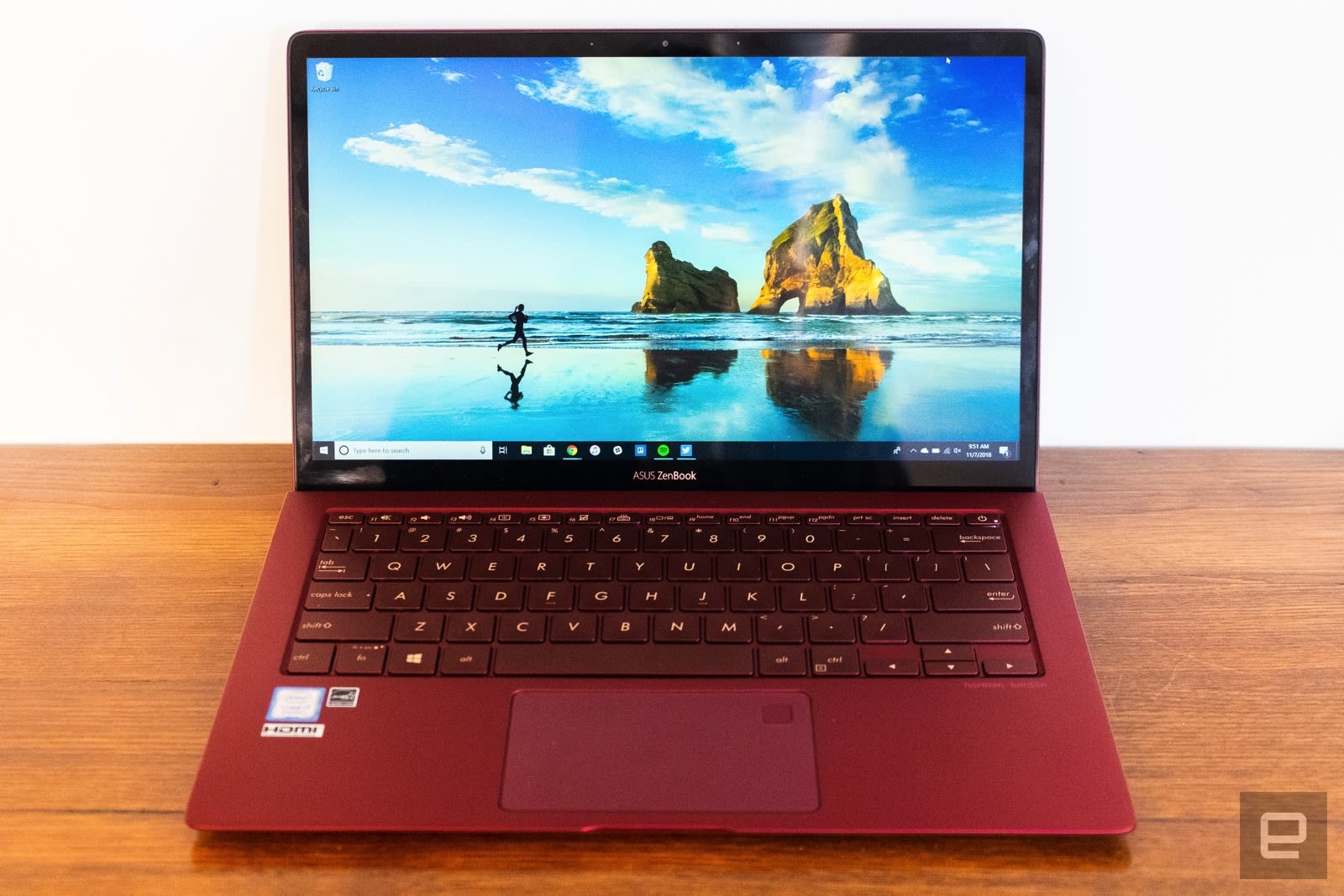 If you're looking for a lightweight, traditional clamshell notebook, the ASUS ZenBook S might be for you. At just 2.2 pounds, it's one of the lightest options out there, and its thin body makes it pretty ideal when it comes to portability. Its durable design also makes for a sturdy laptop that can likely handle a fair amount of wear and tear.

The ZenBook S features an interesting hinge design that props up the body of the laptop. This results in a gently-angled keyboard that improves airflow, boosts the speaker and makes typing more enjoyable. The design is a little tricky to navigate, however, when you're actually using it on your lap.

The laptop's performance held up to to deputy managing editor Nathan Ingraham's typical workflow, but it's not a good option if you're looking to play games. Further, the rather short battery life makes for a laptop that's not the best option out there -- but certainly not the worst either. If a light, standard laptop is what you're needing, the ZenBook S fits the bill. 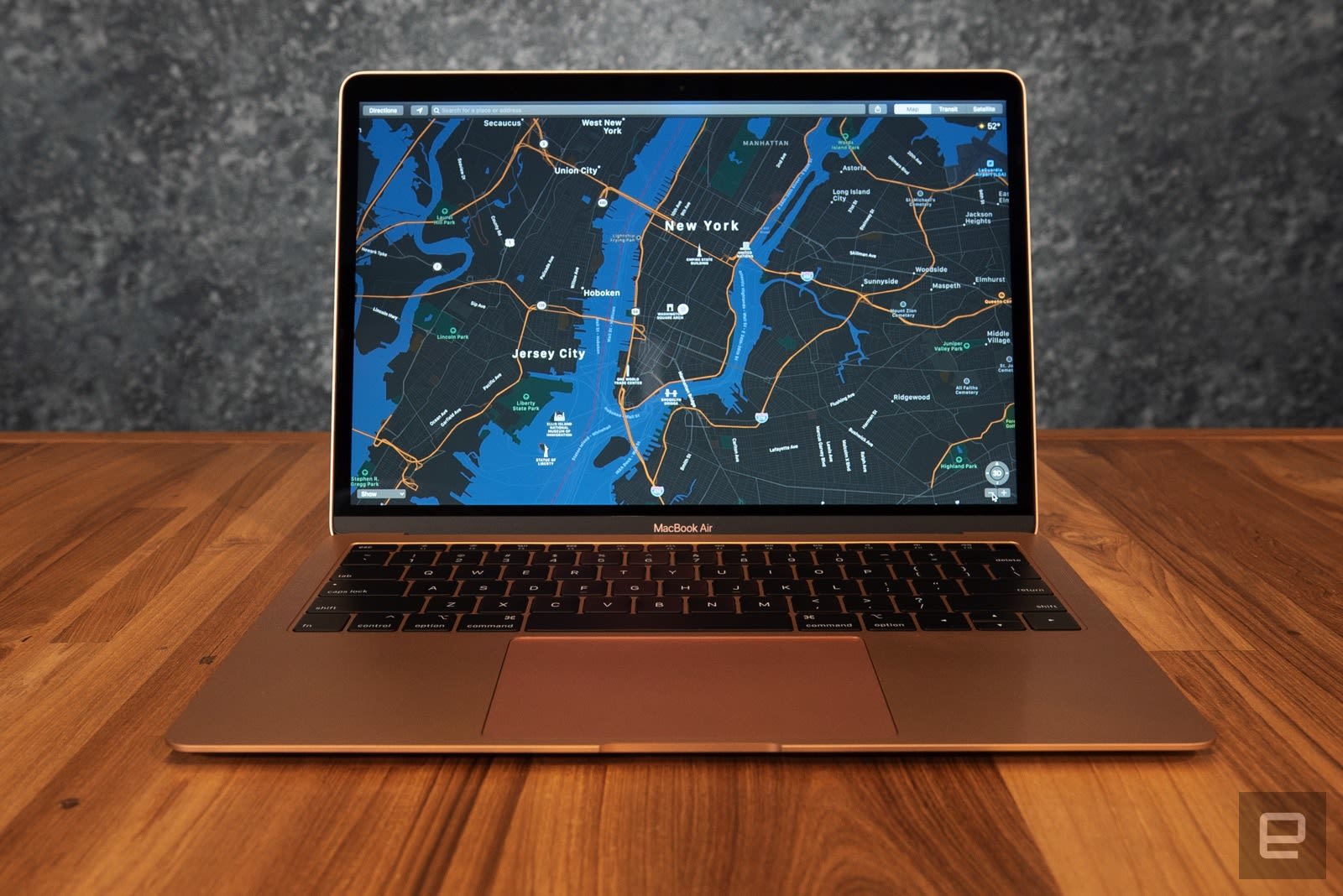 Apple surprised us last month when it chose to update its long-ignored MacBook Air line, and the upgrades it introduced have certainly improved upon the outdated original. Compared to its predecessor, the updated Air is both lighter and thinner, boasts a Retina display with smaller bezels and features louder speakers. There's also Touch ID, Apple's butterfly keyboard and a large trackpad.

The Air held up to Editor-in-Chief Dana Wollman's daily needs when it came to performance, and under controlled conditions, she found the Air's battery lasted just about the 13 hours Apple advertises. One problem she did have with the Air is that Apple doesn't offer a processor upgrade option -- you're stuck with a dual-core Intel Core i5. If that's not enough for you, you'll have to turn to Apple's MacBook Pro line. As for whether you should opt for the Air or the entry-level MacBook Pro that's only $100 more, that's really up to you and comes down to what specs you're looking for. But overall, the new MacBook Air is a good option that finally brings some needed upgrades to the line.

The iPad Pro 12.9 isn't quite a laptop replacement for everyone, but it's close 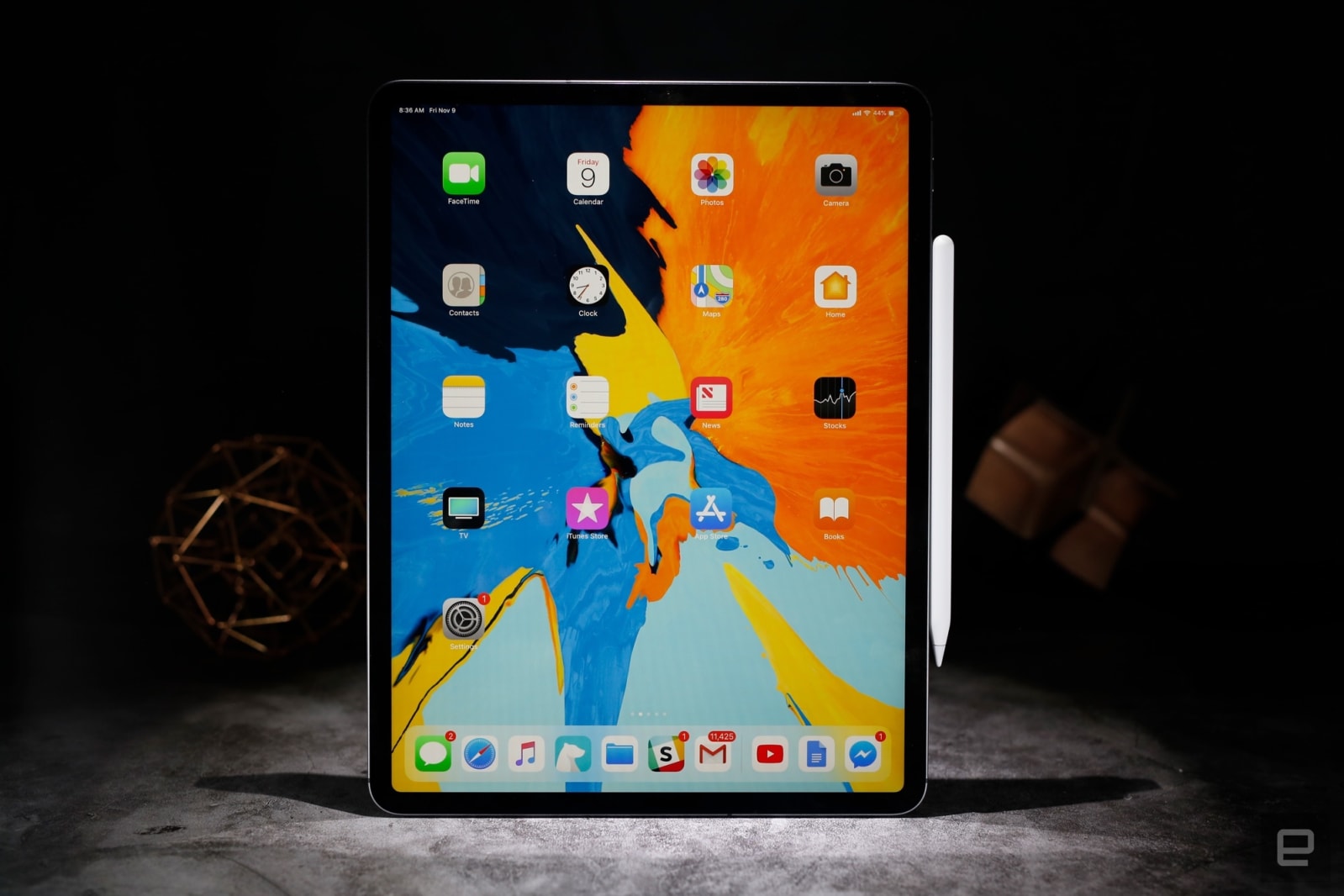 Ok, so the iPad Pro isn't a laptop, but since Apple has been billing the line as the "future of computing," it's worth looking at it as if it were. The new iPad Pro has a design that's sleeker and easier to hold than that of its predecessors, while its display renders bright, beautiful colors and refreshes at 120Hz. Further, the iPad Pro finally ushers in Apple's embrace of USB-C -- though senior mobile editor Chris Velazco found some shortcomings there.

He liked the new Apple Pencil, especially the fact that it magnetically attaches to the iPad Pro to charge. And with its A12X Bionic chipset, the iPad Pro is rather powerful, out-performing some MacBook Pro configurations in our tests. The battery life was also more than adequate, often lasting a day and a half with nearly nonstop use.

For his purposes, Chris found there were just too many situations where the iPad Pro fell short as a laptop replacement. But that doesn't mean that will be the case for everybody. Its power can certainly withstand a whole slew of high-performance tasks and for some people, the iPad Pro will be more than capable of being all you need. 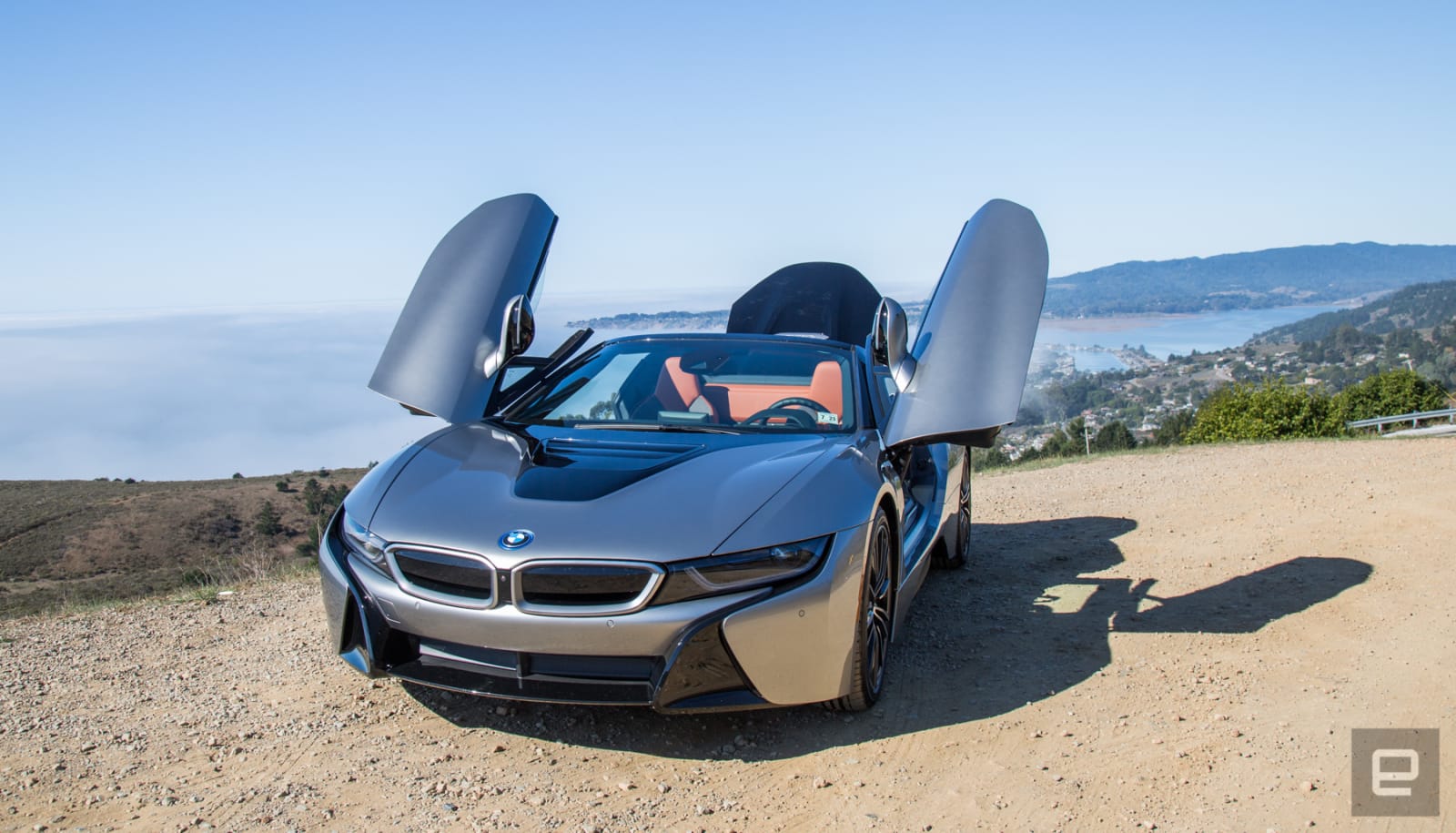 The BMW i8 Roadster isn't a monster in terms of specs -- but senior editor Roberto Baldwin does believe it's a piece of art. The combo of a three-cylinder engine and electric motor pump out 369 horsepower and 420-foot-pounds of torque and It'll do zero to 60 in 4.4 seconds. Impressive, but not really supercar impressive.

It sits in a weird spot in the automotive world. It looks and corners like a supercar, but you're going to be disappointed in a drag race with anything that resembles it. Instead, it's a rolling piece of pricey art and technology that has great gas mileage (up to 69 mpg) and is comfortable enough to drive every day. Even with its lack of road feel, it feels great to drive around sharp corners. It's ultimately a truly fun vehicle without being overbearing, it handles well, it has design that turns heads (Roberto calls it an "Instagram magnet")... and it has some positively insane doors.

Check out our holiday gift guide for laptop gift ideas 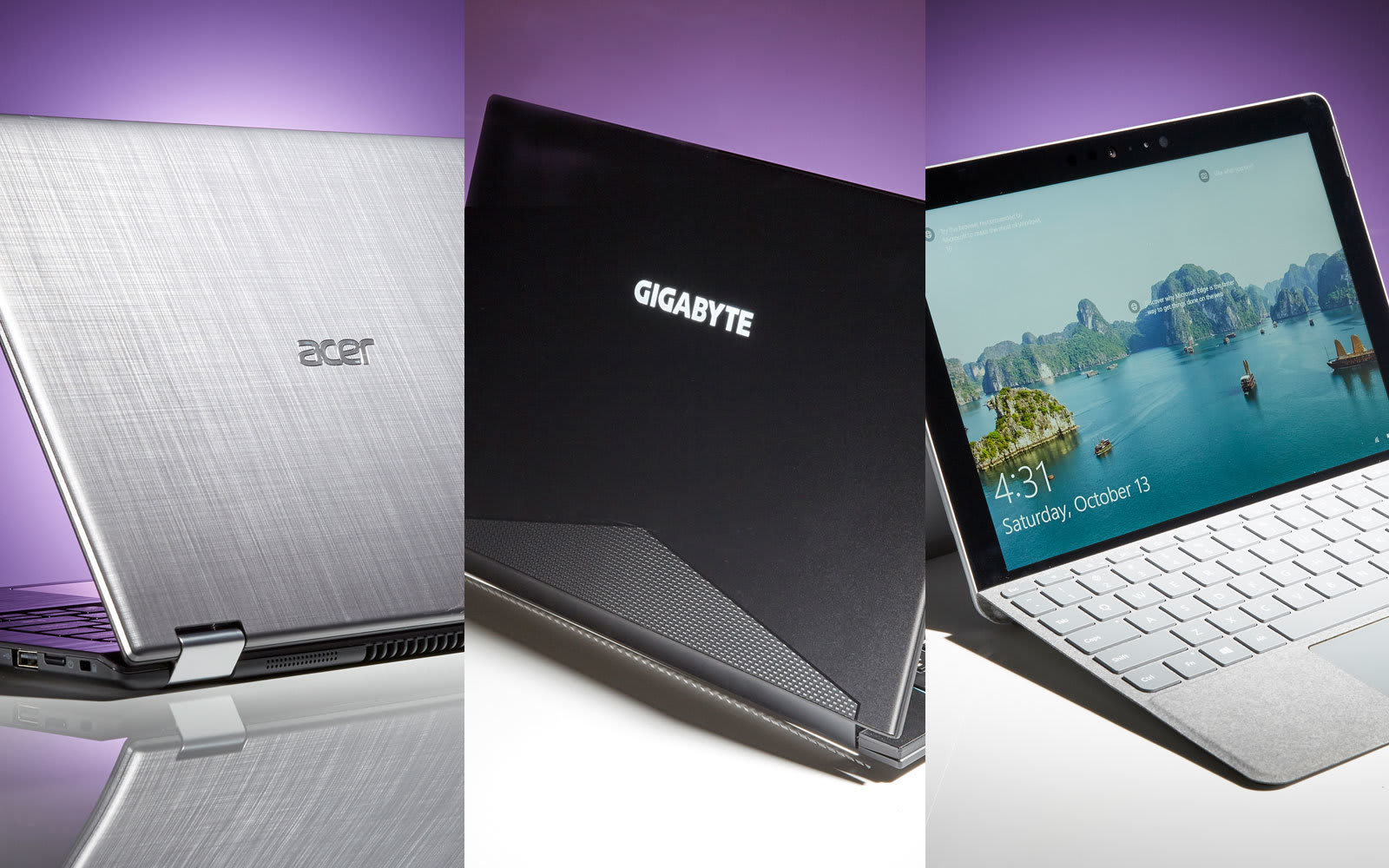 Going back to laptops -- we've just launched our holiday gift guide, which includes a number of the best we've seen this year. Whether you're looking for a new laptop for yourself or someone else, the holidays are a good time to take that step. Our gift guide has options for everyone -- gamers, traditional users and anyone else on your list.