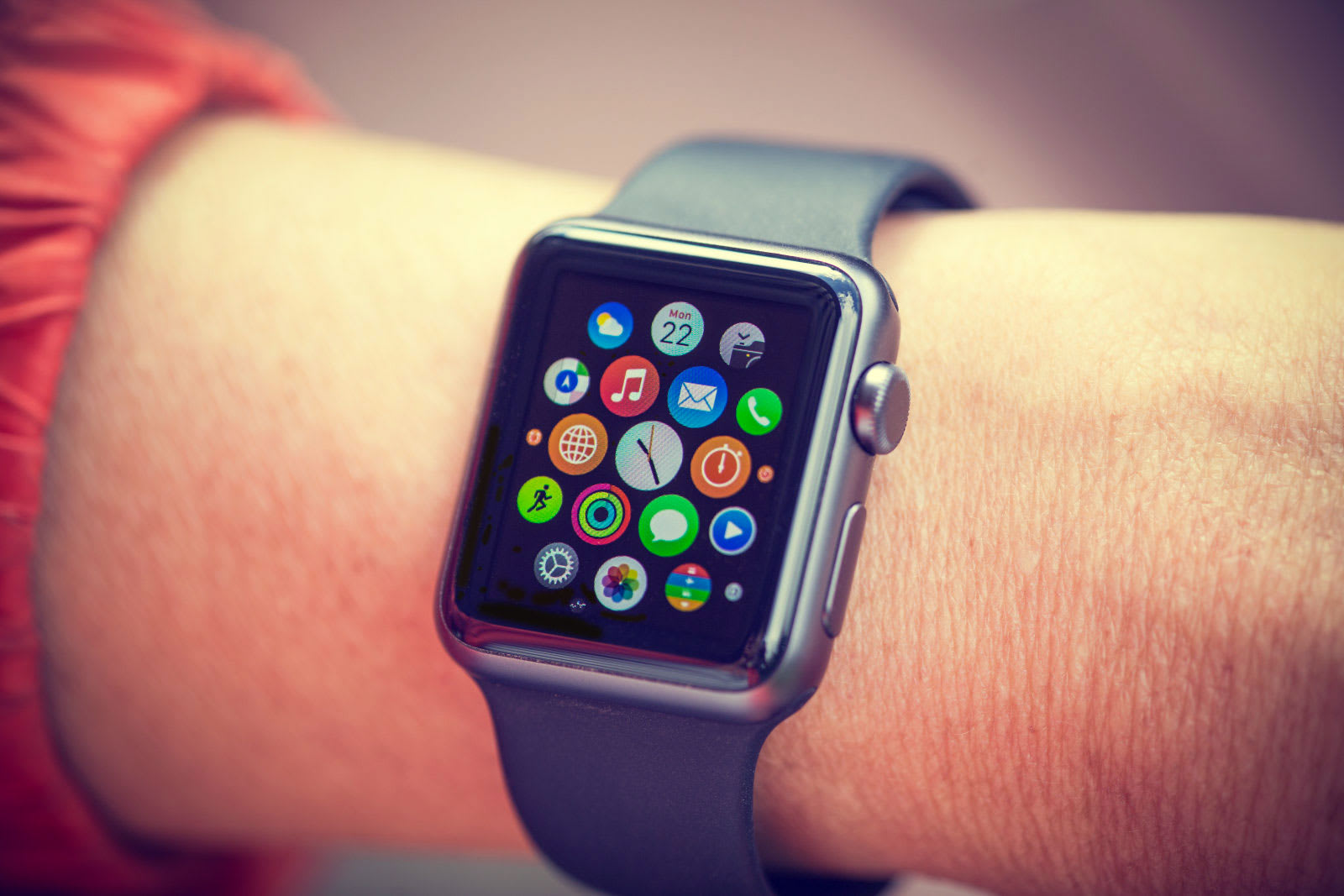 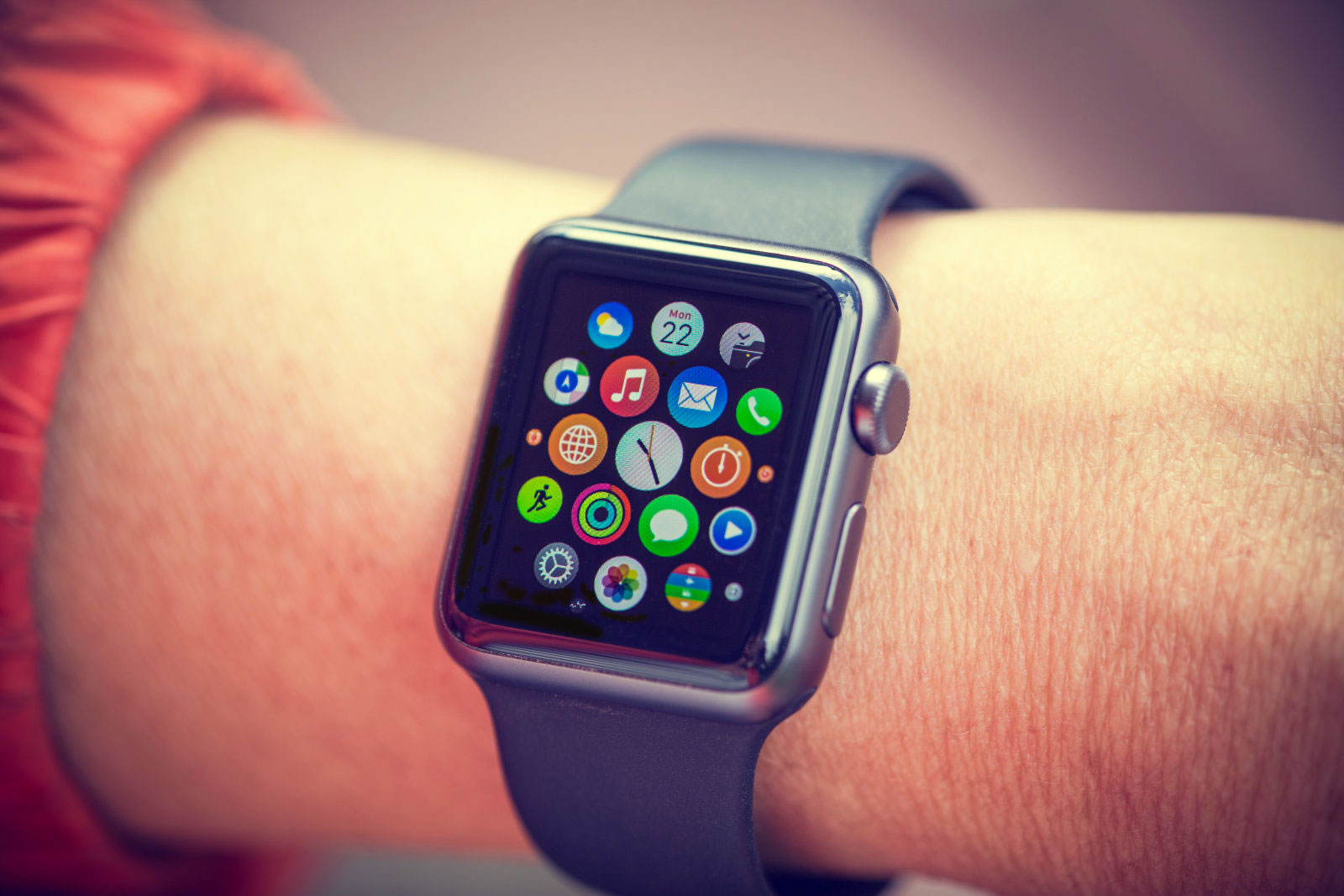 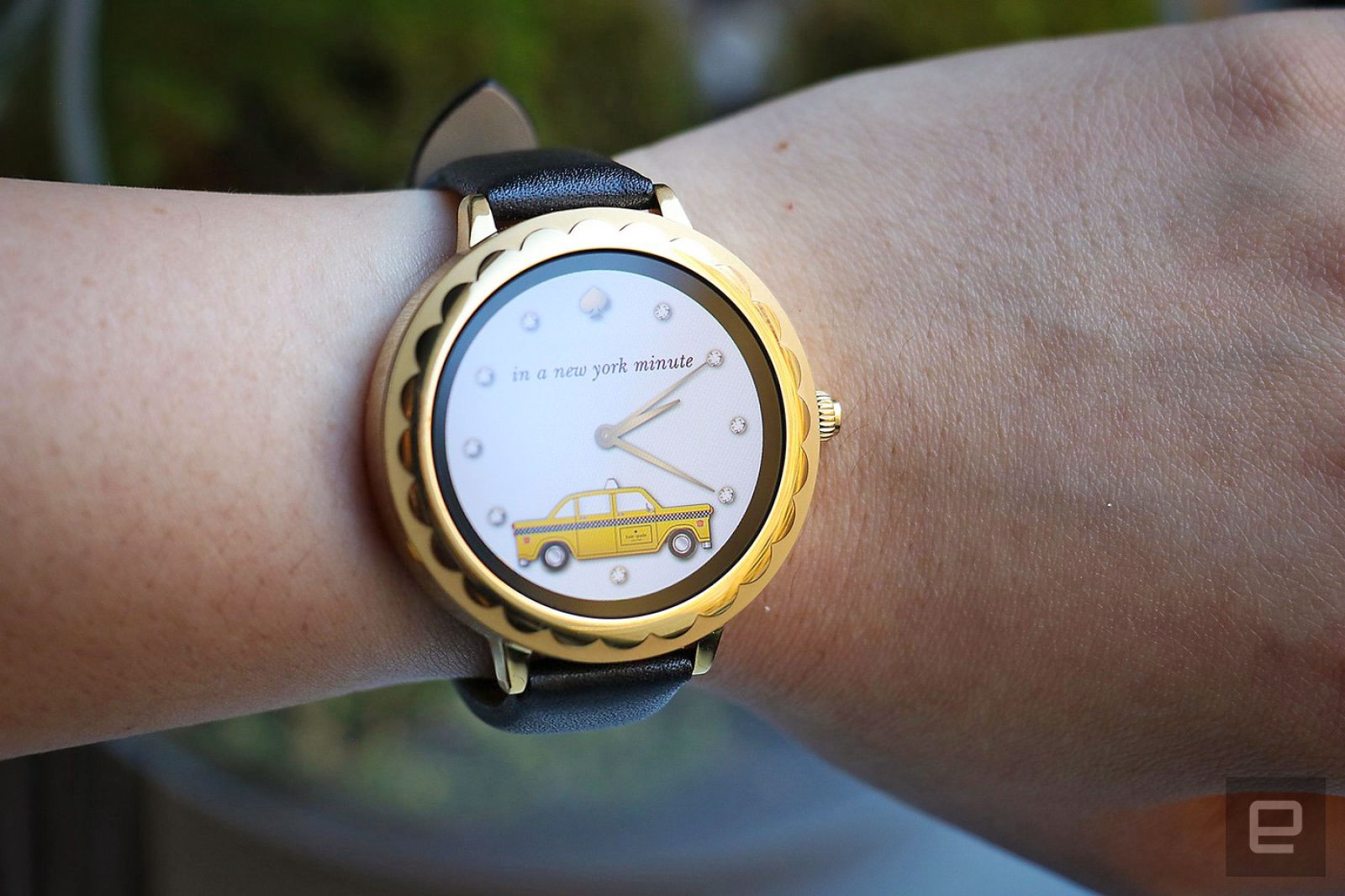 This part you probably already know. Turn on your watch, pair it with your phone and follow the onscreen instructions. If you're setting up an Android Wear device, check to see if the company that made it, like Michael Kors or Huawei or ASUS, has its own app. These often offer more customizable watch faces (like Kate Spade's New York Minute cab skin), along with tools like ASUS' flashlight and compass.

Once you've gone through the installation, you'll find a vanilla version of the wearable OS with a variety of preloaded apps. Start making your device yours by picking and tweaking your home screen. Choose the background, dials and hands that suit your fancy, and add widgets to show things like your daily activity progress, a weather report, calendar appointments and more, depending on the OS. (For Android Wear, you may have to download additional faces to get more options.)

Activating the complications (the alerts on the watch face) that you'll use the most can save you a lot of accumulated time every day that you'd spend swiping through pages and apps to get a quick update. After squaring away these basics, you can play with additional tools to make your watch more useful. 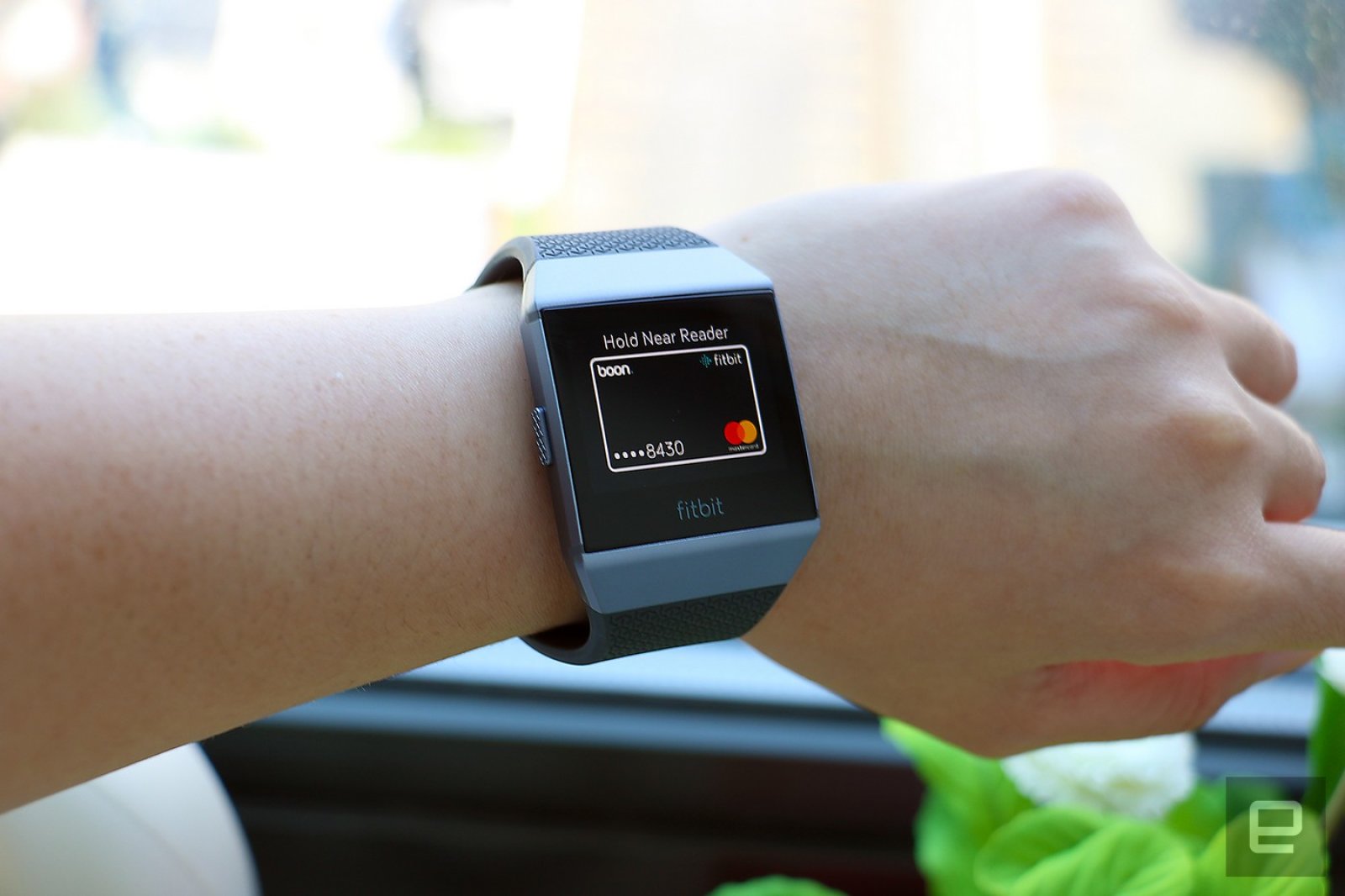 In addition to the obvious stuff, like queuing up your daily alarms and choosing which notifications to allow on your watch, you should also set up mobile payments. Whether it's Apple Pay, Android Pay, Samsung Pay, Fitbit Pay or Garmin Pay, contactless payments aren't just a trivial convenience -- they can be helpful when you're traveling very light or have your hands full. You'll usually have to set a default card to use on your watch, so make sure to pick your primary account.

Millions of stores accept Apple Pay, and many also take Android Pay and Samsung Pay via NFC terminals. Fitbit Pay is accepted in most of the same places as Mastercard contactless payments. You can use Samsung's Gear S3 at stores that accept only traditional magnetic swipe transactions (MST), which are more common than NFC-compatible locations. 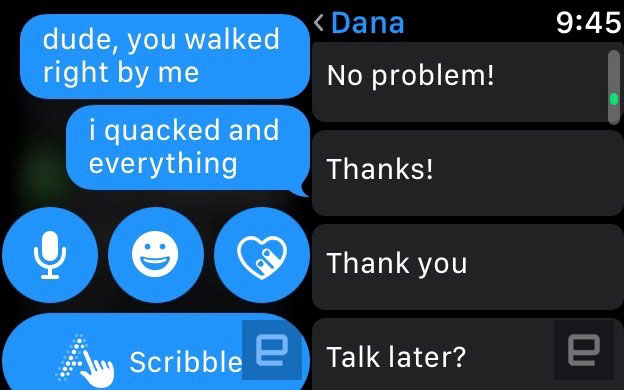 Most smartwatch screens range between 38mm and 44mm wide, which is barely big enough to comfortably read your notifications on, let alone type out messages. Which is why most of these devices offer alternative methods of input, including canned responses, dictation and handwriting recognition. (The Fitbit Ionic does not let you reply to messages from your watch, so you'll have to whip out your phone for that.)

It's best to set a quick reply that succinctly explains that you've seen a message and will respond later. You can use the default options, of course, which are usually variants of "Yes," "No" and "Can't talk now." They're impersonal, but adequate. You can create something more human, like "Hey, saw ur msg, will reply later" for Apple Watches.

If you can't use your hands, reading out your reply is a good alternative. Apple and Google's voice recognition are accurate most of the time, although it does help if you enunciate carefully. Still, they're not good enough to be your primary choice for input yet (unless you don't mind sending messages with the odd misheard word here and there) and can sometimes take a while to process.

Connect your headphones and prepare your music 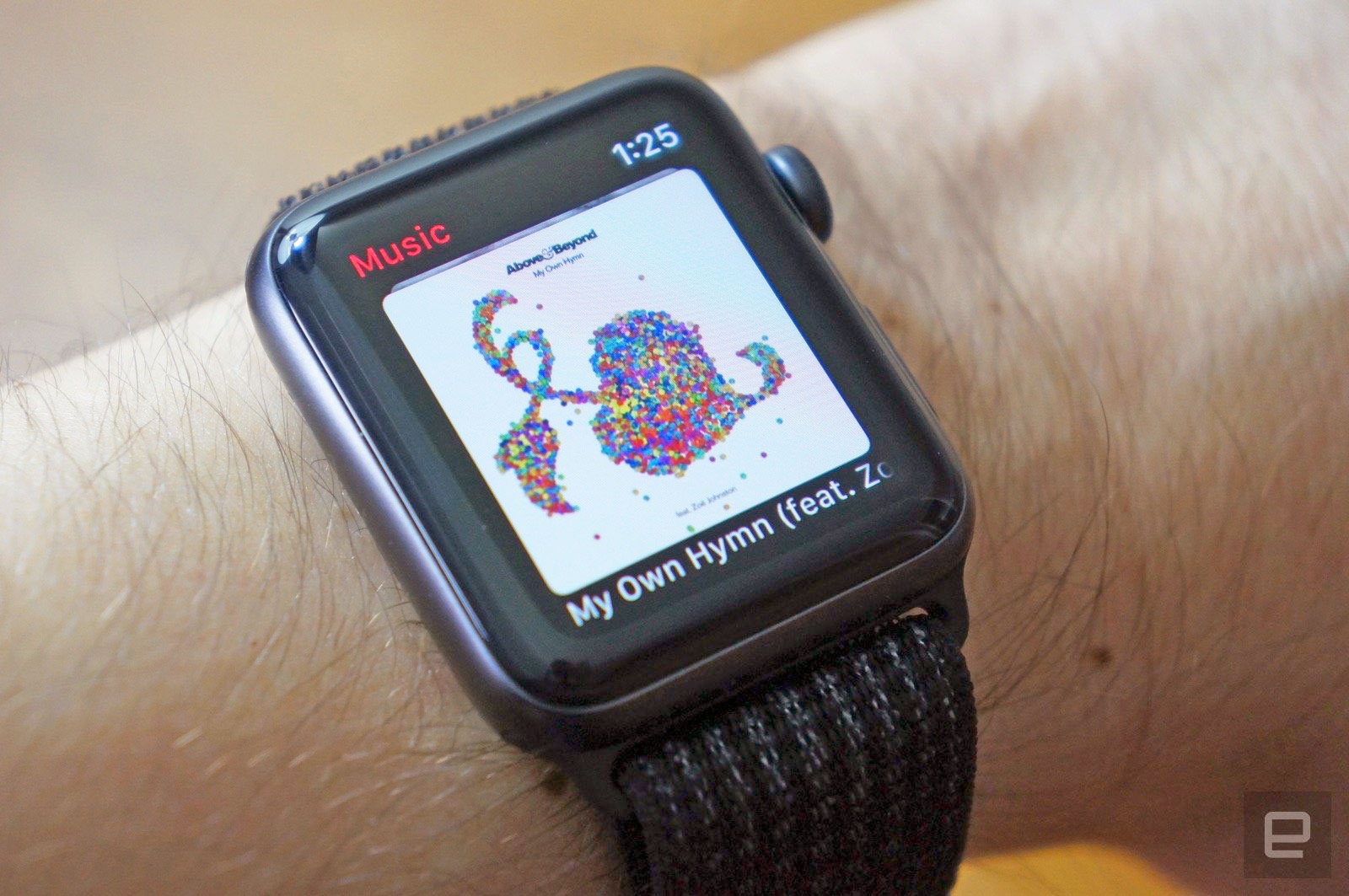 Most newer smartwatches can stream music to Bluetooth headphones, making it easier to go on a run or a quick errand without your phone. You should save your playlist on your watch in advance so you can listen without an internet connection, as this will prevent battery drain. For Apple Watch, Android Wear and Samsung Gear, you can sync playlists via the Apple Music, Play Music and Spotify apps, respectively, while Fitbit requires a more tedious setup involving either a Pandora Premium account or a connection to your laptop.

While you can't natively stream podcasts from most watches, you can download a third-party app like Wear Casts or Watchplayer (for Apple Watch) to play them. You'll generally have to use your phone to transfer episodes over to your watch, but the resulting convenience is worth the trouble.

Your watch likely came with a preset daily step goal, but those who are more conscientious about their fitness will want to tweak their daily objective. Whether it's calories burned, distance traveled or steps taken, setting your activity targets right when you get your smartwatch is the best way to keep yourself on track. You'll typically do this via the companion app on your smartphone, which is also where you can set the frequency of reminders to try and hit your goals.

If you've bought a smartwatch, chances are you've also invested in connected devices at home. Some of these can be controlled from your smartwatch, like Samsung's SmartThing appliances via the Gear or the Apple TV Remote on the Watch. These are a little functionally limited right now -- Apple's offering works only with its TV, while Samsung's feature isn't live yet. Plus, the Gear watches will enable only simple controls like turning your lights on or off, whereas you'll have to go to your phone to change things like brightness and colors. Still, it's nice not to have to carry your phone around your home for little tasks like these.

But even if you're not using an Apple or Samsung watch, you can still use voice control for Google Assistant or Siri from your wrist to interact with your home. That's a nifty convenience if you don't already have an always listening speaker at home to obey your commands, but bear in mind that smartwatches tend to be slower to react than speakers, since they typically use less powerful processors.

Install your most used third-party apps

Whether you're an avid runner or prefer traveling by Lyft, you'll find that your favorite services already have an app for your watch. Fitness tools like Runkeeper, Strava and MapMyRun work with Apple Watch, Android Wear and Samsung Gear and integrate with other major fitness wearables. Ride-hailing giants Uber and Lyft have apps for Apple Watch, Android Wear and Fitbit OS, while Uber is also on Samsung's Tizen OS.

You'll also appreciate note-keeping options like Evernote and Todoist for Apple Watch and Android Wear, as well as Yelp, which is available on all platforms except Android Wear. Bear is a good note-keeping app for the Apple Watch, too. Frequent travelers should look for airline apps -- having your ticket on your wrist means one less thing to keep an eye on in the chaos that is airport security. Smart home apps like Nest (Apple and Android) and Philips Hue (Apple only) are musts for those who own appliances from those companies, and you can also control your Philips Hue lights on Android Wear via the Google Assistant.

If you're feeling a little more adventurous, use IFTTT to create custom recipes that automate how your gadgets behave. Set your lights to turn off when your smartwatch leaves your WiFi network, or create an alert for when you've left your phone's Bluetooth range. IFTTT works well with Android Wear, but it also offers the Do Button app for both Google and Apple devices to build tasks that run when you push a button on your screen.

In this article: androidwear, apple, applewatch, gadgetry, gadgets, gear, google, samsung, smartwatch, Smartwatches, thebuyersguide, wearables
All products recommended by Engadget are selected by our editorial team, independent of our parent company. Some of our stories include affiliate links. If you buy something through one of these links, we may earn an affiliate commission.