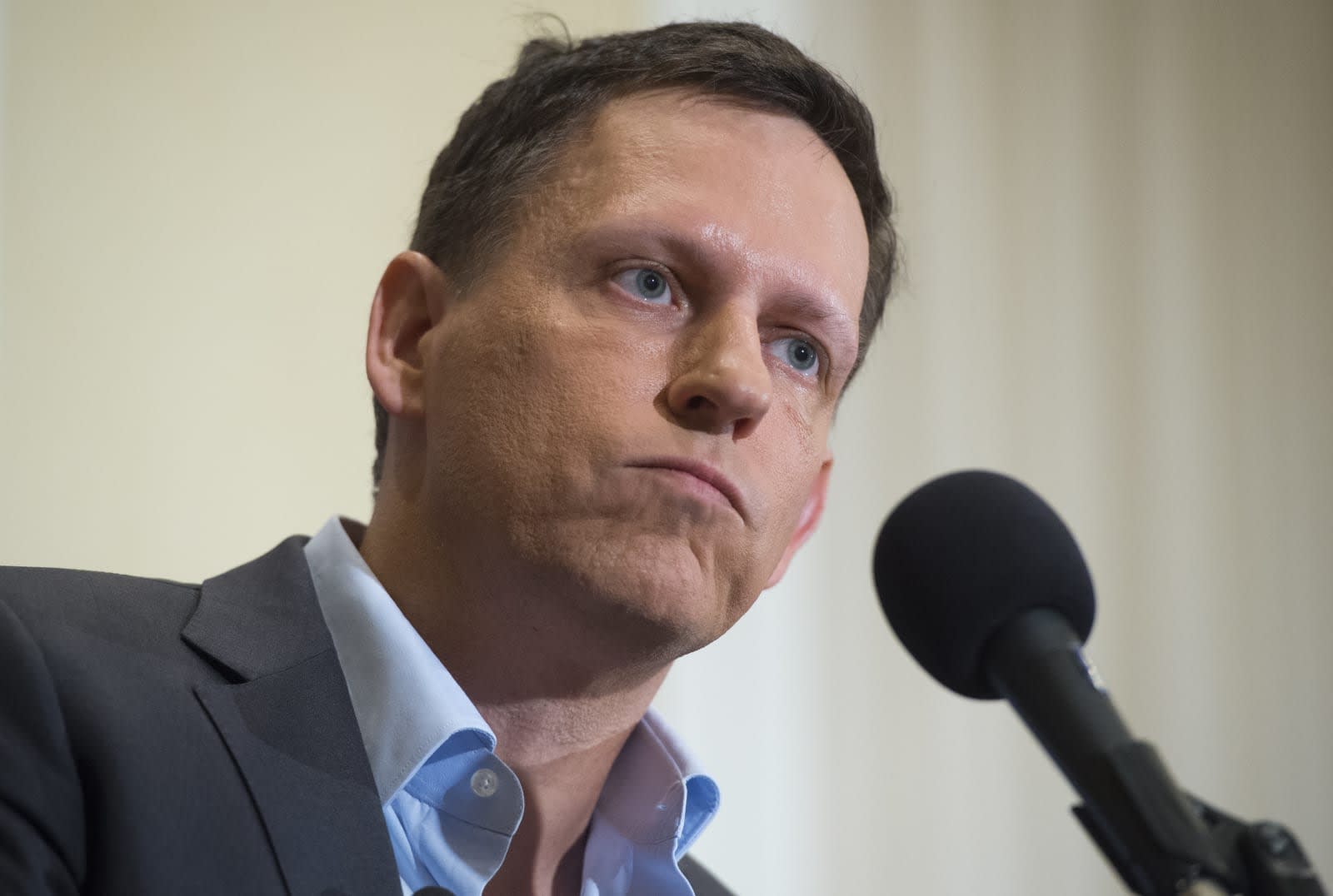 The Wall Street Journal reports today that Peter Thiel -- billionaire, investor and Gawker-killer -- might be cutting many of his ties with Silicon Valley. The paper spoke to sources it says are familiar with Thiel and his plans and they said that the shift is largely due to the Bay Area's left-leaning politics and what Thiel sees as its intolerance for conservative views. Supposedly, he's considering leaving Facebook's board and plans to move to Los Angeles. Thiel Capital and Thiel Foundation, companies that manage his investments, may also be relocated to LA.

Thiel, a co-founder of PayPal and an early investor of Facebook, has had his hands and his cash in a number of startups and major tech companies, and he's been an influential Silicon Valley figure for decades. But he hasn't been welcomed by everyone there. His politics, and particularly his support of Donald Trump's campaign and early presidency, ruffled a lot of feathers in the tech world, including those of Facebook board member and Netflix CEO Reed Hastings. The possibility of Thiel leaving Facebook's board came up during the height of Thiel's dispute with Hastings, but Mark Zuckerberg released a statement at the time saying the company was keeping him around because it supported diversity.

But Facebook isn't the only company that has come under fire for its involvement with Thiel. Diversity initiative Project Include cut ties with venture incubator Y Combinator because of its connection with Thiel and though it wasn't clear why, Y Combinator later parted ways with Thiel. Over the last couple of years, Thiel has also left the boards of Zenefits and Asana and has sold off the majority of his stakes in Twilio and Facebook. But he remains involved with other companies, including Palantir Technologies -- a data-mining and analytics company whose tools are used by US Customs and Border Protection as well as ICE to track immigrants in the US.

If Thiel really does pull back from Silicon Valley and the tech world, it would be rather notable, if for nothing else because of just how involved he's been. Some may welcome the thought, but even if Thiel moves, it doesn't mean he's going away. And according to the Wall Street Journal's sources, Thiel's next move might be a conservative media outlet. Time will tell if these reports reflect Thiel's true intentions, but Silicon Valley eyes will certainly remain on the billionaire, whether they're watching him stay or go.

Source: The Wall Street Journal
In this article: business, conservative, facebook, gear, palantir, paypal, PeterThiel, politics, SiliconValley, YCombinator
All products recommended by Engadget are selected by our editorial team, independent of our parent company. Some of our stories include affiliate links. If you buy something through one of these links, we may earn an affiliate commission.