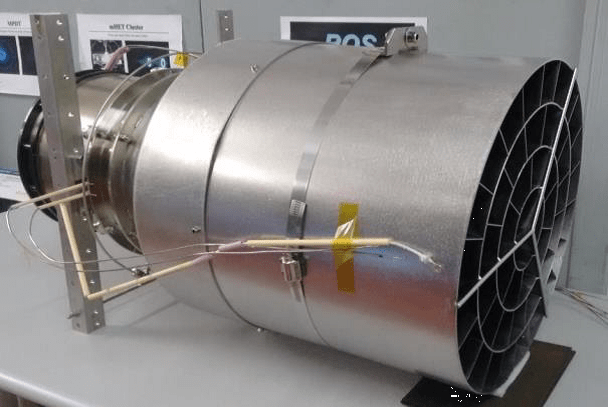 Satellites could soon remain in orbit for years on end thanks to new technology that turns air molecules into propellant. A European Space Agency (ESA) team has developed an electric thruster that collects molecules from the top of the atmosphere and gives them electric charges so they can be accelerated and ejected to provide thrust. This could create a new class of satellites able to operate in orbit for long stretches.

Current technology means that satellite missions are limited by the need for on-board propellant. ESA's GOCE gravity mapper, for example, managed to operate for five years thanks to an electric thruster that minimised air drag, but it still relied on 40kg of xenon -- once that was depleted the mission ended. A host of companies, including NASA, ViviSat and The China National Space Administration have already demonstrated some in-space refuelling capabilities, but this is obviously a much more elegant solution.

The new electric thruster, developed for testing by Sitael, works on a passive basis (there are no valves or complex parts), and comprises an intake that's able to collect and compress the air molecules that otherwise bounce away. According to ESA's Louis Walpot, the research means air-breathing electric propulsion "is no longer simply a theory but a tangible, working concept, ready to be developed, to serve one day as the basis of a new class of missions." The team says the thrusters could also be used at the outer fringes of other planets, such as drawing on the carbon dioxide of Mars, potentially opening up far-away planets for exploration in a way that's been largely unobtainable until now.

Source: ESA
In this article: air, ESA, molecule, orbit, propellant, satellite, space, thruster, xenon
All products recommended by Engadget are selected by our editorial team, independent of our parent company. Some of our stories include affiliate links. If you buy something through one of these links, we may earn an affiliate commission.