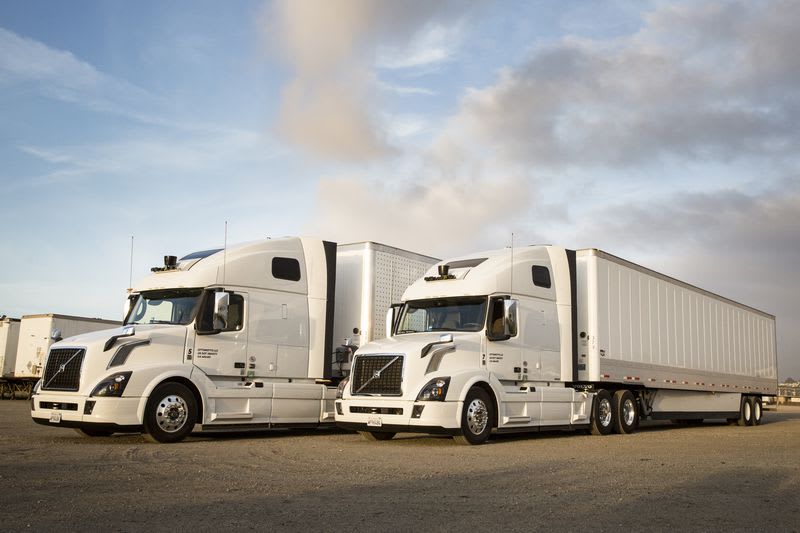 Uber announced today that its self-driving trucks have been operating in Arizona for the last couple of months. The company said it has two main transfer hubs in Sanders and Topock, but other than that, Uber is being pretty tight-lipped about the operation. For instance, it hasn't shared how many trucks are in use, how many miles they've driven, what they're shipping or how often drivers have to take over for the autonomous system, and has only said that the trucks have completed thousands of rides to date.

You can check out how the system works in the video below. The idea is that a regular semi will pick up a delivery load from a shipper and drive it to a transfer hub. There, one of Uber's self-driving trucks, and a safety driver, will take the trailer and transport it over the longest leg of the trip. Once the truck nears the delivery destination, it will again head to a transfer hub where a conventional truck and driver will pick up the trailer and take it to its final stopping point. Shipment details are handled by Uber Freight -- the app the company launched last May that connects shippers and truck drivers.

Uber made its first delivery with a self-driving truck in 2016, when one of its semis transported 2,000 cases of Budweiser from Fort Collins, Colorado to Colorado Springs. Since then, Embark has joined the self-driving semi shipment game, delivering Frigidaire appliances between Texas and California in 2017 and making a long-haul trip from California to Florida earlier this year.

Uber's self-driving trucks are a result of the company's acquisition of Otto in 2016, a deal that eventually led to a major legal dispute with Waymo. Uber and Waymo agreed to a settlement last month and are reportedly now considering a partnership.

Via: Recode
Coverage: New York Times
In this article: AutonomousVehicles, delivery, Embark, gear, otto, SelfDriving, semi, transportation, uber, UberFreight, video
All products recommended by Engadget are selected by our editorial team, independent of our parent company. Some of our stories include affiliate links. If you buy something through one of these links, we may earn an affiliate commission.