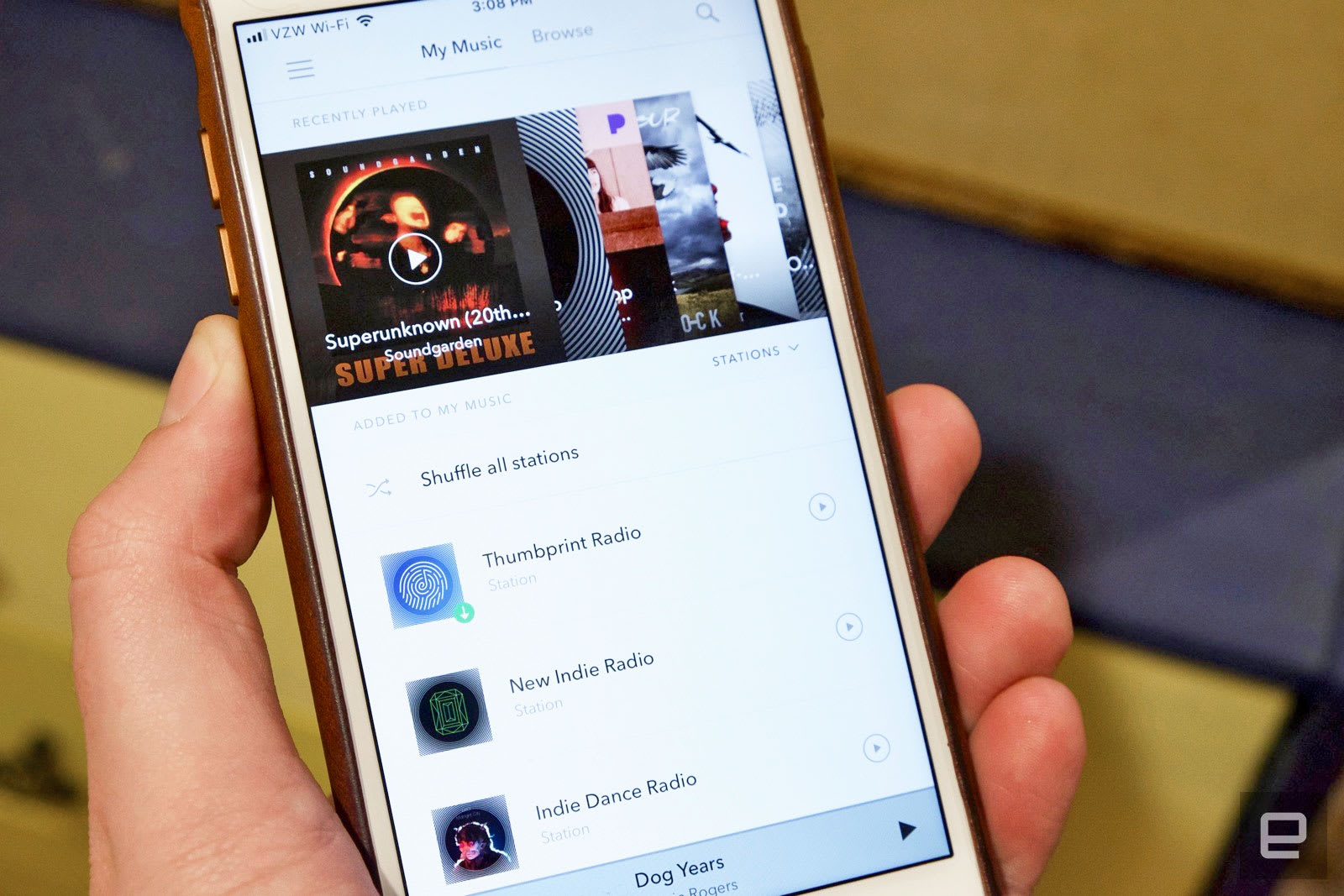 In the face of stern competition from the likes of Spotify and Apple Music, Pandora managed to show some growth in its latest earnings report. Paid subscribers for Pandora Plus and Pandora Premium, the on-demand feature that launched last March, hit 5.63 million in the first quarter, up 19 percent from the same period last year.

But Pandora is still losing money. The company posted a net loss of $131.7 million, a slight improvement on the $132.3 million loss in Q1 2017. Overall engagement is down year-over-year, with active listeners dropping 4 percent to 72.3 million. Listener hours dipped from 5.21 billion to 4.96 billion. However, in March, Pandora showed positive growth in recapturing lapsed listeners for the first time in 18 months, so usage numbers might rise again soon.

In December, Pandora launched Premium Access, letting listeners use its on-demand service for a limited time if they watched a 15-second video ad. That opens the window to queueing their choice of songs and building playlists, among other features. Pandora says 13 million people have used the feature so far, giving it an opportunity to grow paid subscribers after those listeners tried the Premium tier. The company has also added other features, like personalized automated playlists and web browser listening, in an effort to get more listeners hooked on Premium.

Pandora's subscriber numbers pale next to Spotify, which reached 75 million paid subscribers in the first quarter -- though Pandora is only available in the US. Both streaming services are struggling to earn a profit. As record labels, publishers, songwriters and artists seek bigger royalty payouts, streaming services might have to get more creative in their search for profitability.

Source: Pandora
In this article: av, business, earnings, entertainment, pandora, spotify, streaming
All products recommended by Engadget are selected by our editorial team, independent of our parent company. Some of our stories include affiliate links. If you buy something through one of these links, we may earn an affiliate commission.