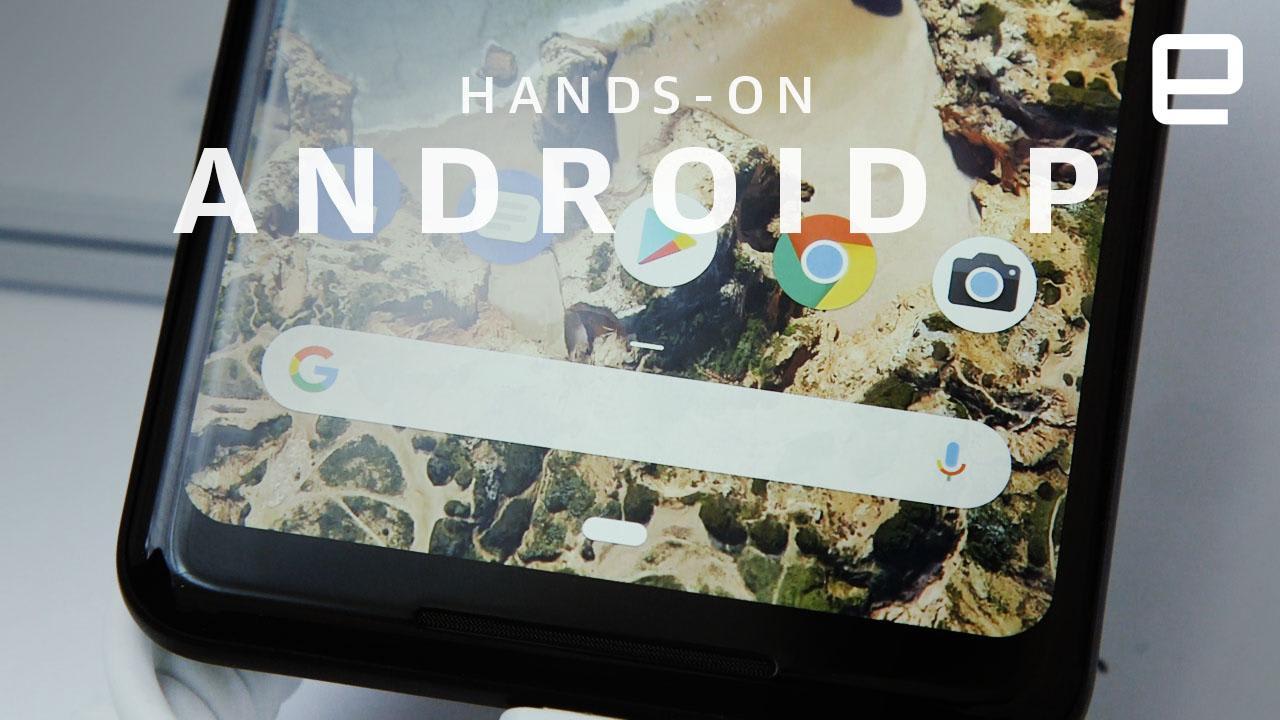 Developers and enthusiasts have had access to a very early version of Android P for a while now, but Google has made it more easily accessible to the brave with the launch of its public Android P Beta. At this point, you can get it up and running on 11 devices, but a considerable chunk of the features Google talked up during its keynote aren't actually there yet. Bummer. The broad strokes are well understood at this point, but (thankfully) we got to play with a slightly more feature-complete version of Android P inside Google's sandbox demo space. We'll continue to play with the publicly available Android P Beta, so expect a deeper dive soon, but one thing is clear after playing with a more-complete version: Android P is only going to get more capable in time.

Smart Text Selection didn't get much of a nod during the keynote since it technically existed in Android 8.0 Oreo, but it's going to be much more useful very soon. In case you haven't been used it before, the feature allows you to flag certain snippets of text for a Google algorithm to chew on. Once that was done, the usual copy-and-paste menu would also provide a quick shortcut to, say, viewing an address on a map or moving a phone number into the dialer. In Android P, Google has expanded those app options dramatically.

Double-tapping Taylor Swift's name in a Google Keep note generated a suggestion to play her music in Spotify — a suggestion that will actually change over time if the phone can tell you've started to prefer another music app. Ditto for video content as well: The very first item in that Keep note was a reminder to watch The Godfather, and I could've very quickly fired up the flick in Google Play Movies had I taken the phone's suggestion.

If you were paying attention during the keynote, this might sound like an example of what Google calls an app action — an ability to perform an app-specific task baked more directly into Android's interface. A Google spokesperson on site said this wasn't strictly speaking an example of an App Action — they just sort of share a core philosophy of putting the right capabilities in front of you at the right time. Semantics aside, having a more capable, nuanced set of app shortcuts available where you might not expect them feels remarkably powerful.

Also available in this not-quite-beta software was Google's new Dashboard, which offered a bird's eye view of which apps the phone's owner tended to spend most of his time in. Beyond that, it provided statistics like how many times the phone was unlocked and how many notifications were received within the past day. Beneath that handy ring chart is a list of frequently used apps that you can set timers for, if you're really committed to change your usual smartphone behaviors. The test phone we played with was a fairly fresh one so there was little in the way of incriminating usage data, but I shudder to think about what my own Dashboard would look like after only a few days.

I've always struggled to nail the balance between my work and everything else, and having clear data that offers perspective on how I whittle away my hours could give me the kick in the pants I need to build a more balanced life. At the same time, the feature's very existence does feel a little paradoxical — Google, after all, is a company that has helped build a new kind of economy based on engagement, and it would in many ways benefit from having all of us using our phones more. It feels as though Google is attempting to make up for a problem it played a big role in exacerbating, and only time will tell if people change their longstanding habits as a result.

These might not be as immediately effective as, say, the new gesture navigation system Google has adopted for Android P. That said, it's often the little flourishes that make Android feel more valuable as a whole, and if our limited hands-on time is any indication, Android P is shaping up to be the most well-rounded version of Google's mobile OS to date.

In this article: androidp, androidpbeta, beta, dashboard, digitalwellbeing, gear, google, googleio, googleio2018, hands-on, mobile, software
All products recommended by Engadget are selected by our editorial team, independent of our parent company. Some of our stories include affiliate links. If you buy something through one of these links, we may earn an affiliate commission.