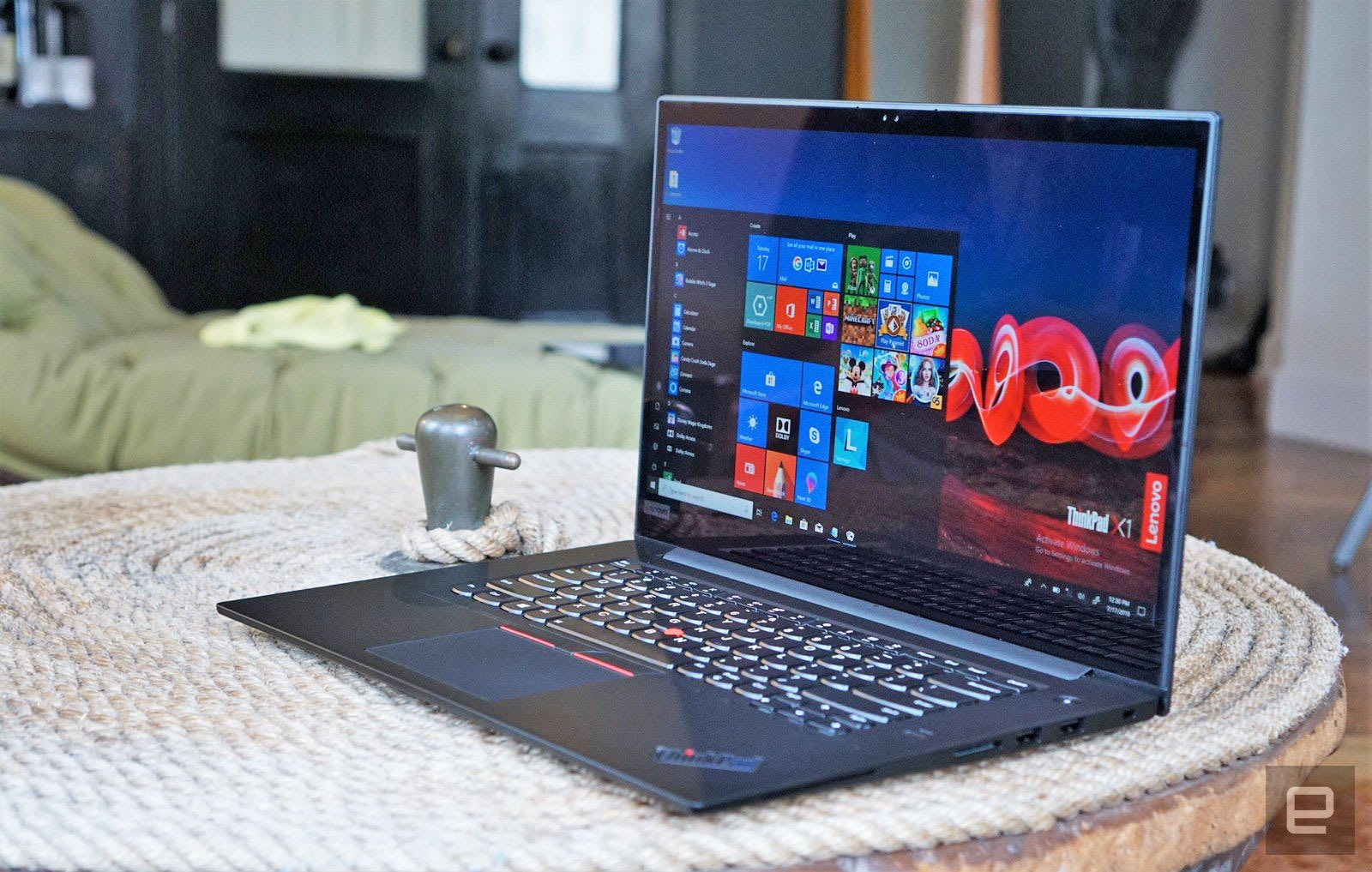 Happy days are here again for Lenovo, though not for most of the PC industry. The Chinese tech firm has reclaimed the top spot for PC shipments in both Gartner and IDC market share estimates for the third quarter of the year, pushing past HP to scoop up roughly 24 percent of the market. The analyst groups chalked up the growth to both the addition of Fujitsu, better business PC sales and a smarter North American strategy. For most others, though, the season was a mixed bag.

HP and Dell boosted their share slightly year-over-year. Apple and ASUS saw their shipments drop, though, and Acer's results depend on who you ask (Gartner doesn't count Chrome OS PCs, IDC does). And the PC field as a whole was stagnant, to put it mildly. Gartner saw worldwide shipments grow a whopping 0.1 percent year over year, while IDC said it dropped 0.9 percent. Dreams of a PC renaissance are still on hold, to put it another way.

There is a small but important milestone, however: Microsoft is on the charts for the first time. The company's Surface shipments were just strong enough to slip into the top five US PC makers with 4.1 percent share. It's not about to upset its rivals (the next closest, Apple, had 13.7 percent share), but it's an achievement for a company that analysts previously relegated to the "other" category. It might stay in the top five, too, thanks to the introductions of the Surface Go, Surface Laptop 2 and Surface Pro 6. 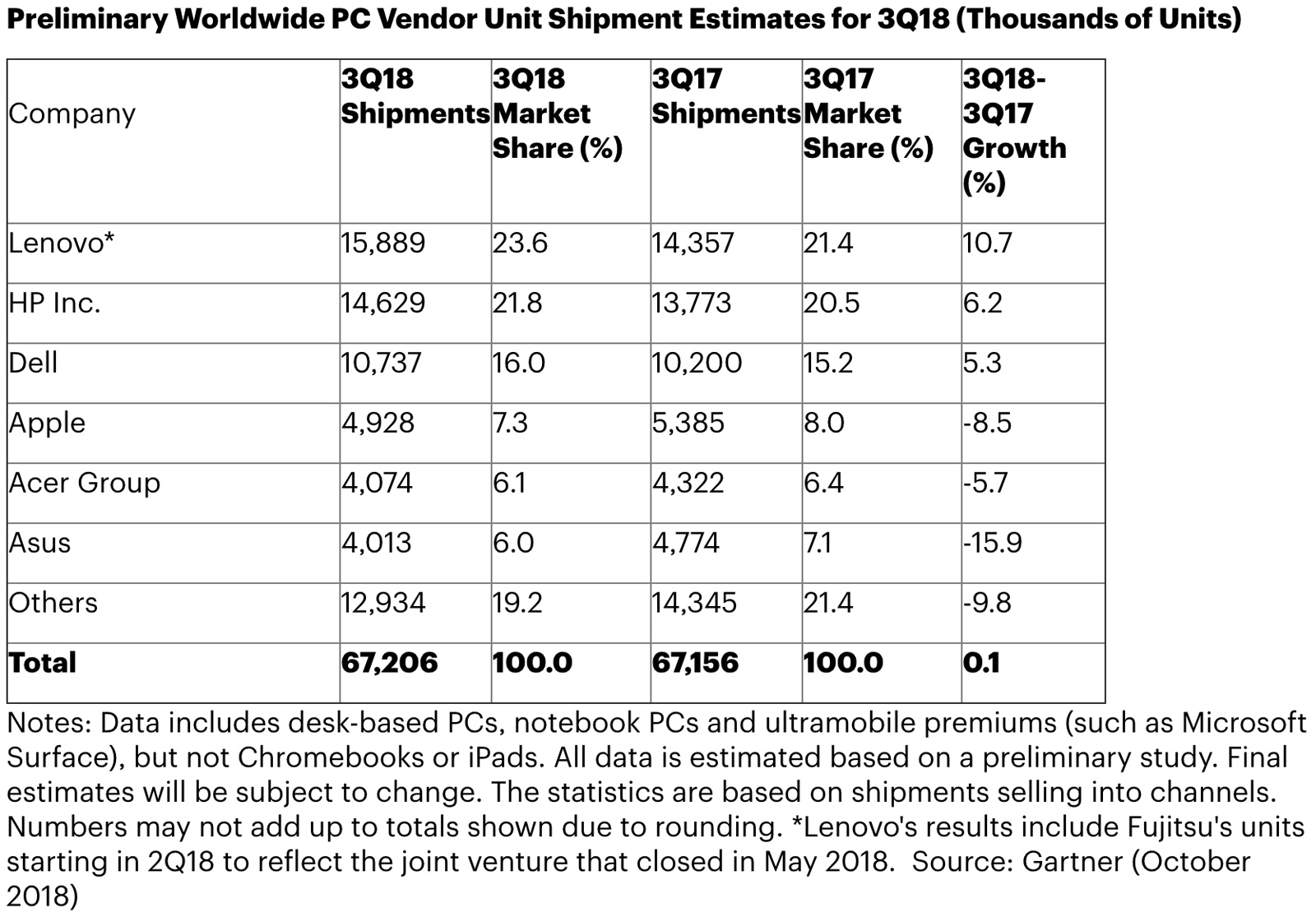 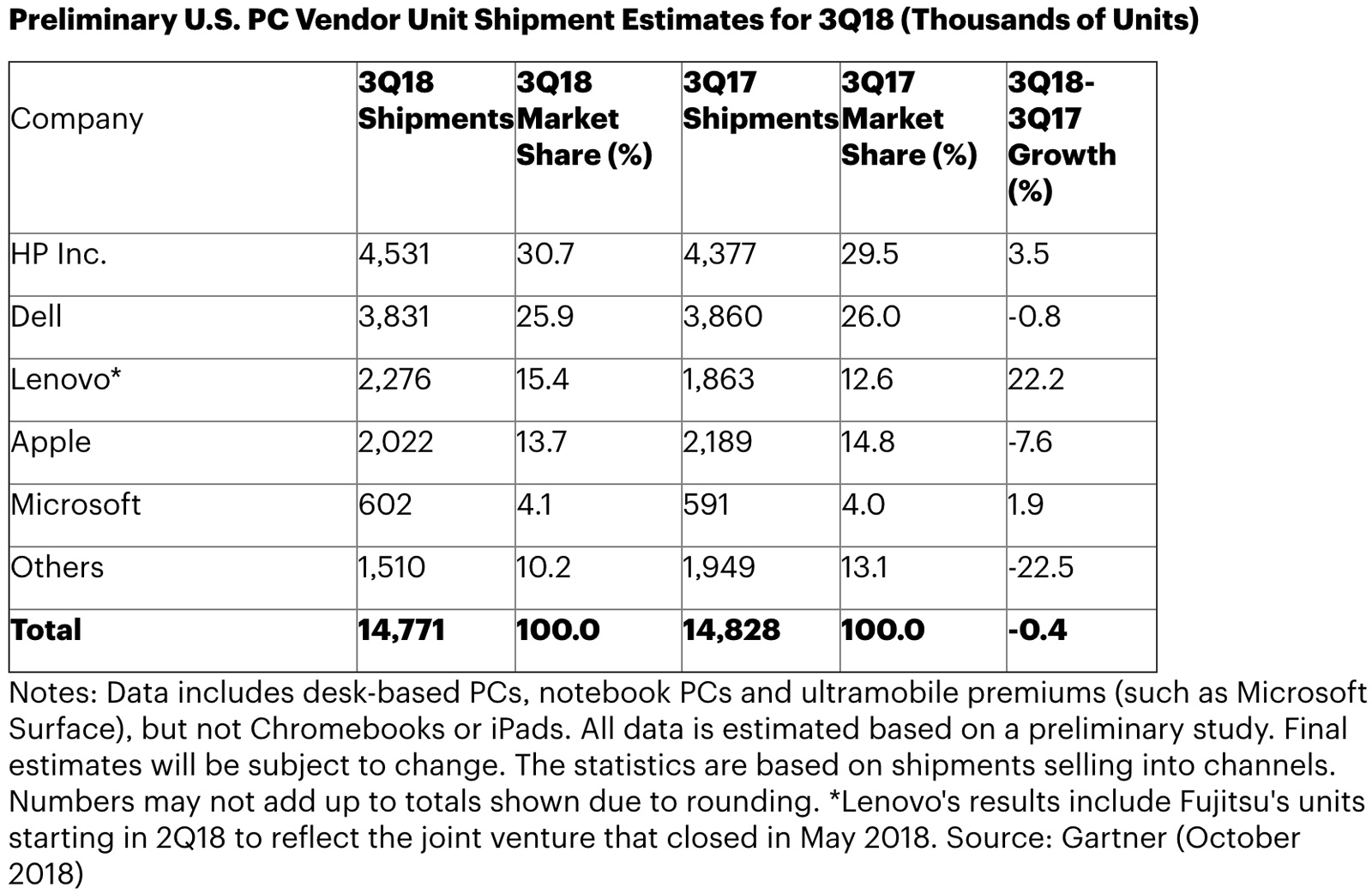 Source: Gartner, IDC
In this article: acer, apple, asus, computer, dell, gartner, gear, hp, idc, lenovo, marketshare, microsoft, pc, personal computing, personalcomputing, q32018, surface
All products recommended by Engadget are selected by our editorial team, independent of our parent company. Some of our stories include affiliate links. If you buy something through one of these links, we may earn an affiliate commission.