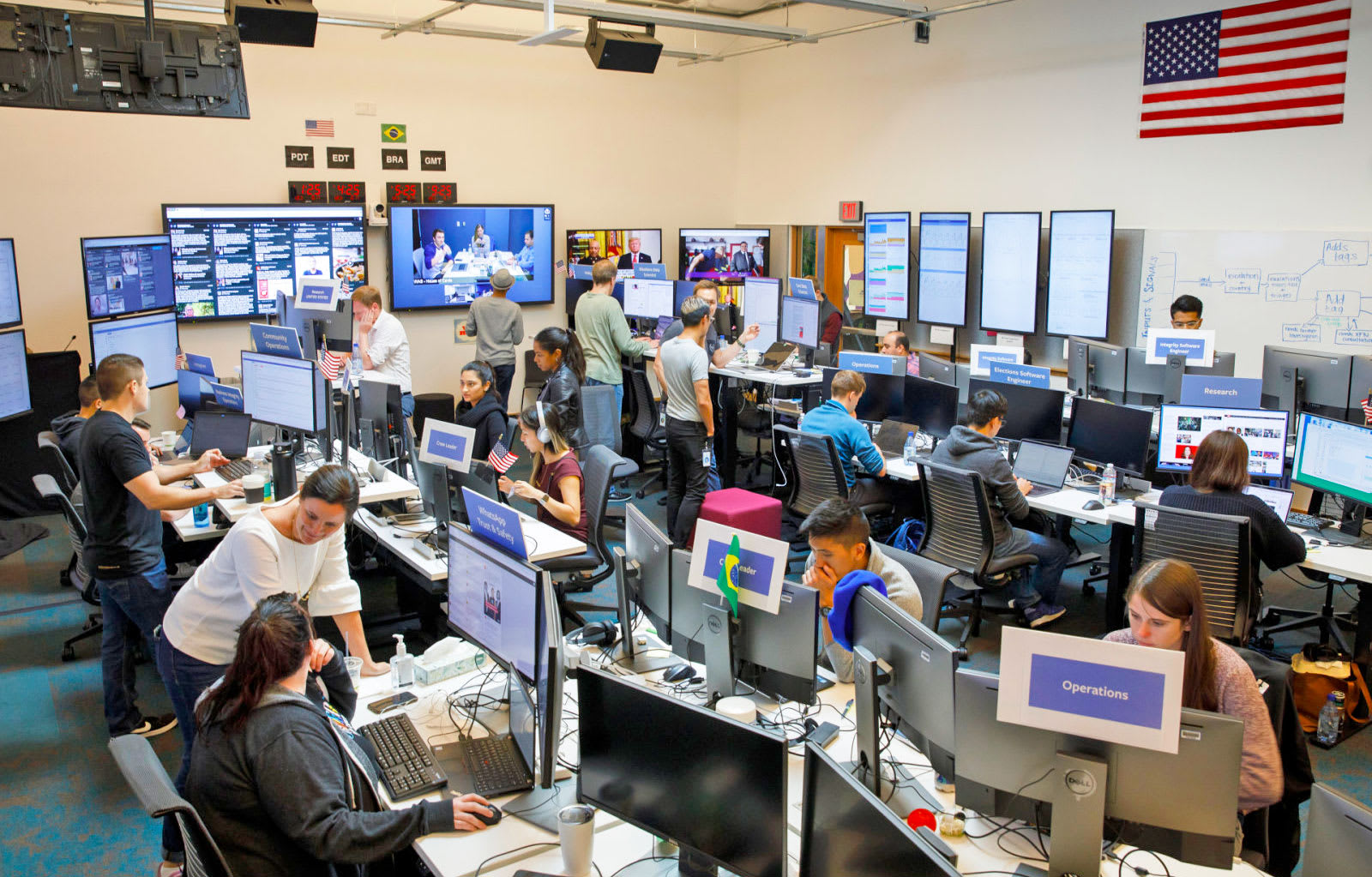 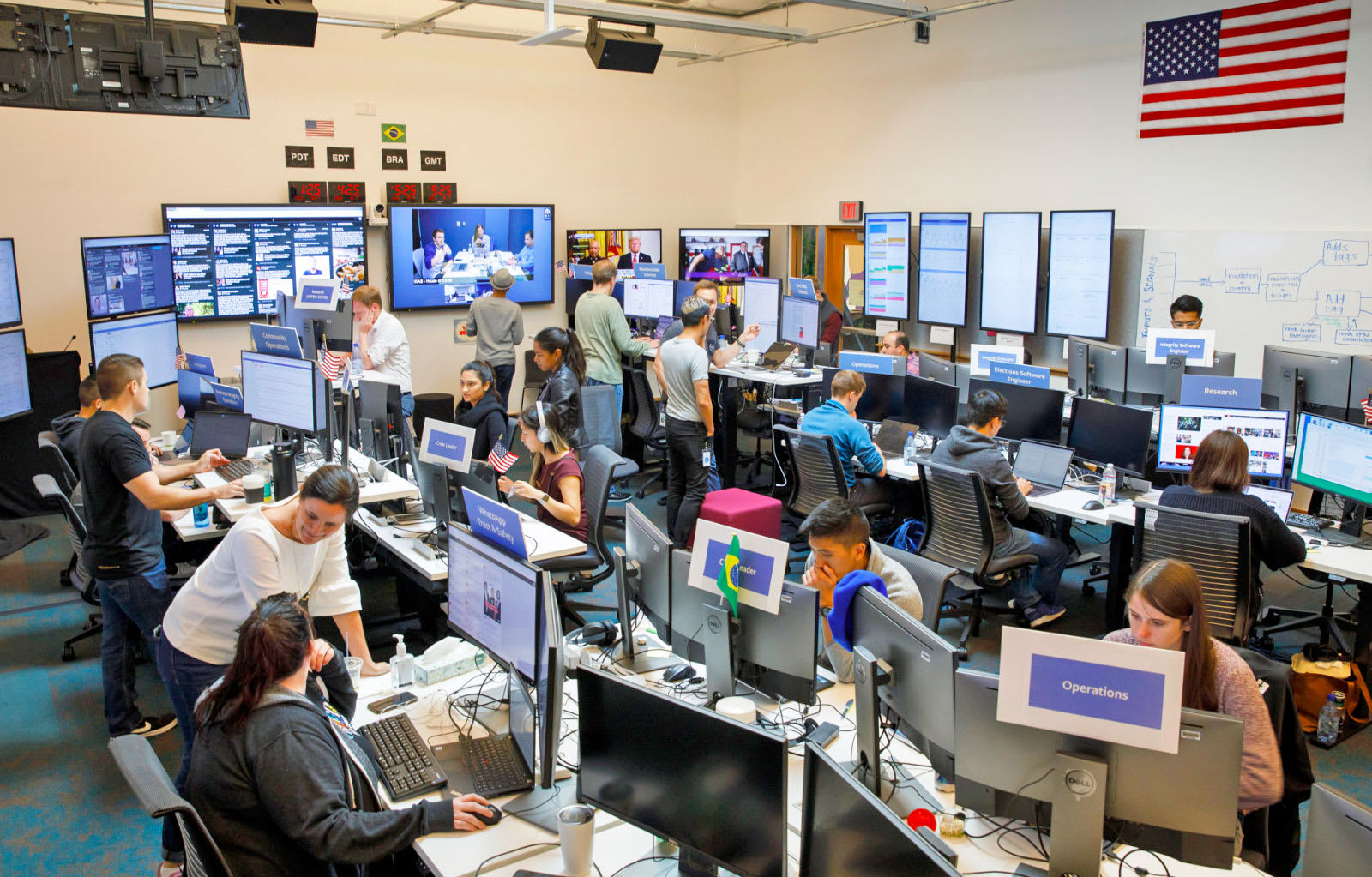 The internet has a misinformation problem. Symptoms include fake news, election interference, hate speech, trolling -- it goes by many names. It's become increasingly clear over the past few years that social media platforms should bear some responsibility for policing what's shared on them. None more so than Facebook. For many, it's the front page of the internet. The place they go to like friends' baby pictures, watch viral videos and read the news. Facebook's doing its part to tackle misinformation, and talking about what it's doing to tackle misinformation even more. And so today, we're hearing more about the 'war room.'

On the grand scale, these policing efforts aren't altruistic. Pressure from governments is one thing, but public opinion is far more important. Every time the integrity of Facebook comes into question, it has a potential effect on the bottom line. You need people to trust and use your service to sell ads. You may have read about the war room several times before, around about when it opened in September. The specifics haven't changed. It's a room, as the name suggests, full of Facebook employees, desks, computers, TVs and flags. It's a place where stakeholders from different teams like "community operations" and "legal" comb the signal.

The focus has recently shifted from the Brazilian to the US mid-term elections. All manner of screens show, in real-time, politically leaning chatter. The tools allow Facebook to take down viral posts claiming the election in Brazil is being delayed by a day, as a non-fictional example. Cool, so Facebook's doing what it should be doing, and what it's been told it should be doing. The reason we're hearing more about it today, though, is simply because the social network invited journalists to come and actually step inside the room.

I get it. Tech companies are notoriously inaccessible. When you get an invite Facebook's Menlo Park HQ, you go. But there's a fine line between access and spoon-feeding. There are a number of reports today from visitors of Facebook's war room, all dressed up in colorful language to disguise the fact there's no real news value in standing among its inhabitants. Again, I get it. All publications are guilty of this at times. Taking an appointment knowing you're not going to cover the outcome is wasted time. Everyone has an agenda. Just as Facebook is controlling the spread of misinformation from the war room, it's also controlling what's said about the war room -- or rather, how much is said about it. Shoving it down our throats, the idea every effort is being made to create a safe space, in turn guides how you think and feel about Facebook.

Source: Facebook
In this article: elections, facebook, facebookwarroom, fakenews, gear, internet, misinformation, politics, warroom
All products recommended by Engadget are selected by our editorial team, independent of our parent company. Some of our stories include affiliate links. If you buy something through one of these links, we may earn an affiliate commission.