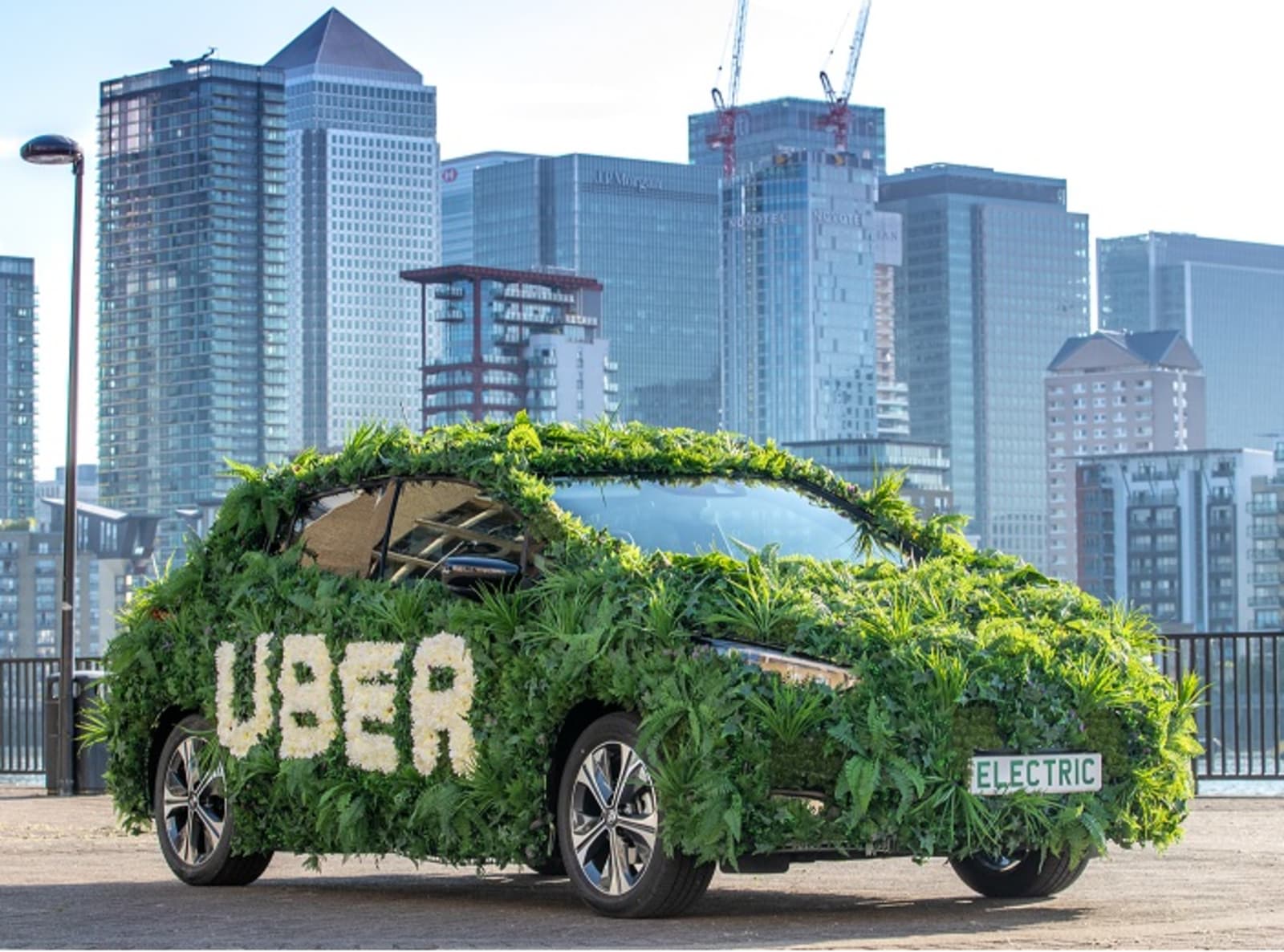 Uber has been consistently vocal about its green aspirations. From electric scooters to its own EV charging networks, the company's eco-friendly ambitions reached a pinnacle last year when it announced its "Clean Air Plan" for the city of London. Now, it's revealed more about what this plan will look like.

Its overarching aim is for every car on the app in the capital to be fully electric by 2025. To support this, a "clean air fee" of 15p per mile will be included on every trip booked through the app in London, starting early next year. According to Uber, this will average out at around 45p per trip in the city -- and all of this will go towards helping drivers upgrade their vehicles, as well as other clean air initiatives. Uber says it expects to raise around £200 million this way.

The amount of assistance drivers can receive will depend on the number of miles they've driven on the app. Uber hasn't revealed specifics on how this will work, but says that a driver using the app for an average of 40 hours per week could expect around £3,000 of support towards an EV in two years' time, and £4,500 in three years. Uber reckons the first 20,000 drivers will have upgraded by the end of 2021.

This support for drivers complements other areas of the plan, which were announced last year. For example, Uber has partnered with home charging suppliers such as BP ChargeMaster, EVox, NewMotion and Swarco EVolt, to help drivers more quickly and easily charge their vehicles at home. And it's launched a diesel scrappage scheme aimed at removing 1,000 of the most polluting cars from London's roads.

Uber has had a shaky relationship with London in the past, but after a court ruling over the summer that saw the company reinstated in the city, things seem to be slowly getting back on track, and the Clean Air Plan will only help things along, especially given the city's ambitious environmental goals. Commenting on the announcement, Uber's CEO Dara Khosrowshahi said, "The Mayor of London has set out a bold vision to tackle air pollution in the capital and we're determined to do everything we can to back it."

In this article: business, charging, CleanAirPlan, diesel, electricvehicle, EV, green, London, network, pollution, tomorrow, transportation, Uber
All products recommended by Engadget are selected by our editorial team, independent of our parent company. Some of our stories include affiliate links. If you buy something through one of these links, we may earn an affiliate commission.