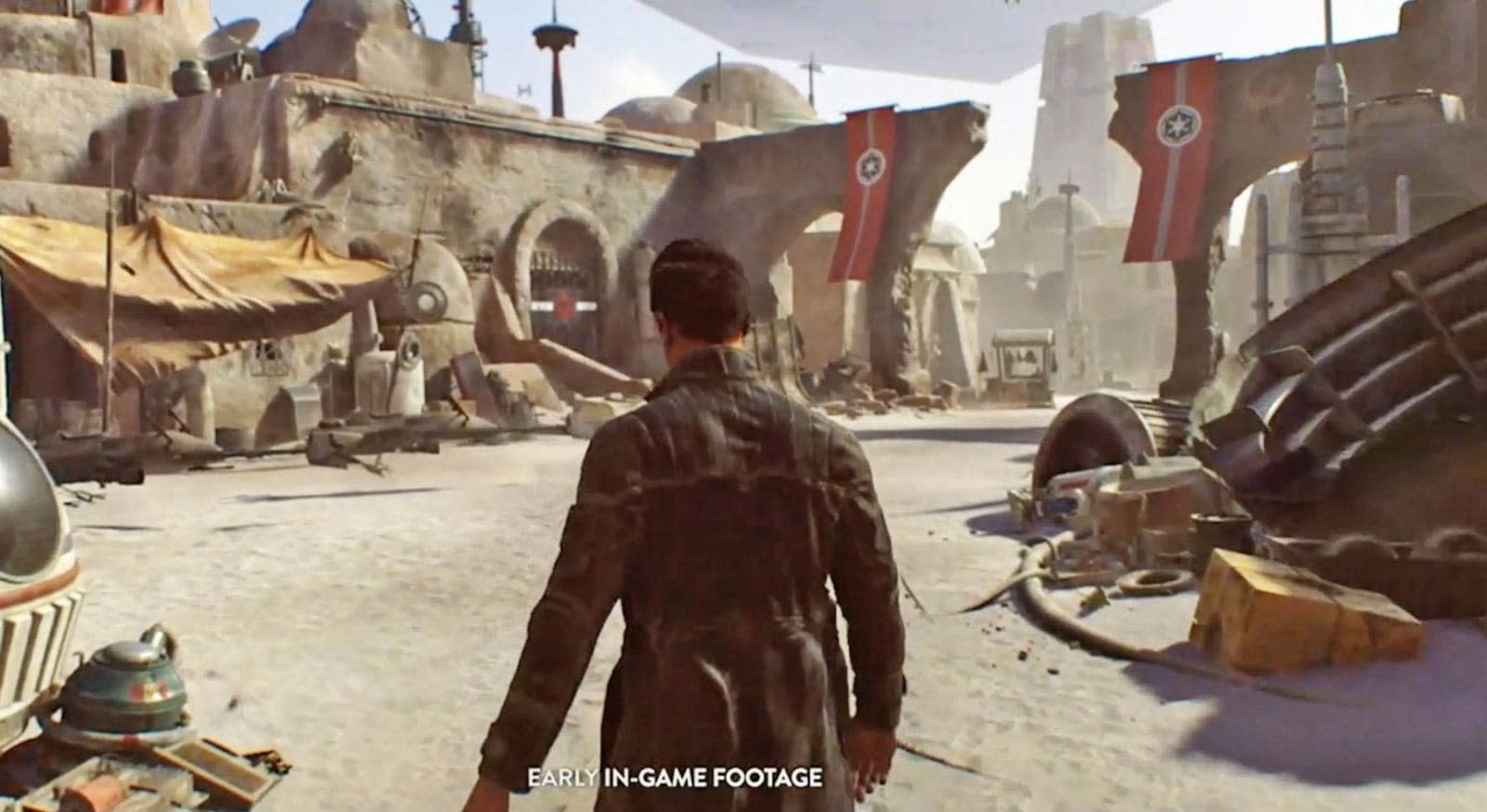 Remember EA's open-world Star Wars game that promised bounty hunting across the series' universe? Anyone? No? Doesn't matter, it's been scrapped. EA Vancouver has cancelled the project, reports Kotaku, which it inherited in 2017 after shutting down its subsidiary -- and the title's original developer -- Visceral Games (of Dead Space fame).

Back then it was an entirely different beast. Originally codenamed "Ragtag", the game boasted a linear action-adventure setup, with Uncharted director Amy Hennig at the helm. EA Vancouver rebooted it, keeping some of the art assets and adding in the open-world element. "It has become clear that to deliver an experience that players will want to come back to and enjoy for a long time to come, we needed to pivot the design," the company declared at the time.

The game's demise marks the latest in a long line of missteps for EA's Star Wars output. The first Star Wars: Battlefront was bashed for its meager content and lack of a single-player campaign. Its follow-up fared even worse over its use of game-changing loot boxes. An open-world romp through the Star Wars universe may have helped EA course correct, but alas it wasn't meant to be.

For those still hankering for more galactic action, it seems EA is working on a "smaller scale" Star Wars project due in late 2020, according to Kotaku. And Titanfall studio Respawn is also planning to release Jedi: Fallen Order in the fall.

In this article: av, ea, ElectronicArts, gaming, StarWars, VisceralGames
All products recommended by Engadget are selected by our editorial team, independent of our parent company. Some of our stories include affiliate links. If you buy something through one of these links, we may earn an affiliate commission.