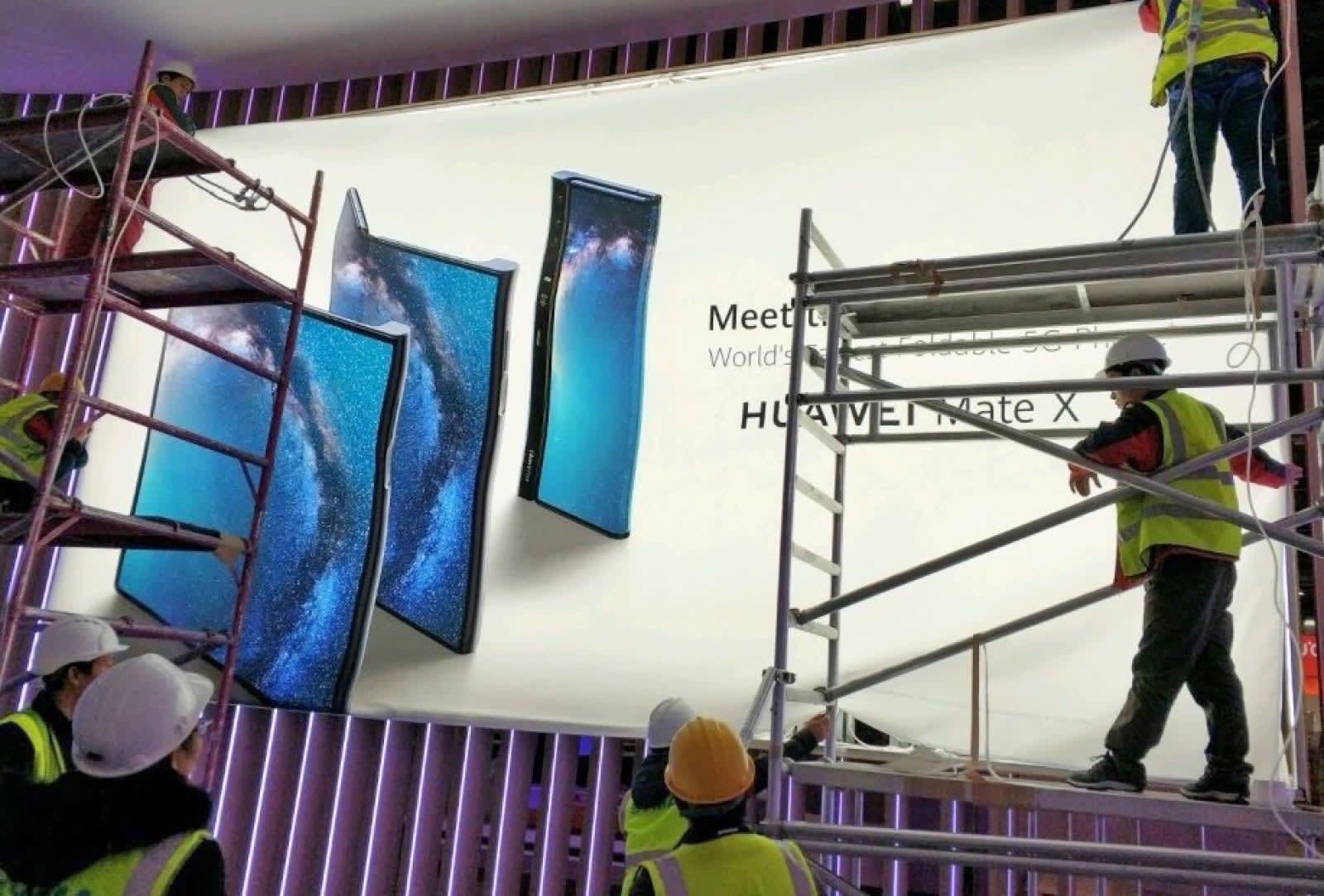 Huawei's big reveal at next week's Mobile World Congress may have been scooped by a billboard. An advertisement on display at the event, spotted by Twitter user @gimme2pm, shows a yet-to-be-announced folding smartphone called the Huawei Mate X. Engadget has reached out to Huawei to confirm the advertisement is from Huawei and the product in it is real. We will update this story if we hear back.

Even without the billboard apparently outing Huawei's plans, a folding smartphone from the company was expected at MWC 2019. Rumors of the device have been floating around since the start of the year, and Huawei said last October that it planned to release a folding device at some point during 2019. At a meeting with investors last month, Huawei CEO Richard Yu confirmed the company's plans to bring a folding smartphone to the annual event. "We look forward to seeing you in Barcelona in February, where we will launch the world's first 5G smartphone with foldable screen," he said.

Huawei's folding smartphone will be revealed just days after Samsung showed off its first ever folding device, the Galaxy Fold. Folding screens are expected to be the next big trend in smartphones, with companies like LG and Xiaomi also experimenting with the feature. Royole, meanwhile, have already revealed its efforts to the public -- earlier than everyone else.

In this article: foldable phone, gadgetry, gadgets, gear, huawei, huawei mate x, mobile
All products recommended by Engadget are selected by our editorial team, independent of our parent company. Some of our stories include affiliate links. If you buy something through one of these links, we may earn an affiliate commission.