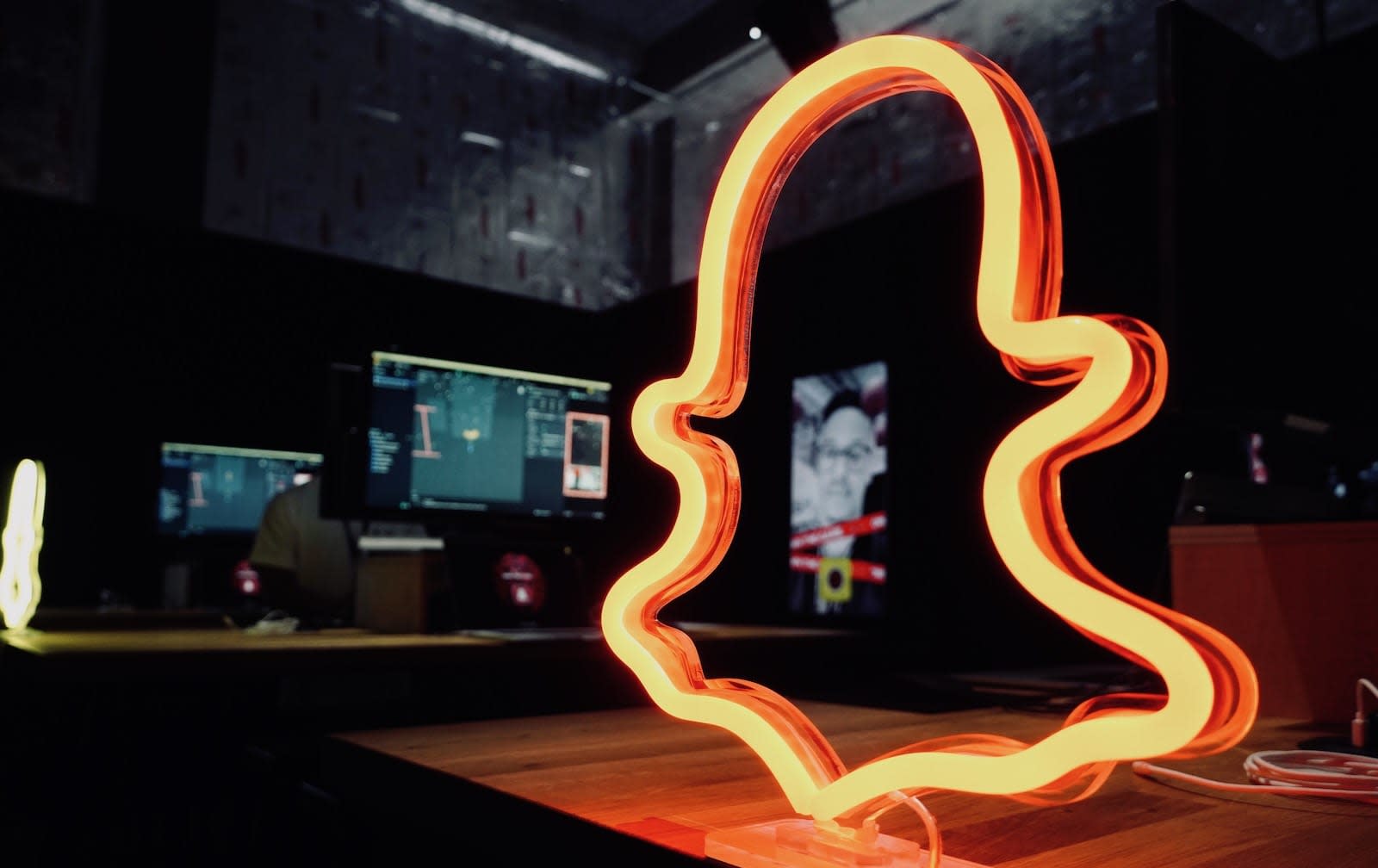 Snapchat is in the middle of an identity crisis

The company looks to reinvent itself to keep up with social media rivals.

There was a time a year or so ago when, if a friend wanted to send me a meme or a funny selfie, it would be on Snapchat. But I don't remember the last time that happened; at some point Instagram became our go-to messaging app. And apparently I'm not alone: Snapchat lost as many as 3 million daily users in 2018. Meanwhile, Instagram has grown so fast over the past two years that its Stories feature alone is much bigger than Snapchat, with more than 500 million daily users. This has arguably come at Snapchat's expense. But it's not as if Snap isn't looking to turn things around. The company wants to reinvent itself by trying a bunch of different things, like augmented reality shopping, being more open and teaming up with brands such as Nike on AR workshops.

Snap Inc.'s struggles have been well-documented. From Snapchat's sluggish Android app to a revolving door of executives, it's easy to see why the app's user base has remained flat since 2017. Its biggest problem right now, though, is that it seems to be having an identity crisis. It's hard to tell what it wants to be: One day Snapchat reveals augmented reality lenses for dogs, the next it adds more hockey highlights to its app.

Snapchat is still making a major push into short-form original content too, an effort that began with the launch of Discover in 2015. Just last month, it announced a new show called Bringing Up Bhabie, featuring 15-year-old rapper Bhad Bhabie (whose real name is Danielle Bregoli). Bhad Bhabie became an internet celebrity after an appearance on Dr. Phil in 2017, where her family troubles were aired and she dared the taunting audience to "cash me ousside, how 'bout dat?" if they had something to say to her face. Since then, she's been in videos with controversial YouTube star Logan Paul and was nominated for a Billboard Music Award. 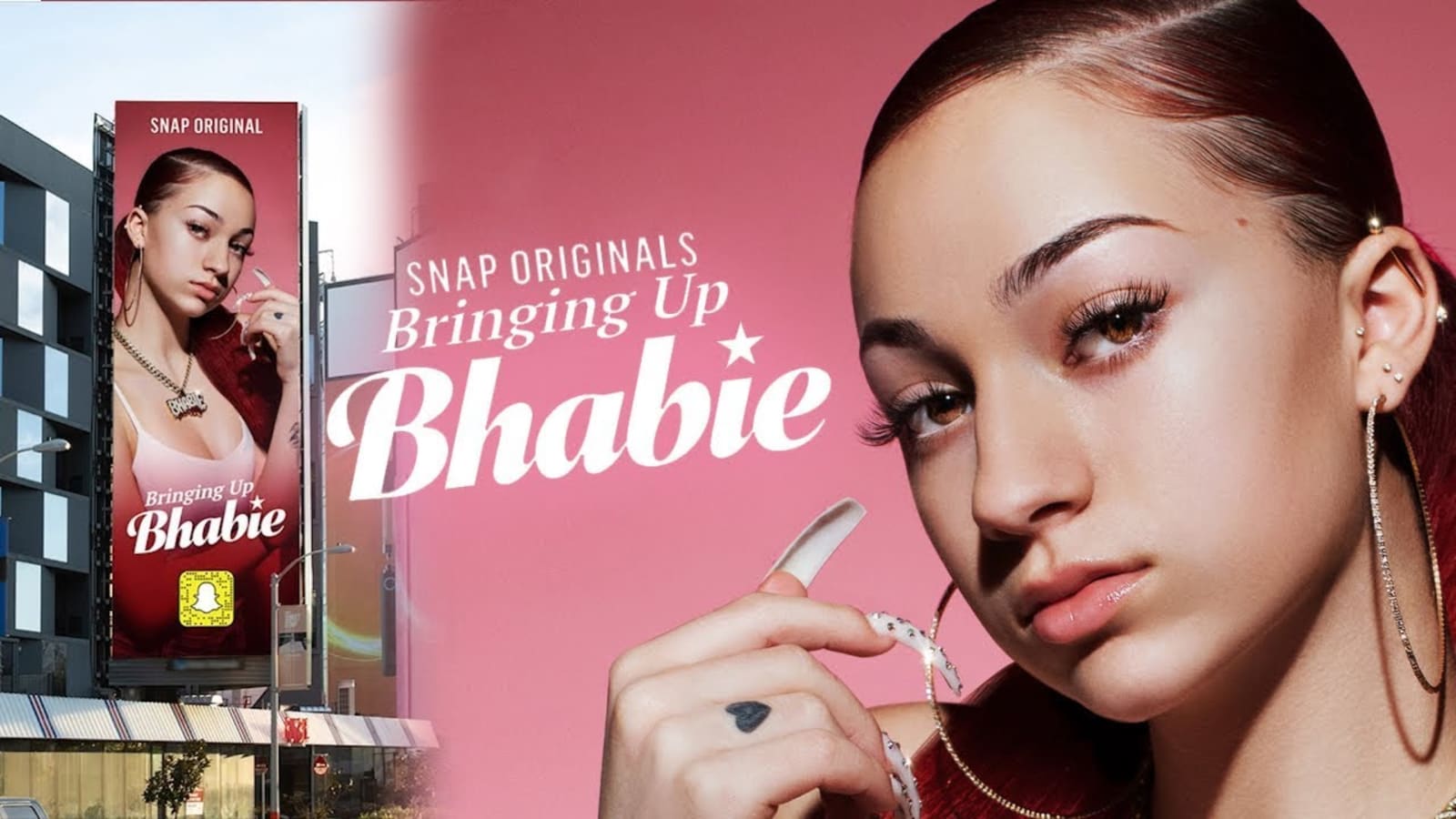 For Snapchat, having a show with Bhad Bhabie means reaching the young audiences it desperately needs, and so far that bet seems to be paying off. Bringing Up Bhabie racked up 10 million viewers in 24 hours during its debut in January, making it the biggest premiere in Snapchat's history. For comparison, E!'s Keeping Up With The Kardashians brings in about 1.5 million viewers per episode, and that's a popular series going into its 16th season.

The viewership numbers from Bringing Up Bhabie bode well for Snap, especially as it continues to invest heavily in original scripted shows. With the launch of Snapchat Originals in 2018, the company plans to roll out a slate of programming that offers one five-minute episode a day for every title it launches, including Bringing Up Bhabie. There are also others like Class of Lies, Co-Ed and Endless Summer, for people who are interested in romance or true crime stories instead of a a 15-year-old rapper.

Of course, those originals are on top of what Snapchat is already doing with shows, such as ESPN's twice-daily SportsCenter, which was introduced in 2017. Snap Inc. CEO Evan Spiegel said during an earnings call in February that "30 percent more people" are now watching Snapchat Shows compared to last year. He said a series like Dead Girls Detective Agency, created by Snapchat and NBCUniversal, is reaching 14 million unique viewers on its own. 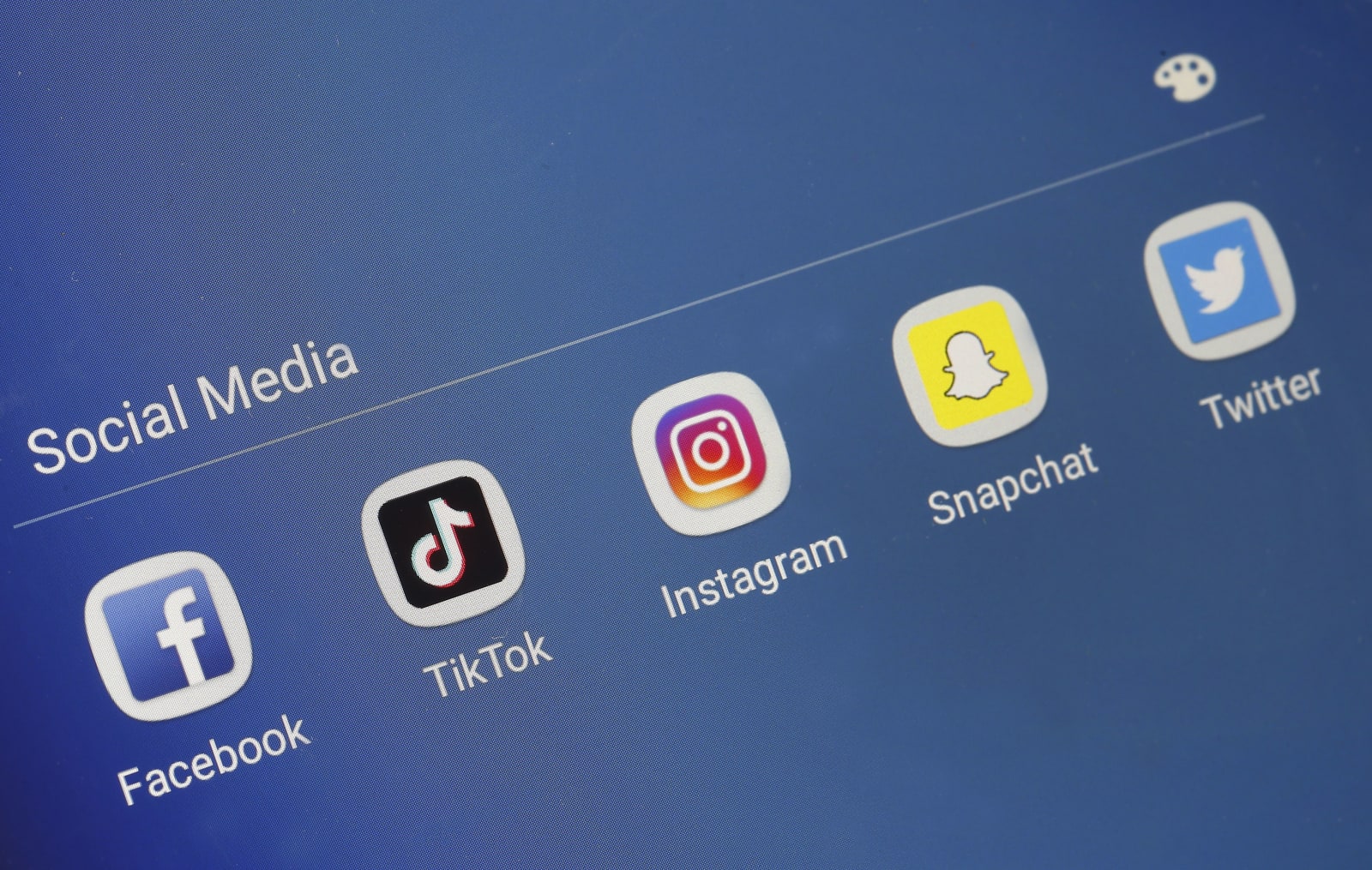 Still, if Snapchat hopes to grow its user base in the years to come, original video alone won't be its saving grace. Although Spiegel's hope is that these efforts will help Snap "get back on track and achieve its goal of full-year profitability" in 2019, only time will tell if his strategy will work. Jason Keath, Founder and CEO of SocialFresh (a social media training and analytics firm), told Engadget that at this moment Snapchat is "on the precipice of whether it will survive" as a public company. "[Snapchat] has seen Facebook and Instagram [do what works], but it believes it can go its own path, and that's hurt it," he said.

There are many reasons why Snapchat hasn't caught up to Facebook or Instagram, Keath said, but the lack of public profiles and embeddable content on the web are the main ones to blame for its growth troubles. Another big issue has been the app's janky user interface, particularly on Android, which Snapchat has been vowing to fix for a couple of years now.

"[Snapchat] is the best free R&D department Facebook could have ever asked for."

Then there's Snapchat's dependence on ephemeral posts, though rumors suggest it may soon allow public Stories that don't disappear. If Snapchat were to come up with a way to make Stories last longer or be permanent on someone's account, it could help it better compete with Instagram and other social networks.

"You can never deny Snapchat is a huge innovator when it comes to social platforms," Keath said. "If it had gotten a larger scale [audience] more quickly before it started to hit some of these roadblocks, it might be in a better position." What's helped Snapchat, he added, is that it's managed to hold onto its younger demographics. But Snapchat can't get too comfortable there, because newcomer social media apps like TikTok are increasingly becoming the first choice for millions of teenagers.

It's no surprise, then, that Snap is also trying to lure in new users with standalone products that feature what made Snapchat popular in the first place: augmented reality. With the launch of Lens Studio in 2017, Snapchat basically made it easy for anyone to create their own AR filters in a matter of minutes, no coding required. That free-to-use software has been quite a hit: Snapchat says there are now more than 300,000 Lenses created by independent users, and those have been viewed over 35 billion times.

The goal with projects like this, according to Snapchat, is to educate people on augmented reality and make it easy for them to personalize filters or lenses. By using Lens Studio to team up with brands such as Nike on AR workshops, the first of which we saw at NBA All-Star Weekend 2019, Snapchat believes it can reach fresh audiences. Beyond that, Snapchat told Engadget that the partnership with Nike could pave the way for similar augmented reality studios with other brands in the future.

Snap is also focusing on launching standalone products like Snap Camera, a free application that brings Snapchat Lenses to the Mac and Windows desktop. One of the most interesting parts about Snap Camera, which works with video-chatting apps including Google Hangouts and Skype, is that it doesn't require a Snapchat login to use. Snap Camera, the company said, is part of its vision to become more open and expand its AR ecosystem beyond smartphones.

Now the challenge for Snapchat is to connect all these dots, which seem to be part of its master plan to grow and keep competing with Facebook, Instagram, Twitter and TikTok -- a task that hasn't been easy thus far. Whether doubling down on original shows or becoming more open will actually work for Snapchat -- and Snap Inc. as a whole -- that remains to be seen. Right now, it just doesn't seem as if it has a clear, coherent strategy: It wants to be a social network and, at the same time, a video entertainment platform.

There's no doubt the company is at a crucial point, and it needs to quickly figure out who is its ideal demographic. Is it teenagers? Is it millennials? Both? "Snapchat is tweens," said Jasmine Sandler, CEO of JS Media (a social media marketing agency). "High schoolers are on Instagram." She said Snapchat needs to realize this fast and "create a user experience just for [tweens]." Considering the success of Bringing Up Bhabie, you'd think Snapchat would want to keep going after younger kids.

That said, you can't blame it for working with Nike and Adidas to try to connect with older generations who are into the NBA or sneakers. After all, these are the people more likely to buy whatever Snapchat wants to sell with an AR ad. But there's no more time for Snapchat to waste. Otherwise, as Keath puts it, the company may just end up being "the best free R&D department Facebook could have ever asked for."