Snap is bringing augmented reality Lenses to the desktop

Fresh off its Q3 2018 earnings report, in which it broke a revenue record, Snap Inc. is making another major announcement. Meet Snap Camera, a standalone application that will bring the company's popular augmented reality filters, aka Lenses, to the desktop. Interestingly enough, the new app won't require a Snapchat login, a move Snap says is part of its vision to expand the Lens ecosystem beyond mobile.

The way Snap Camera works is simple: You download the Mac or Windows version and then it syncs with any camera connected to your computer. After that, you can use the feed from the Snap Camera to record yourself using Lenses on apps like Skype and Google hangouts -- all you have to do is make sure you've selected it as your main camera output. It also works if you're trying to shoot a video on your computer to upload to sites such as YouTube. 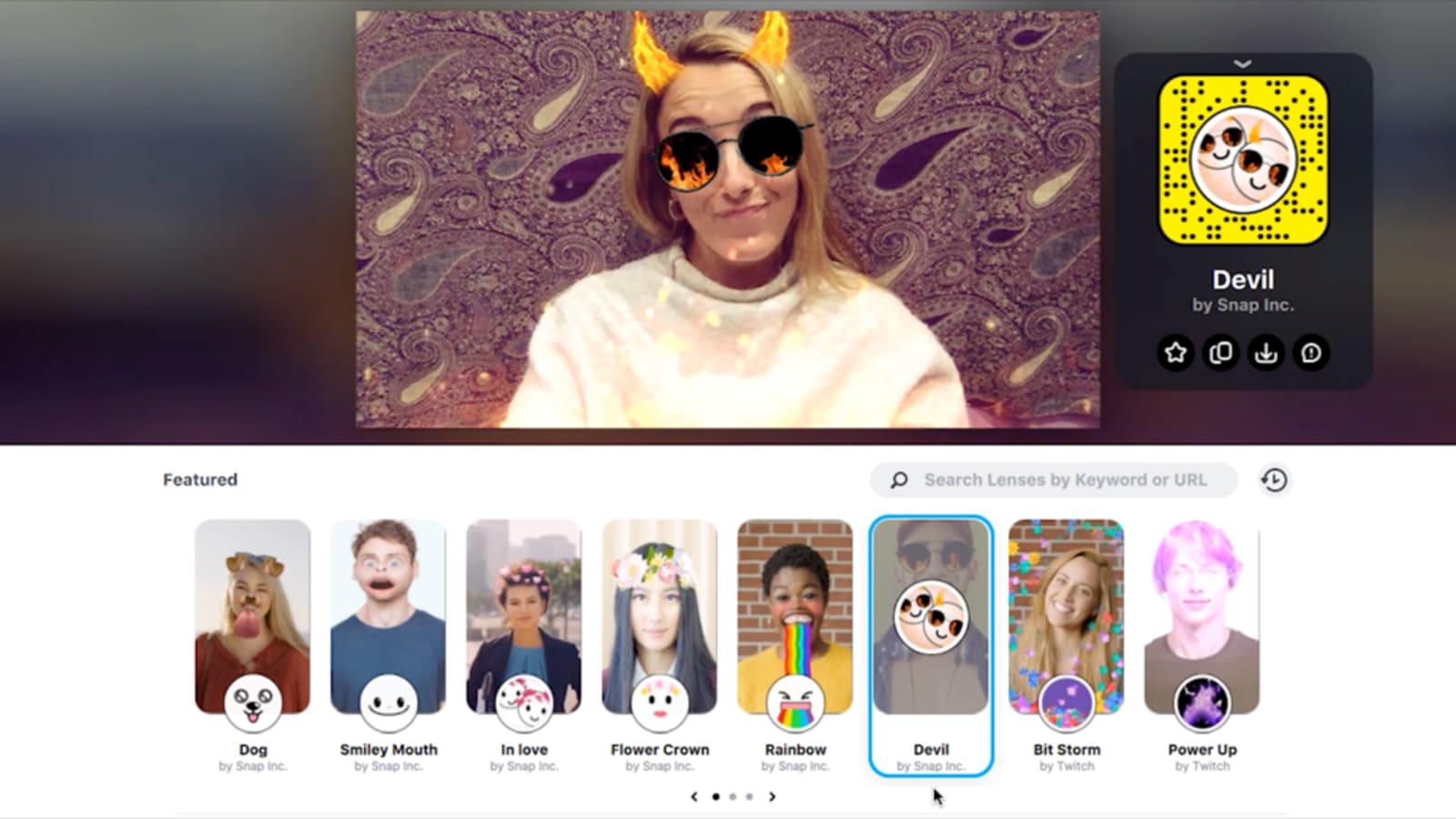 It's no secret that Snapchat, Snap Inc's flagship product, has been struggling since the company went public in 2017. According to CEO Evan Spiegel, Snapchat lost 3 million daily users during the second quarter of 2018, though Snap Inc. seems to have figured out a way to make money despite that, as it announced on Thursday in its Q3 2018 earnings report. That's probably a big reason why Snap isn't forcing Snap Camera users to have a Snapchat account, though it will offer a way to create one directly from it if they wish. "[We] want to put something out there that, first and foremost, is making it as simple as possible for a new community to access Snapchat Lenses," Eitan Pilipski, vice president of Camera Platform at Snap, told Engadget.

While you won't be required to have a Snapchat login, there will be experiences tied to that app. For instance, Snap is teaming up with Twitch to bake features from the new desktop Camera right into the streaming service. This means Twitch streamers can use thousands of Lenses, including those created by Snapchat and the Lens Studio community, in their live sessions. Snap's hope is that viewers will love the Lenses being used by their favorite Twitch streamer and they'll want to unlock it on the mobile front, which they'll be able to do by scanning a Snapcode that's going to appear on the bigger screen.

There aren't any other partnerships right now, but Pilipski said he'd love to see "if other video services out there find this to be valuable." That said, the benefit of Snap Camera is that, if you want to use it for a YouTube video you can, and that bodes well for Pilipski and his team. Since the launch of Lens Studio in 2017, which virtually lets anyone create augmented reality filters, he said there's been more than 250,000 Lenses made and those have been viewed over 15 billion times on Snapchat. These are just the ones created by independent users, not Snapchat, so the idea with Snap Camera is to grow that even further.

And growth without dependance on Snapchat is something Snap Inc. needs, stat. That's why the company has been making a big push to open up its tools to third parties, including the AR camera, Bitmoji and more. "Every part of the platform has the unique characteristics of what it takes to make it easy to use," Pilipski said. "[What's very special] here is that we already have an amazing community creating lenses. What we really hope is to grow with the community, grow with the Lens creators."

Snap Camera, for Pilipski, is the perfect opportunity to do just that.