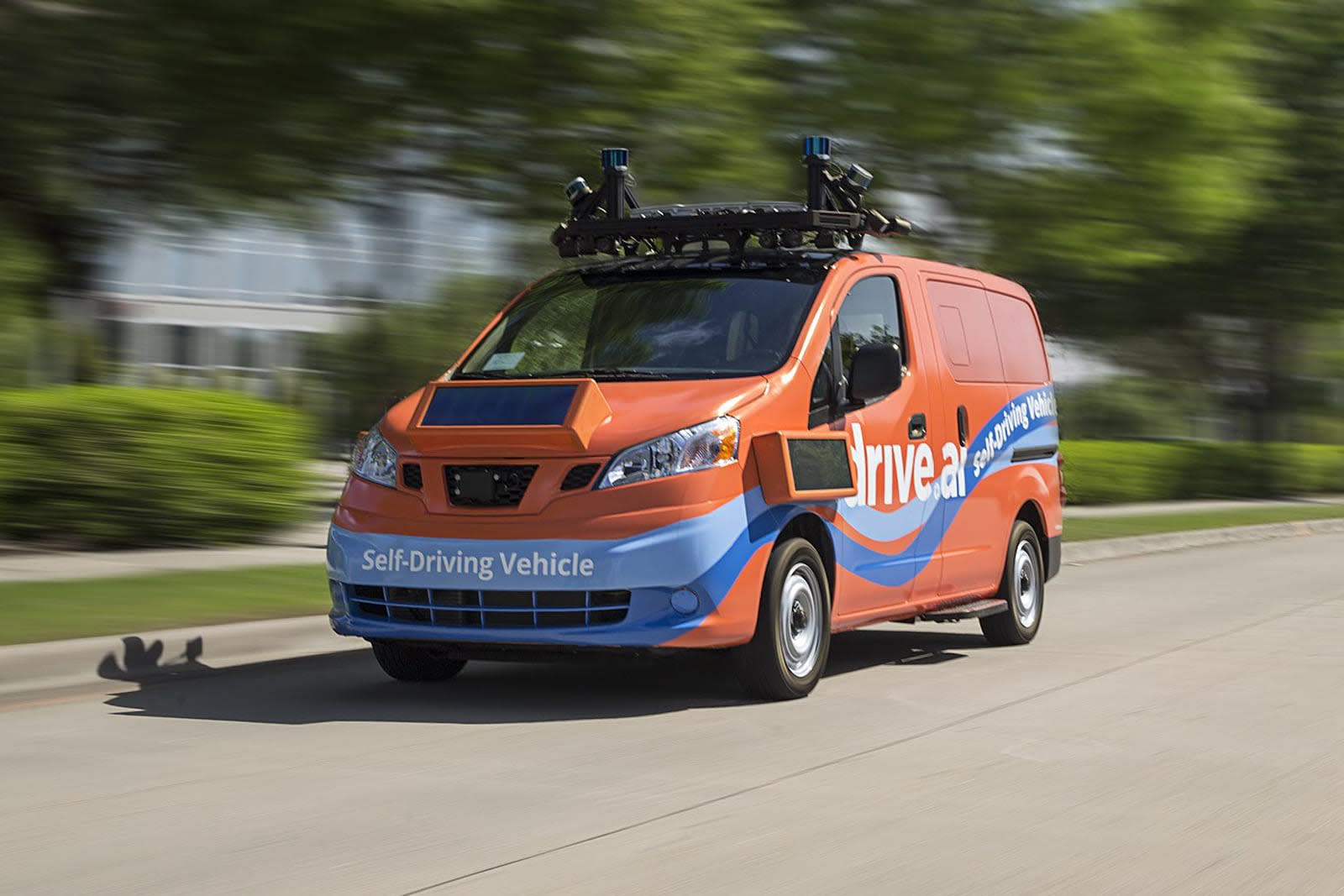 Self-driving car companies are quickly coming to grips with some hard financial realities. Sources talking to The Information claim Drive.ai, one of the few companies operating autonomous shuttles, is looking for buyers. It's reportedly shopping itself around to "bigger rivals" and hired an investment bank as an advisor. There's nothing definite, and Drive.ai might opt to raise money if there's no sale, but it's notable that the company might be on the market less than a year after it deployed its first self-driving vans.

The company has declined to comment about a possible sale, but did tell The Information it routinely participated in "strategic partnership discussions" and considered anything that helped it pursue its goals.

A sale wouldn't be shocking. While there are still plenty of companies involved in the self-driving field (California's DMV recently listed dozens), there has also been a lot of consolidation in the past few years. GM bought Cruise Automation in 2016, for example, while Delphi acquired nuTonomy in 2017. Those startups that remain independent are increasingly relying on big backers to fulfill their ambitions. It's not certain whether Drive.ai would need cash, but it's not as flush as its peers (it had raised $77 million as of 2018) and has lost some of its co-founders. A sale could help it remain competitive and buy time while it figures out its next course of action.

In this article: autonomous, drive.ai, gear, self-driving, self-drivingcar, transportation
All products recommended by Engadget are selected by our editorial team, independent of our parent company. Some of our stories include affiliate links. If you buy something through one of these links, we may earn an affiliate commission.