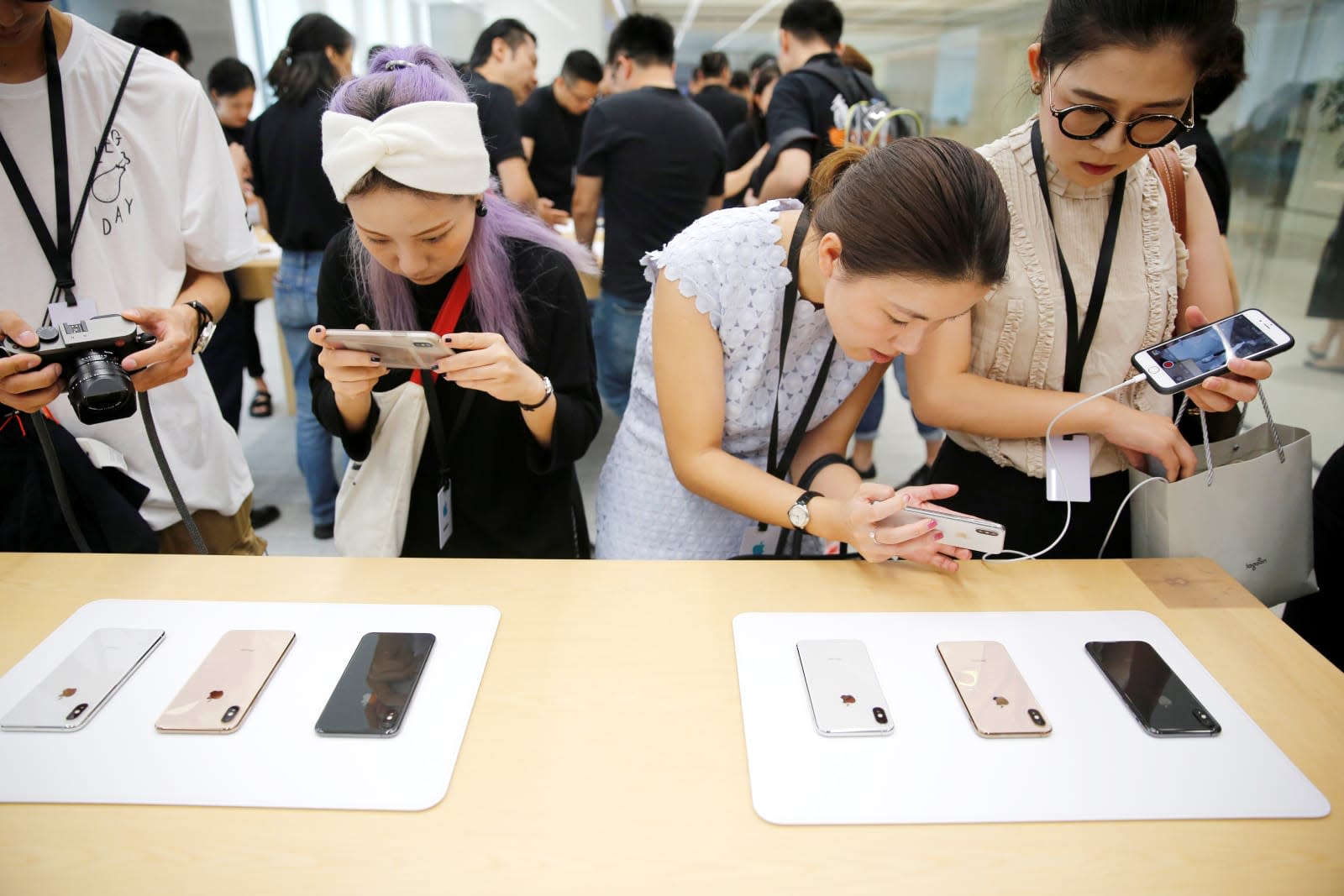 It's no secret that smartphone sales are on the decline worldwide as consumers hold on to their handsets for longer. The trend is particularly visible in China, the world's biggest tech market, and a major battleground for the industry's leading manufacturers. When China slumps, even Apple and Samsung get burned. And the latest official sales data out of the country, via Reuters, paints a dire picture. Smartphone shipments in China fell to their lowest in six years in February, according to a government-affiliated research group.

Overall, handset sales totaled 14.5 million units, down almost 20 percent from a year ago. The latest figures are the lowest since 2013, when shipments totaled 20.7 million. According to Reuters, some of the blame can be laid on a slow February, during which the Chinese were busy marking the Lunar New Year.

The wider regional canvas spans China's economic slowdown -- its worst in almost three decades -- and a tit-for-tat trade war with the US that's seen Beijing place tariffs on $110 billion of American goods. Apple blamed the latter in January, when it told investors that it wasn't going to sell as many devices in Asia as in the past. Tim Cook and co. are now resorting to new tactics to lure shoppers in the region, like interest-free credit on new iPhones -- a notable development for a company that's historically been averse to discounts.

At least Apple can take solace in the fact that it's not the only company that's losing out. According to recent stats from IDC, Chinese upstarts Vivo and Oppo are struggling to improve their sales, despite releasing innovative handsets at competitive prices. Local giant Xiaomi has also watched its numbers dip. Before that, IDC noted that Samsung shipped 13.4 percent fewer smartphones in the third quarter of last year. It did, however, predict that 5G could prove to be the industry's saving grace in 2019. And everyone from OnePlus to Samsung will try to prove IDC right this year.

In this article: business, china, gear, mobile, sales, sales figures
All products recommended by Engadget are selected by our editorial team, independent of our parent company. Some of our stories include affiliate links. If you buy something through one of these links, we may earn an affiliate commission.