PreShow could open up cinemas to entirely new audiences.

Stacy Spikes just wants to get people to the movies. As the co-founder and CEO of MoviePass, he helped popularize the idea of cinema subscriptions. (This was before MoviePass brought in a new CEO and his ambitious -- but ultimately unsustainable -- $10 monthly plan.) As he pondered his next endeavor, he started noticing just how many ads we're subjected to in theaters, something that seems especially egregious as ticket prices keep climbing. And that's not counting the product placement we see in films.

What if you could watch commercials and actually get rewarded for it? That's how PreShow was born. It's an app that lets you earn free movie tickets for watching 15 to 20 minutes of branded content on your phone. That could include movie trailers, behind the scenes features and interactive experiences from related companies. PreShow is launching its Kickstarter campaign today, which lets you snag some early spots on the service, as well as invites for your friends, starting at $60. (There are also $25 and $15 tiers that will get access later this year.) 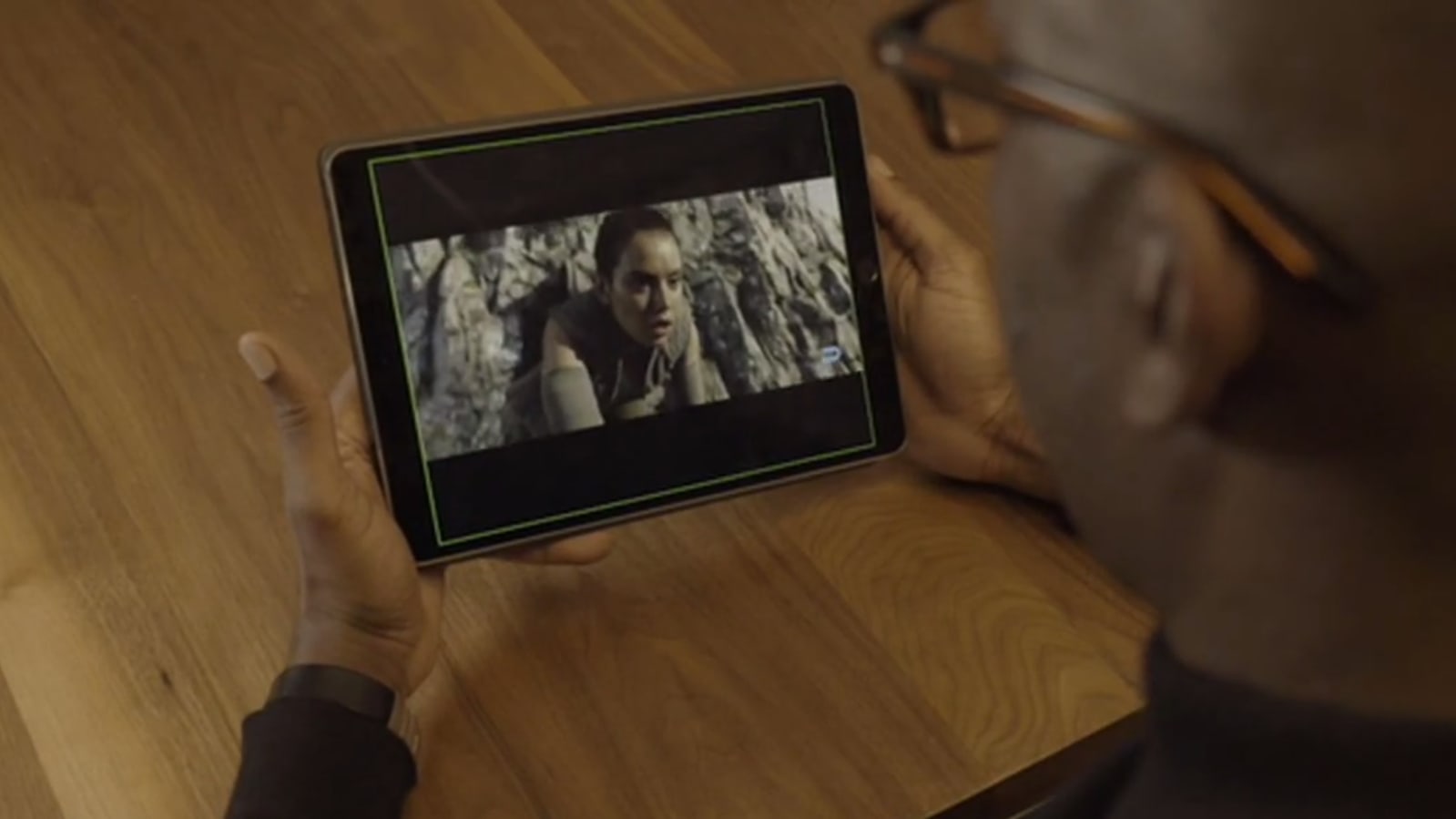 Getting stuff in exchange for seeing ads isn't a new concept -- remember NetZero and Juno? -- but PreShow is handling it in entirely new ways. For one, it relies on Apple's FaceID to log into its iOS app, which helps to prevent fraud. (That was a common problem for MoviePass, since there were a plethora of ways for people to share accounts.) And I'm sure you're asking yourself, what if you just start playing a PreShow ad and walk away? That's where things get interesting.

The company has developed a way to track your gaze to make sure you're actually looking at the PreShow commercial. The app also places a green border around the edges of your screen to confirm that it sees you. If you look away for too long, or leave your seat, the ad automatically pauses and you'll get a red border around your screen. You can later continue watching whenever you like. While Spikes demoed the app, it could easily tell when he was glancing away. And when he looked at the screen again, the ad restarted almost instantly.

Obviously, a precaution like this is necessary to prevent people from completely ignoring PreShow's ads. But it opens a Black Mirror-like door that could get downright dystopian quickly. Just imagine being forced to stare at a commercial before you could see a YouTube video or read an article online. PreShow's gaze tracking technology is patent-pending, and Spikes says he's only aiming to use it to ensure the integrity of the service. But really, there's no telling where this technology could eventually go.

Once you've completed a PreShow sequence, you'll earn points that can be redeemed for a ticket to the associated movie. So far, the service only supports 2D showings, but Spikes says they're working on alternative screenings like 3D and IMAX. There aren't any blackout periods, and you'll be able to watch a PreShow twice to earn points for two tickets. You'll actually have to use those tickets before you can watch that film's ads again, though. As for buying tickets, you can either do that with the app's virtual credit card, or you can request a physical card in the mail for a fee. PreShow will be testing out different methods based on user feedback.

Since this is an advertising-driven platform, data will be a big selling point for marketers. Spikes says they'll only get anonymized data confirming that you've finished watching a commercial. But of course, the PreShows themselves can be gateways for more information. A car maker could offer you more points when you sign up for a test drive through the app, for example. Spikes says PreShow could also be an avenue for for studios to communicate with consumers. After seeing a film, they could create a survey for you to fill out and earn more points. (It seems like a more convenient idea than the film survey companies that camp out in cinemas.) 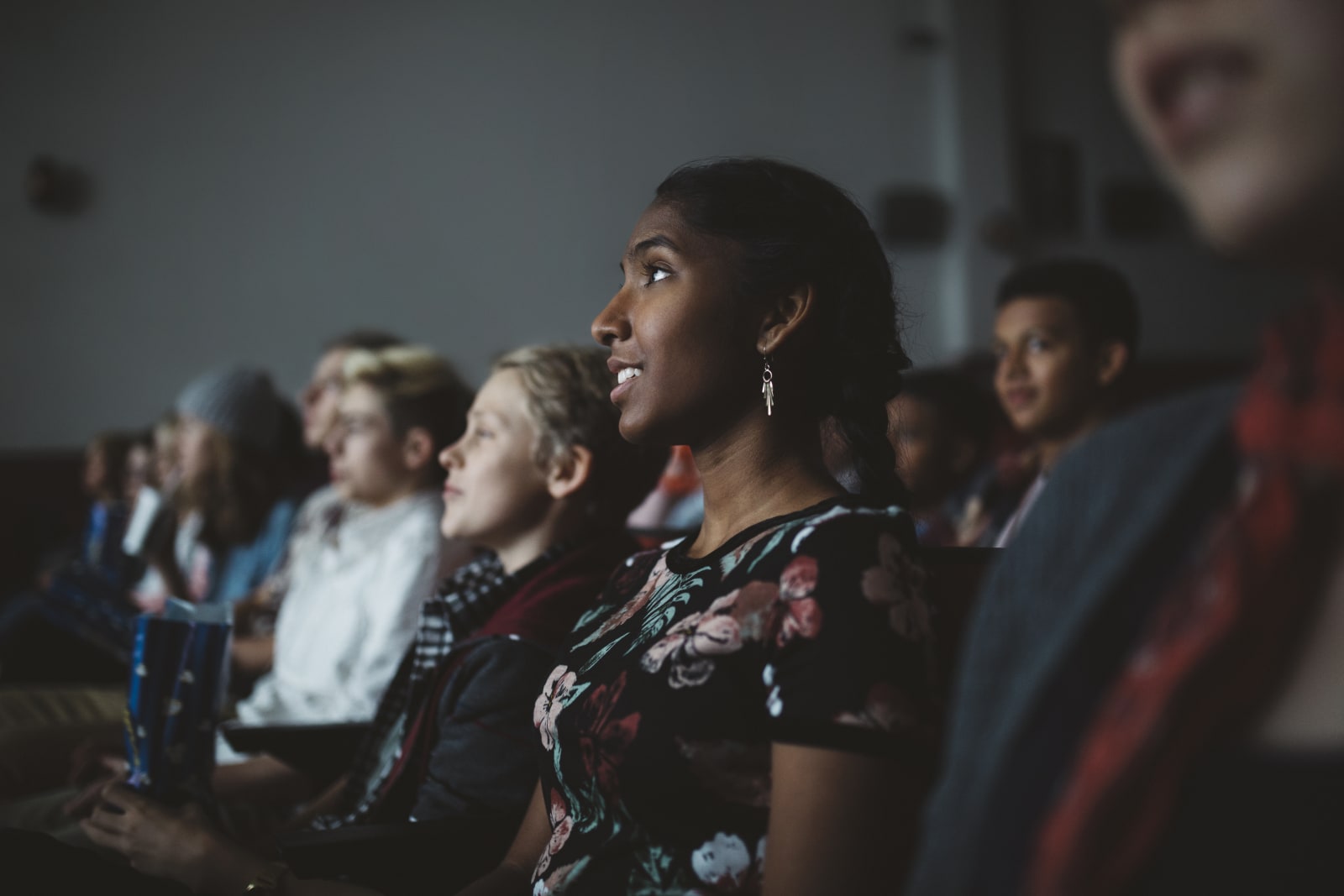 PreShow doesn't have a public launch date in mind yet -- for now, it's aiming to open up for $60 level Kickstarter backers around July, who will each be able to invite 30 of their friends. The second wave of backers should get access to the app in September, along with 10 invites. And it'll open up to the third wave in November with 5 invites.

Even though the main conceit of the app is free movie tickets, Spikes still isn't sure what PreShow will cost when it launches for everyone. It could involve a nominal fee to join up, a small monthly subscription, or it could be completely free. It all depends on what the company sees from its early users.

As someone who has followed MoviePass since its early days, it was always clear Spikes was onto something. (I've moved over to AMC's A-List service, but he was spot on that cinema subscriptions could work.) There's a similar sense with PreShow. Plenty of people wouldn't mind sitting through 15 to 20 minutes of ads if it means seeing the latest Marvel film for free. But, like MoviePass, PreShow could also encourage users to take a chance on entirely new types of films. In the end, that could be great for cinema and theaters alike.