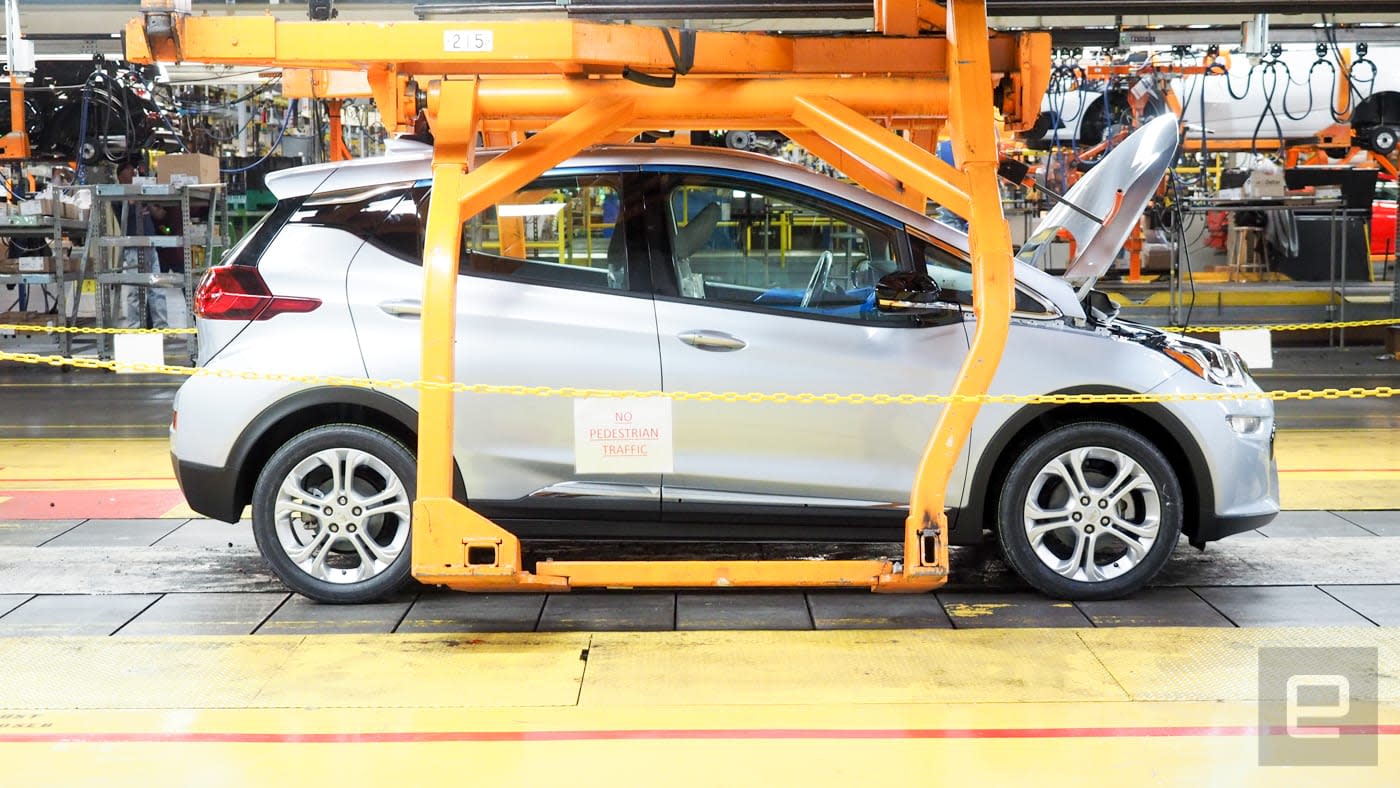 GM has confirmed plans to build another electric vehicle at the same Orion Township, MI factory where it currently manufactures the Bolt, as well as test autonomous vehicles for Cruise. We don't have a name or potential release date for this next EV, but it will use the same BEV3 platform underpinning the recently announced electric Cadillac on the way.

We visited GM's Orion factory back in 2016 as it ramped up Bolt production, and now the plan is to invest some $300 million and add 400 jobs there. This week Ford also announced an expansion at one of its Michigan plants to build more electric and autonomous vehicles, so now all that's left is waiting to hear about a battery-powered Mustang or Camaro.

In this article: BEV3, Chevrolet, electric vehicle, EV, gear, GM, manufacturing, transportation
All products recommended by Engadget are selected by our editorial team, independent of our parent company. Some of our stories include affiliate links. If you buy something through one of these links, we may earn an affiliate commission.