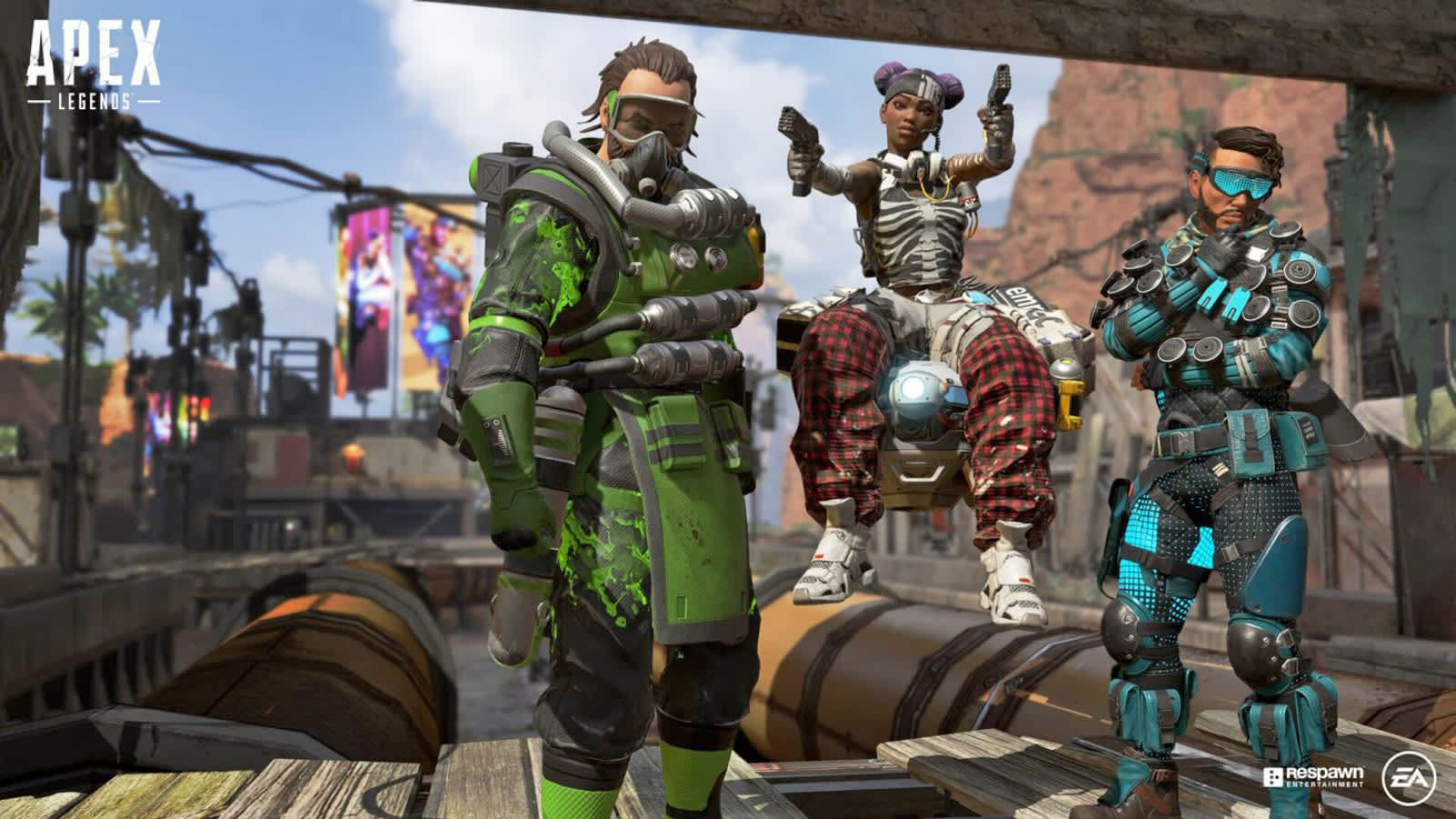 Just over a week ago Respawn announced that it's taking a stronger stance against cheating in Apex Legends. Today, it revealed that it's blocked 770,000 players, 300,000 account creations and 4,000 cheat seller accounts. The company says this is just the beginning of its battle to takedown cheats.

"We can't share details on what we're doing so as to not give a head's up to the cheat makers, but what we can say is that we're attacking this from every angle," the company wrote on its blog. Respawn says it's made reporting cheats in the game easier, committed more resources to detecting cheats and "other sneaky things to combat sellers and cheaters." Respawn is reportedly working with experts across EA, as well as Easy-Anti-Cheat and developers at DICE, FIFA and Capital Games.

Apex Legends' rapid rise to popularity is one reason it has so many cheaters, Respawn said in a recent blog post. In its first week, the game attracted 25 million total players, and in its first month, its fanbase passed 50 million worldwide. It's had to work out a few kinks and has released several patches, including those to balance its most powerful weapons, ensure players' progress isn't erased and resize hitboxes.

But, all of that work in a short amount of time took its toll on the company and its employees. Respawn has since outlined a plan to space out content updates to avoid crunch. It's anti-cheating efforts, though, will be ongoing, and you can expect those updates to roll out as they develop.

In this article: apex legends, apexlegends, av, Blocked, cheaters, Cheating, cheats, ea, entertainment, gaming, respawn, security
All products recommended by Engadget are selected by our editorial team, independent of our parent company. Some of our stories include affiliate links. If you buy something through one of these links, we may earn an affiliate commission.