It doesn't have huge range, but it promises driving thrills.
J. Fingas|07.09.19
@jonfingas

It took years to become more than a concept, but the first all-electric Mini you can keep is official. The Mini Electric (also known as the Mini Cooper SE) is now slated to start deliveries in March 2020, and will hew closer to the conventional two-door Mini in design than the 2017 vision. You won't get massive wheels ('just' 17 inches at most), elaborate headlights or fanciful bodywork. The focus is on what's under the surface -- BMW aims to preserve the Mini's characteristic pep in a more environmentally-conscious format.

The production Mini Electric is based around a 135kW (181HP) motor that brings the car to 62MPH in 7.3 seconds, with a top speed of 93MPH. No one will mistake it for a high-end sports car, then, but that's comparable to the Mini Cooper S. The instant 199 foot-pounds of EV torque and lower center of gravity could give it an edge, too. You won't be taking any long country drives with this when the 32.6kWh battery is estimated to deliver between 124 and 144 miles of range (you'll want an i3 for longer drives), but BMW is clearly betting that this is just fine for the urbanites most likely to buy a Mini in the first place.

The capacity makes it easy to charge, at least, with a 50kW fast-charging station delivering 80 percent capacity in 35 minutes.

As you might imagine, the cabin is just as tech-laden as the powerplant. The usual instrument cluster is now replaced by a 5.5-inch screen (below) that shows your battery level and other EV-specific vitals. You'll also find a standard 6.5-inch touchscreen in the center with Apple CarPlay, Mini Online and real-time traffic updates, not to mention electric touches like maps that show nearby charging stations. Upgraded models add perks like Park Distance Control, a rear camera and driver assists. Go all-out for the premium model and you'll get an 8.8-inch touchscreen, wireless phone charging, parking assistance and a Harman Kardon audio system. 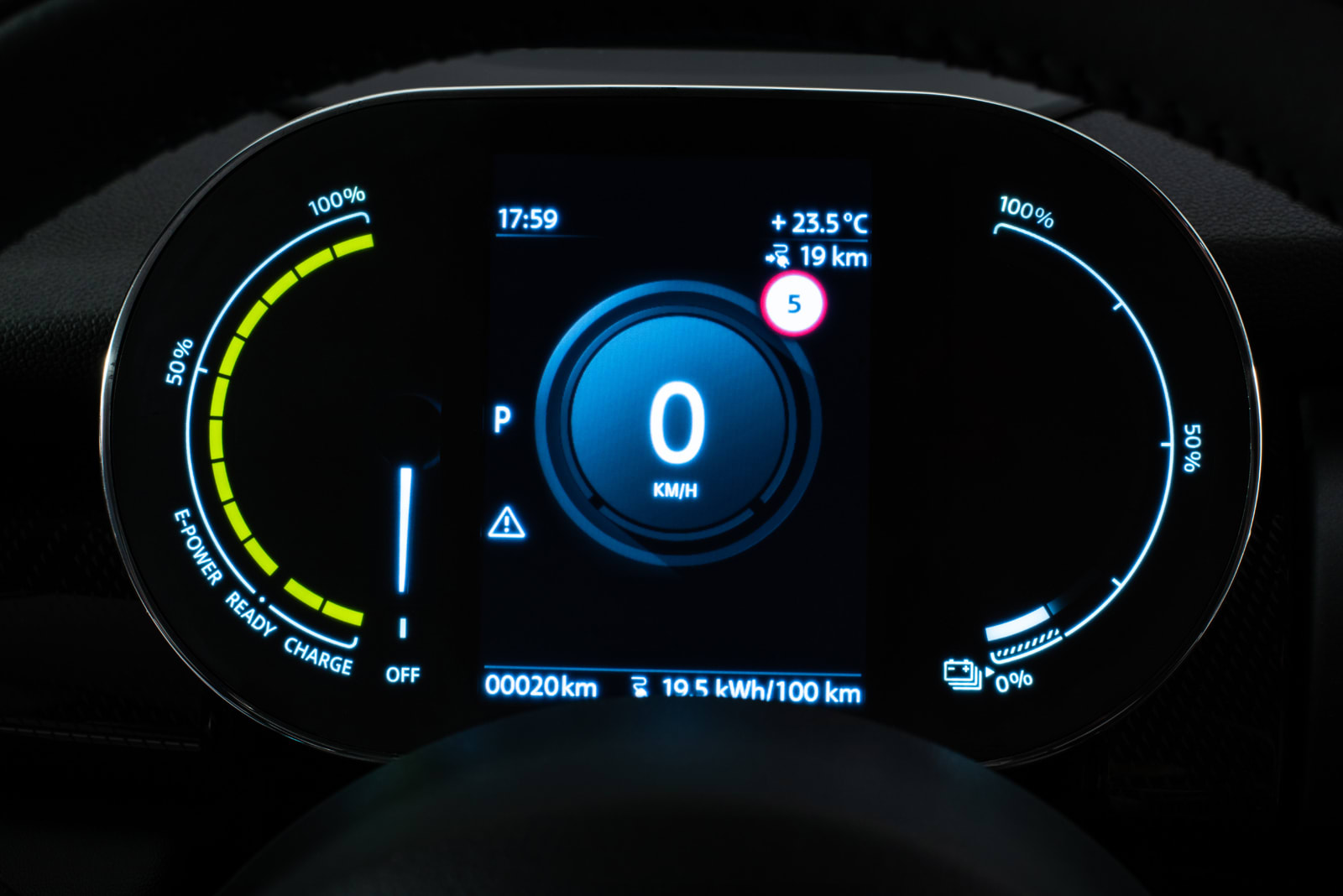