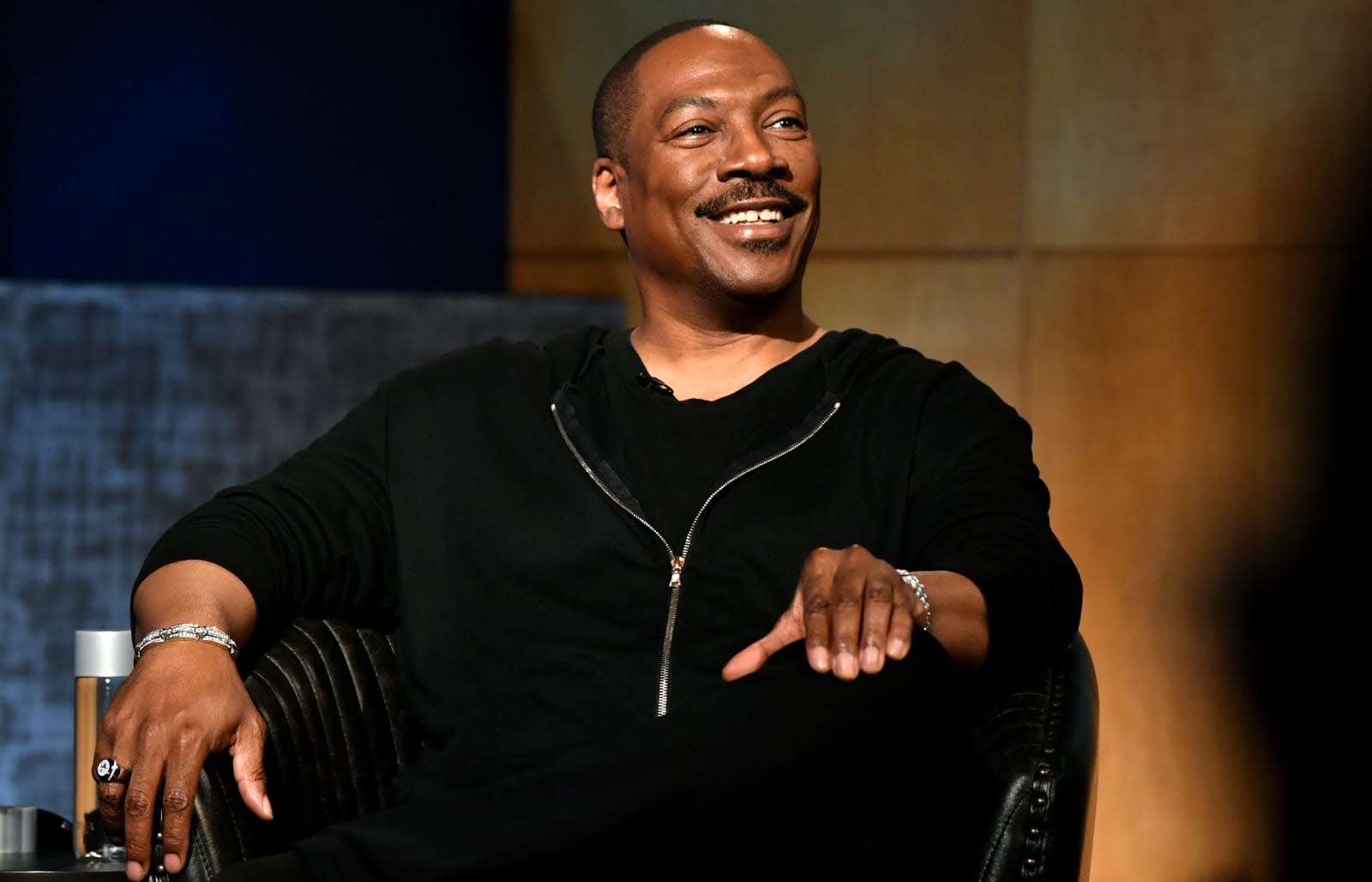 Eddie Murphy might be better known these days for his work on the screen, but it was on the stage that he got his start. His stand-up specials Delirious and Raw are often ranked among the best ever, and Murphy has been open in recent years about wanting a return to live performance. Netflix might help him make the leap, as it's reportedly in talks with him for several stand-up specials.

According to TMZ, Netflix may be willing to pay $70 million for an undisclosed number of specials. While that's a huge figure, especially given reports about Netflix trying to be more conscientious about the original content it spends big on, that's in line with what it paid other A-list comics. Dave Chappelle is said to have earned $60 million for a trio of specials, which Chris Rock apparently scored a $40 million deal for two of his own. Ellen DeGeneres, meanwhile, reportedly earned $20 million for her special.

Netflix has long been investing in original comedy, but it might be under a little more pressure to find hits and big names that will really move the needle. In its latest earnings report, Netflix said it had a net loss of US subscribers for the first time in years. Its user numbers still increased year-over-year, but it missed a key target. Subscribers grew by 2.7 million, though Netflix predicted around 5 million would join over the quarter.

Netflix is looking for ways to attract new subscribers and keep its existing ones without some popular third-party shows such as The Office and Friends, both of which will be departing for other streaming platforms in the not-too-distant future. It remains to be seen whether Eddie Murphy's apparent return to stand-up will be a big enough hook for viewers.

In this article: av, business, comedy, comedy special, eddie murphy, eddiemurphy, entertainment, netflix, stand-up, stand-up comedy, stand-up special, standup, standup comedy, standup special, standupspecial, streaming
All products recommended by Engadget are selected by our editorial team, independent of our parent company. Some of our stories include affiliate links. If you buy something through one of these links, we may earn an affiliate commission.