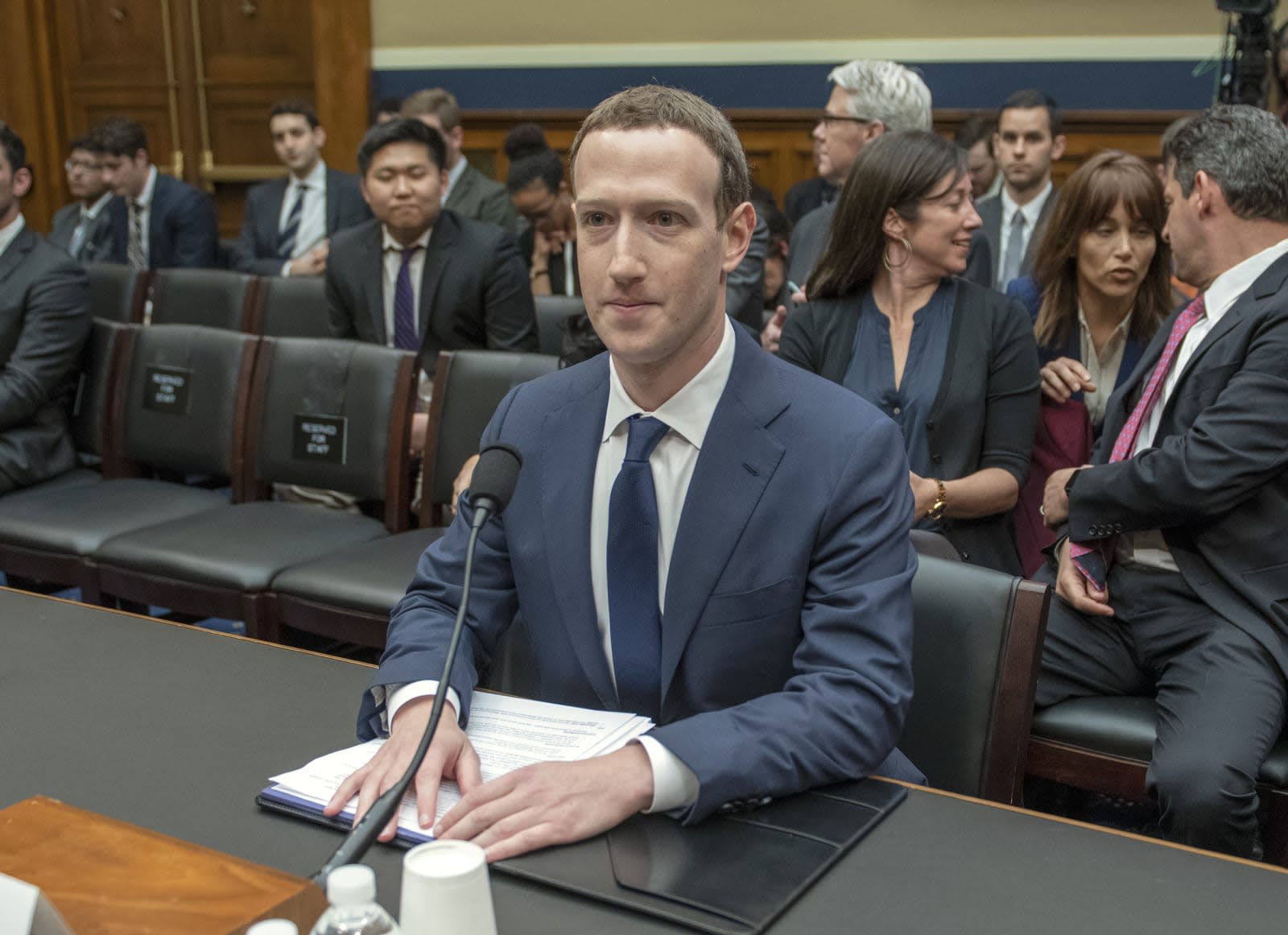 Mark Zuckerberg will be under the spotlight of regulators once again when Facebook's CEO testifies before the Financial Services Committee this month. The congressional panel is set to grill him October 23rd over Facebook's planned cryptocurrency Libra and digital wallet Calibra.

Zuckerberg will be the sole witness at the hearing, titled "An Examination of Facebook and Its Impact on the Financial Services and Housing Sectors." Until now, Facebook has opted to mainly send Calibra CEO David Marcus to discuss Libra with regulators.

Facebook announced Libra and Calibra in June, and planned to roll them out next year. It hasn't exactly been smooth sailing for the cryptocurrency since. Regulators in the US, UK and EU, along with central banks, have sought answers about the stability and privacy implications of Libra.

France and Germany have said it should be banned in the European Union. They argued it'd pose a challenge to governments' "monetary sovereignty." Meanwhile, PayPal has dropped its support for Libra, and Visa and Mastercard may follow suit.

In July, the Democratic members of the committee proposed legislation to block Facebook and other major tech companies from launching cryptocurrencies. Even if the bill doesn't make much progress towards becoming law, it highlights a degree of wariness about Libra from lawmakers, and suggests the committee members will have plenty to ask Zuckerberg about.

In this article: calibra, cryptocurrency, facebook, financial services committee, financialservicescommittee, gear, libra, mark zuckerberg, markzuckerberg, politics, services
All products recommended by Engadget are selected by our editorial team, independent of our parent company. Some of our stories include affiliate links. If you buy something through one of these links, we may earn an affiliate commission.