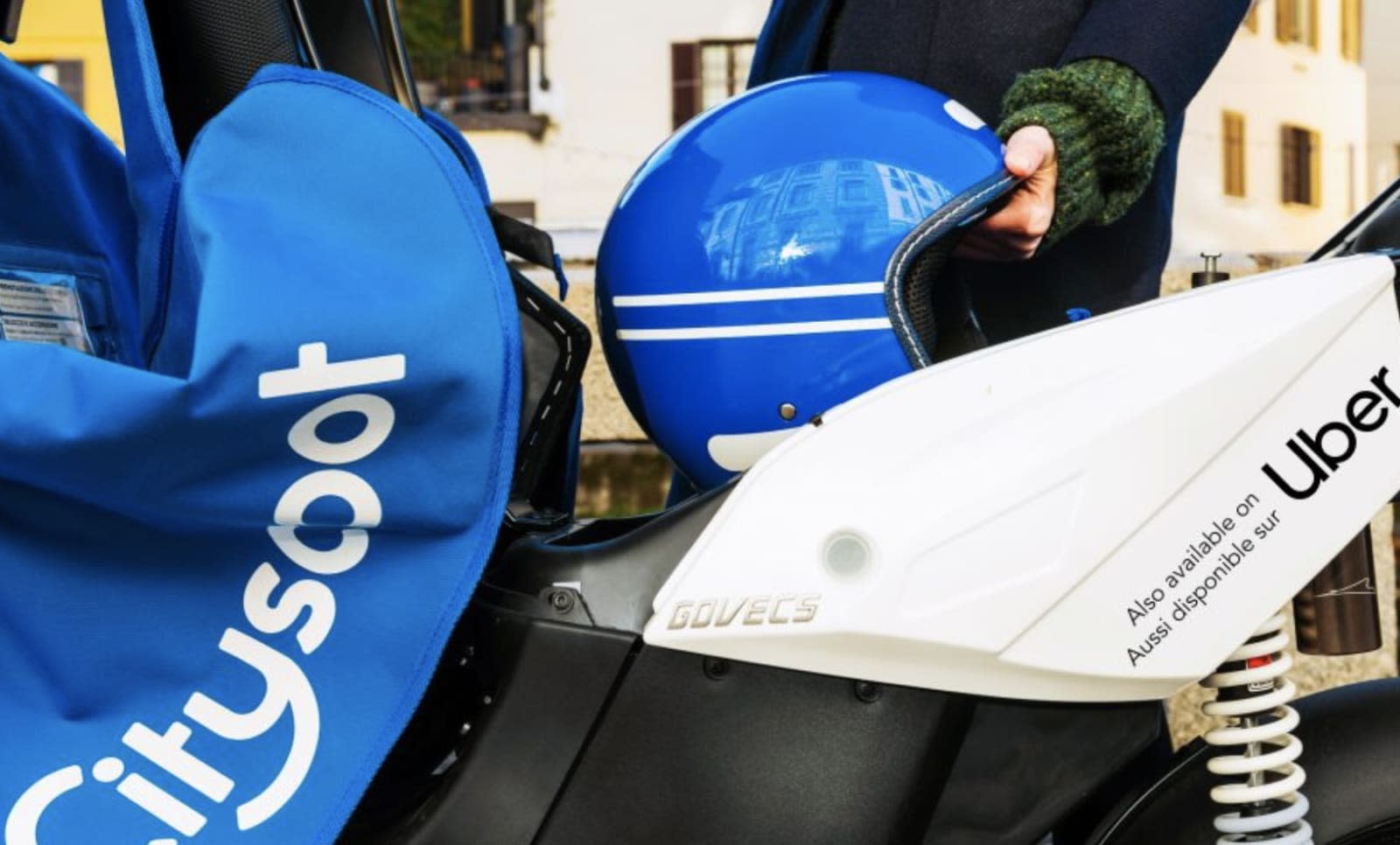 Beginning next month, Uber users in Paris will be able to book trips on Cityscoot's electric mopeds through the app. This marks the first time Uber has offered e-mopeds through its app, and the company says it's part of its goal to become a one-stop shop for all transportation needs.

Uber recently added public transit info to its app in Paris -- as it's done in the Bay Area, Denver and London. So, when the e-moped partnership goes live, users in Paris will be able to choose from traditional ridesharing, scooters, bikes and mopeds. Cityscoot has a fleet of 4,000 electric mopeds, and it will offer them at the same price through the Uber app. 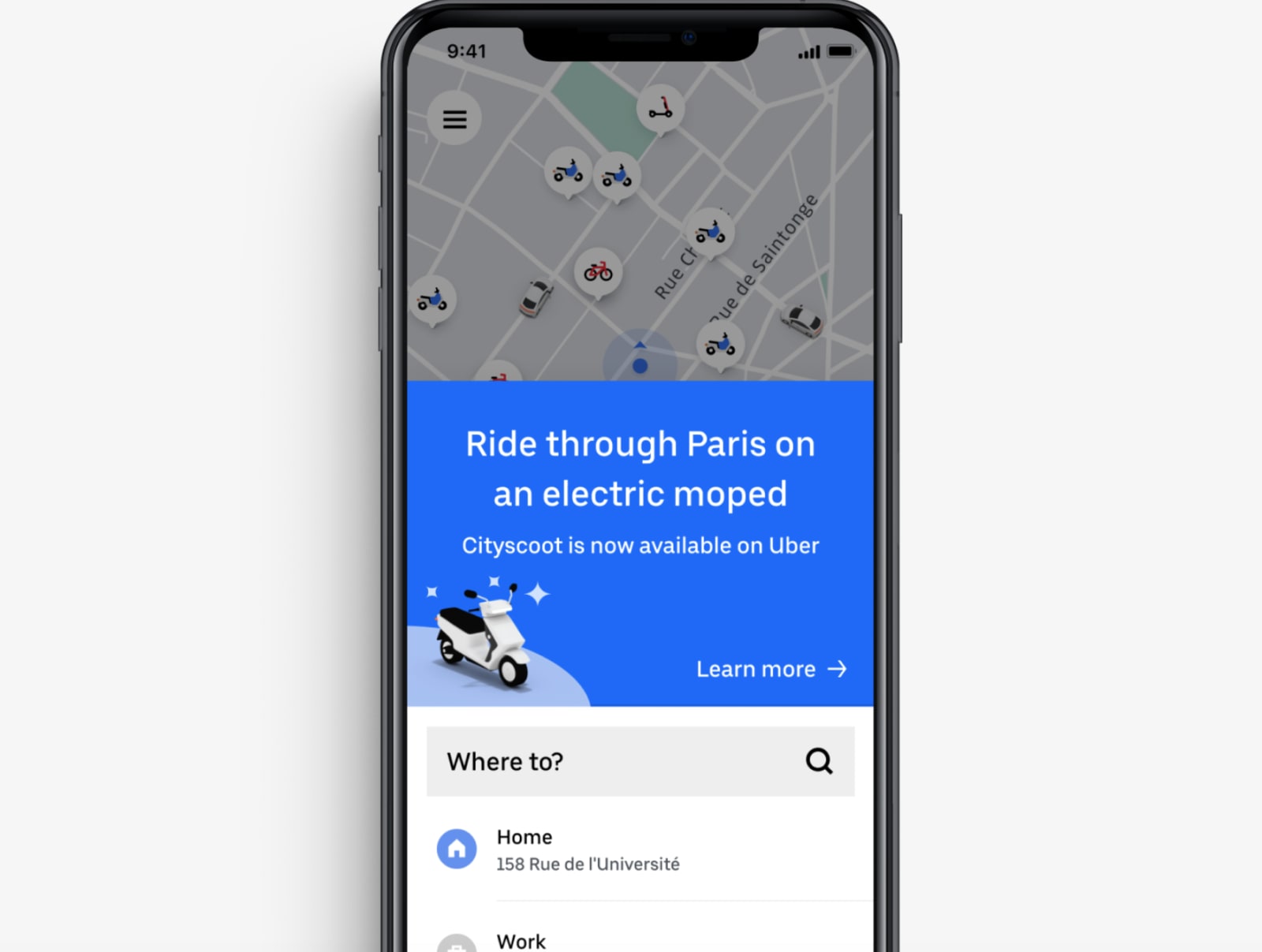 Uber believes the options will complement each other, not compete. It says its JUMP scooters are ideal for very short trips (less than two kilometers), while JUMP bikes are best for short distances and e-mopeds fill the need for mid-distance trips. It predicts that users will still opt for cars for longer distances (nine kilometers on average).

Despite having 100 million users, Uber has been losing money. Last month, it rolled out a major app redesign to test brining all of its services under one app. "We want to be the operating system of your life," said CEO Dara Khosrowshahi. The Cityscoot partnership is another step in that direction.

In this article: app, business, cityscoot, e-moped, electric moped, gear, moped, paris, partnership, ridesharing, transit, transportation, uber
All products recommended by Engadget are selected by our editorial team, independent of our parent company. Some of our stories include affiliate links. If you buy something through one of these links, we may earn an affiliate commission.