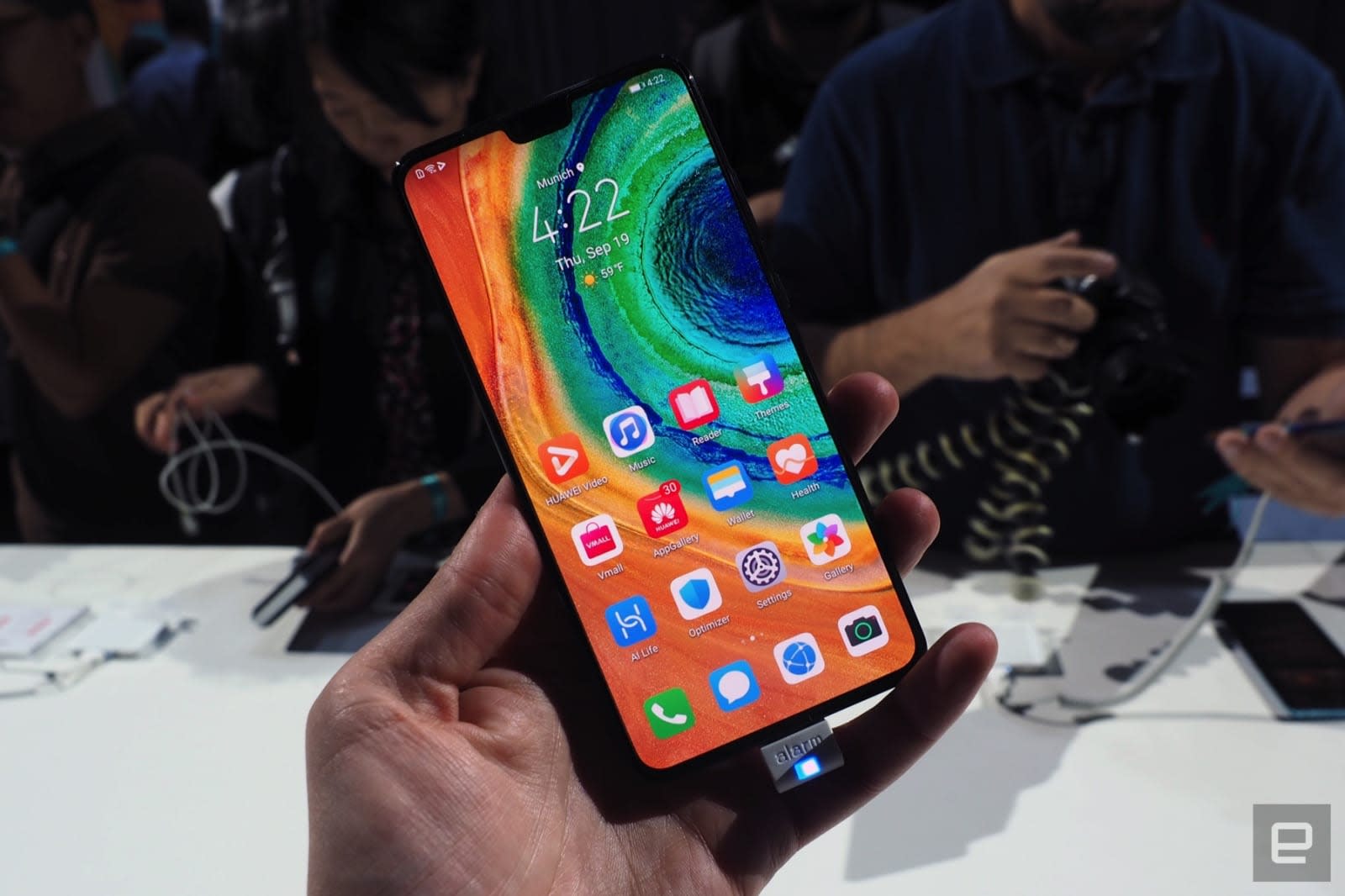 ARM will keep supplying Huawei with its chip designs at least through the next generation, the company said. That's a reversal from earlier this year, when ARM had reportedly notified personnel to halt all dealings with the Chinese company. "ARM can provide support to HiSilicon for the Armv8-A architecture, as well as the next generation of that architecture, following a comprehensive review of both architectures, which have been determined to be of non-U.S. origin," the company told Engadget in a statement.

ARM, purchased by Japan's Softbank for $32 billion back in 2016, was forced to halt its business with Huawei after the US effectively forbade US companies from dealing with it. Last month, Huawei was forced to release the Mate 30 Pro without Google Play, Google Maps, YouTube and other key Google services. However, it was able to find alternative suppliers for other components and makes its own Kirin 990 mobile processor for the Mate 30 using ARM's design architecture.

Losing access to ARM's designs would be "an insurmountable obstacle for Huawei," an analyst told Engadget earlier this year. Now, it looks like the company (and it's chip divison, HiSilicon) will be fine in that regard, at least for now. While ARM said that its Armv8-A and next-gen architecture are of UK origin, it's not clear if any designs beyond that would be approved.

"Arm is actively communicating with department officials regarding any support of our partner HiSilicon, and we remain confident we are operating within the parameters of those guidelines," it said.

As it stands now, Huawei is doing just fine without Google's services, having increased revenue despite the sanctions. It's no doubt hoping that relations between China and the US will warm up, but that's looking pretty hopeless at the moment.

In this article: ARM, Design, gear, HiSilicon, Huawei, Kirin, mobile, Processor
All products recommended by Engadget are selected by our editorial team, independent of our parent company. Some of our stories include affiliate links. If you buy something through one of these links, we may earn an affiliate commission.