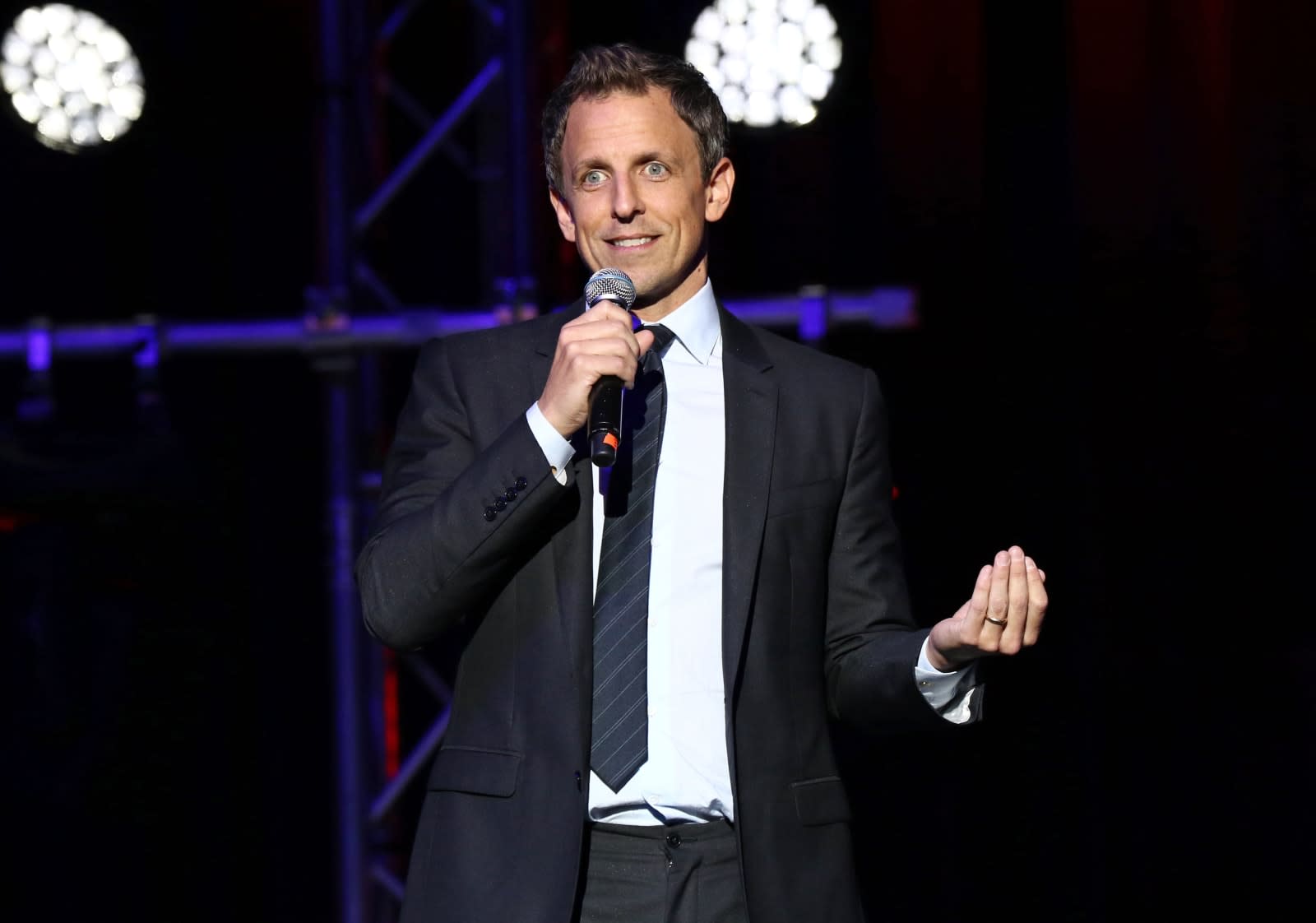 If you're a Seth Meyers fan who wants to catch the talk show host's stand-up special on Netflix, you're likely fine with whatever gags it includes about Donald Trump. Meyers doesn't exactly lay off from making jokes about the president on Late Night with Seth Meyers, after all. But if you're perhaps a little fatigued of such gags, you can skip the Trump-focused section of Lobby Baby with a dedicated button.

It'll work similarly to the "Skip Intro" or "Next Episode" prompts you already see on Netflix. Meyers, who brought the idea to Netflix, told CNN the button is just "another joke in the special" and shouldn't be taken too seriously. In fact, he doesn't think many folks will actually use it.

Netflix has tried out other interactive features, such as with Black Mirror: Bandersnatch and the Minecraft: Story Mode game. While the Trump joke button might not have quite the same level of complexity, it's a fun use of Netflix's tech that's unlikely to cause as much commotion as its test of variable playback speeds.

You'll be able to try the button when Lobby Baby hits Netflix Tuesday. More broadly, it's worth considering whether Netflix will adopt a "Skip Scene" button for other purposes. Earlier this year, it warned Our Planet viewers about possibly upsetting scenes they might want to zip past. It's not impossible to imagine Netflix adding a button to skip potentially distressing sections of shows or movies.

As you make your way through @OurPlanet, here are some moments animal lovers may want to skip:

In this article: av, comedy, donald trump, donaldtrump, entertainment, lobby baby, lobbybaby, netflix, services, seth meyers, sethmeyers, skip, standup, standup special, standupspecial, streaming
All products recommended by Engadget are selected by our editorial team, independent of our parent company. Some of our stories include affiliate links. If you buy something through one of these links, we may earn an affiliate commission.