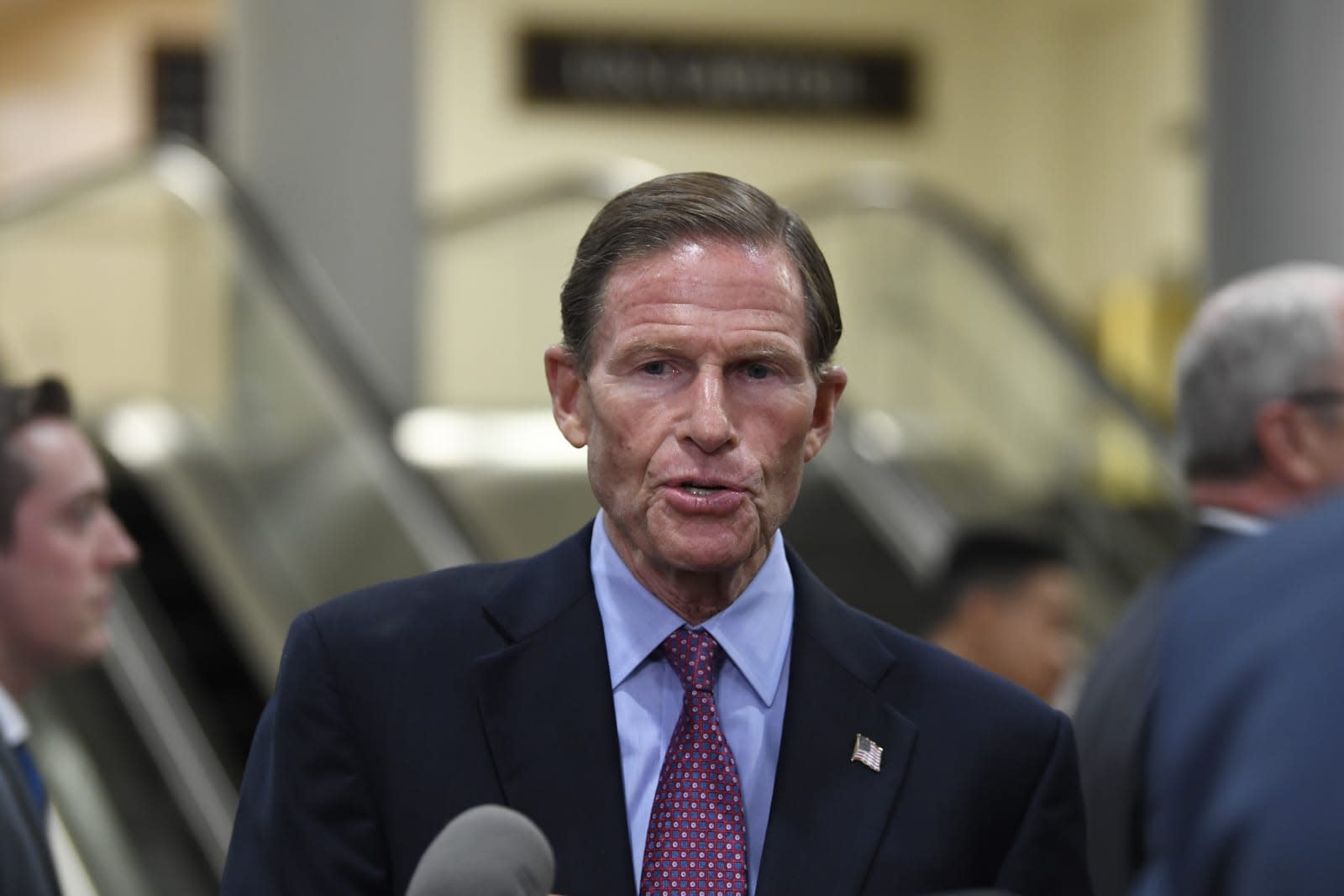 A senator has called on Uber and Lyft to share details with each other about contractors they've banned to clamp down on dangerous drivers who've been kicked off one platform signing up to the other. Sen. Richard Blumenthal (D-Conn.) has also urged them to conduct fingerprint background checks on drivers.

"They have a real responsibility for taking every possible step to do background checks that are reliable and comprehensive," he told the Washington Post. He said both companies had "ambiguous" responses to questions he sent them about ridesharing safety measures. He sought more details following reports about Uber's investigations team allegedly being told to prioritize the company's business concerns, including a ban on sharing details about potentially dangerous drivers with Lyft.

Blumenthal plans to meet with Uber and Lyft, and wants Congress to hold hearings about safety in the ridesharing industry. Both companies use their own background check programs and ones from a company called Checkr. They've recently rolled out other safety-focused features, including panic buttons in their apps, along with more checks on current drivers. But unless current background checks flag something particularly concerning, a driver who's been kicked off Uber or Lyft's platform may be able to sign up to the other one relatively easily.

The companies wrote in their replies to Blumenthal that fingerprinting might result in bias against people of color who may be more likely to be arrested but not convicted per se. New York City requires them to use fingerprint checks. Texas residents voted for fingerprint checks in 2016, but both companies stopped service in Austin until the state legislature and Governor Greg Abbott rescinded the requirement a year later.

Uber and Lyft have faced criticism and lawsuits over their responses to alleged sexual assaults and harassment, as well as how they carry out background checks. Meanwhile, some have suggested that recent changes to Lyft's safety policy to make it more stringent may actually result in it being harder for the company to ban bad drivers while reinstating ones it previously banned.

In this article: background check, backgroundcheck, fingerprint, gear, lyft, politics, ridehailing, ridesharing, safety, transportation, uber
All products recommended by Engadget are selected by our editorial team, independent of our parent company. Some of our stories include affiliate links. If you buy something through one of these links, we may earn an affiliate commission.